Halima Yakoy Adam won’t forget 22nd December in 2015, the day she was supposed to carry out a suicide bomb attack in the Lac Region town of Bol, 200 km north of N’Djamena, the capital of Chad, in Central Africa.

[This story was originally published by the UN News Centre]

“It was market day in Bol and I was with two other girls who like me carried explosives,” the young woman told UN News. “I was just 15 years old. I was given drugs and had been trained by the extremist Boko Haram terrorist group to be a suicide bomber.”

The local authorities detected the three teenage girls and tried to arrest them, but the two other girls detonated their explosive vests, killing themselves and seriously wounding Halima Yakoy Adam. She survived but had both legs amputated below her knees. 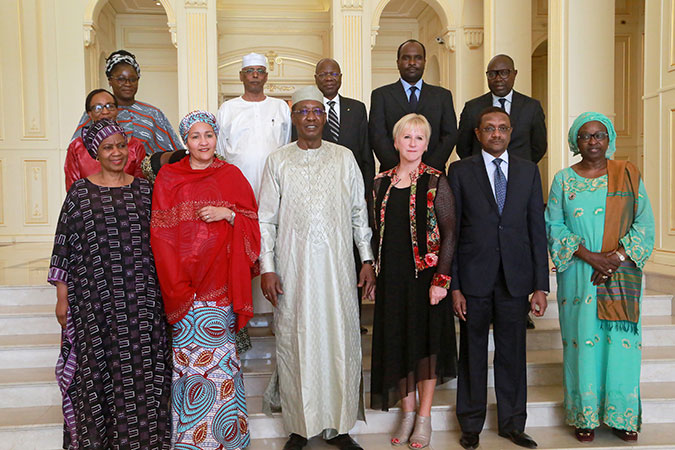 Halima is one of the extraordinary young women, introduced to the United Nations Deputy Secretary-General in Chad on Thursday. UN News is accompanying her and other senior women from the world body, and the African Union, on a high-level visit that will include neighbouring Niger this weekend.

The visit which also included the Foreign Minister of Sweden, Margot Wallström, has focused on the importance of women’s meaningful participation in promoting peace, security and development. 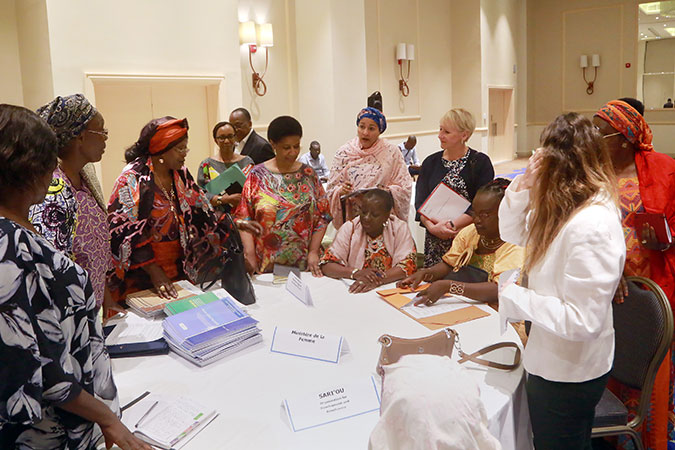 The Executive Director of the UN’s gender agency, UN Women, Phumzile Mlambo-Ngcuka - also part of the mission - said that groups like Boko Haram aim to manipulate young girls to carry out terrorist acts. “What is common to these terrorist groups is the subjugation of women and girls and a denial of their rights”, she told UN News.

“These groups manipulate and exploit inequality. It is for this reason that our efforts to prevent violent extremism need to prioritize gender equality.” She added that “Halima’s story epitomizes the relationship between the lack of power of women and terrorism – a young woman who had no choices over decisions relating to her own life.”