From 1996-2006, the government of Nepal engaged in armed conflict with a Maoist insurgency. Both parties to the conflict routinely tortured, raped, detained and killed women and girls. But the experiences of women have not been fully acknowledged as part of the history of Nepal's armed conflict. “There are so many cases of sexual violence, rape and torture in Nepal that happened during the armed conflict,” says Jaya Luintel, founder of the nonprofit organization, The Story Kitchen. “And we thought, how can we create an alternative space for the stories of women, so that they can tell their stories freely?” The UN Trust Fund to End Violence against Women, managed by UN Women, supported The Story Kitchen’s subsequent justice reporter training. The project trained women survivors to record their own testimonies and those of other survivors of gender-based violence. Beneficiaries learned sensitive interview techniques as well as how to operate handheld recorders and microphones. To date, more than 1,000 testimonies have been recorded by the justice reporters. In 2017, UN Women continued partnering with The Story Kitchen, training 12 women survivors to create short films about their experiences during the conflict. In breaking their silence, women victims and survivors hope to create an enabling environment for truth, justice, dignity and reparations in Nepal. UN Women is committed to breaking the culture of silence around violence against women and securing justice for survivors. Join our annual campaign, 16 Days of Activism to End Violence against Women and Girls. #HearMeToo Photos courtesy of: UN Women/Emily Kenney The Story Kitchen Justice Reporter training supported by: UN Trust Fund to End Violence Against Women The Governance Facility Digital storytelling workshop supported by UN Women Nepal with funding from: European Union Government of Finland Subscribe to UN Women here: https://bit.ly/2AV6WZ8 For more about UN Women’s work, visit: http://www.unwomen.org Follow UN Women here: Facebook: http://www.facebook.com/unwomen Twitter: http://www.twitter.com/UN_Women Instagram: http://instagram.com/unwomen Flickr: https://www.flickr.com/photos/unwomen Medium: https://medium.com/@UN_Women LinkedIn: https://linkedin.com/company/un-women 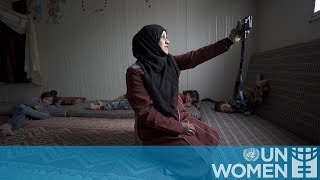 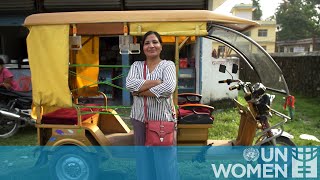 This #WomensDay, we’re innovating for change

On International Women’s Day (8 March 2019), UN Women calls on the world to “Think Equal, Build Smart, Innovate for Change.” Learn more: http://unwomen.org/en/news/in-focus/international-womens-day This International Women’s Day, UN Women focuses on innovative ways in which we can advance gender equality and the empowerment of women, particularly in the areas of social protection systems, access to public services and sustainable infrastructure. With the IWD 2019 theme of “Think Equal, Build... 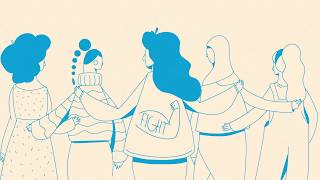 Calling all youth - join the fight for gender equality at CSW

The Commission on the Status of Women (CSW) is a global body to promote gender equality and the empowerment of women and girls. UN Women invites young people from all over the world to the CSW annual session in New York, where they will join thousands of gender equality advocates who are speaking out and demanding change. The Youth Dialogue at CSW is a critical opportunity and a safe space for young people and adolescents to convene and amplify their common concerns and advocacy efforts. 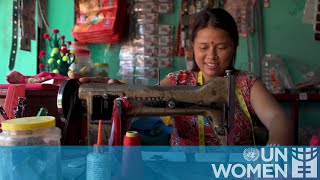 A returned migrant woman in Nepal finds a new start

Basanti Tamang left her home in Nepal to work as a housemaid in Lebanon, only to find that the earnings she sent home had all been spent by the time she returned. Without a job or formal education, Basanti was economically dependent on her husband and faced negative attitudes from her community. After years of struggling to make ends meet, she learned about a tailoring training for returned women migrant workers. The “Future We Want” reintegration programme, a joint initiative of UN Women, Zonta... 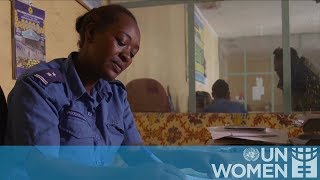 A sanctuary for survivors in Adama, Ethiopia

Gender-based violence is a serious problem in Ethiopia. To support women and girls whose lives are affected by violence, Denmark and UN Women have established Ethiopia’s largest women’s shelter. Since its opening in 2015, the women’s shelter in Adama has helped 680 women, girls and their children to rebuild their lives and move on from a past haunted by violence. The women and girls are provided with accommodation, medical treatment, psychological support and counselling, legal aid, education,... 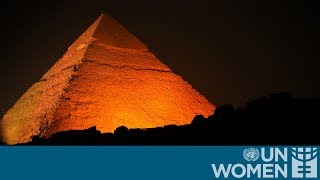 Around the world: 16 Days to End Violence Against Women and Girls

For this year’s 16 Days of Activism against Gender-Based Violence, people around the world mobilized, marched, spoke out and stood up to end violence against women and girls. Building on the momentum of global movements and grassroots campaigns such as ‘#MeToo’, “#TimesUp”, “#BalanceTonPorc” “#NiUnaMenos”, #MetooIndia and “HollaBack!”, the UN theme for this year’s campaign is “Orange the World: #HearMeToo”. Subscribe to UN Women here: https://bit.ly/2AV6WZ8 For more about UN Women’s work,... 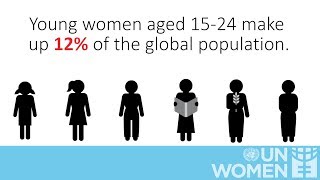 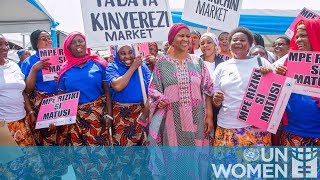 On this year’s International Day for the Elimination of Violence Against Women (25 November), we honor and amplify the voices of survivors and grassroots activists who have broken their silence, and we aim to support those whose voices are still not being heard. Under the theme “Orange the World: #HearMeToo,” UN Women Executive Director Phumzile Mlambo-Ngcuka issues a call to listen to and believe survivors, to end the culture of silencing and to put survivors at the center of our responses. ... 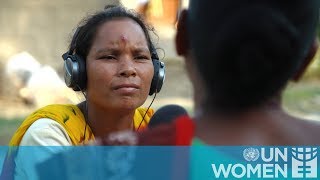 From 1996-2006, the government of Nepal engaged in armed conflict with a Maoist insurgency. Both parties to the conflict routinely tortured, raped, detained and killed women and girls. But the experiences of women have not been fully acknowledged as part of the history of Nepal's armed conflict. “There are so many cases of sexual violence, rape and torture in Nepal that happened during the armed conflict,” says Jaya Luintel, founder of the nonprofit organization, The Story Kitchen. “And we... 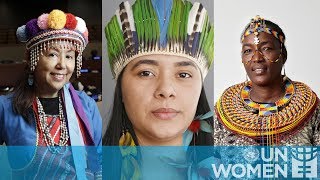 Indigenous women are custodians of their communities’ traditions and natural resources, but they are also among the world’s most vulnerable and marginalized peoples. On International Day of Indigenous Peoples, learn more about the challenges indigenous women face, and how they play key roles in their communities and countries, and contribute to peace building and sustainable environmental practices. 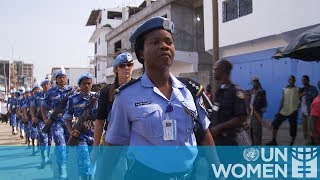 Why do women in peacekeeping matter?

Women are powerful actors in sustaining peace but they make up a minority of UN Peacekeeping forces around the world. UN Women supports trainings that prepare female military officers for peacekeeping operations by providing exposure, visibility and opportunities for professional advancement, creating connections to exchange information and provide support, and promoting gender equality and gender mainstreaming in missions. 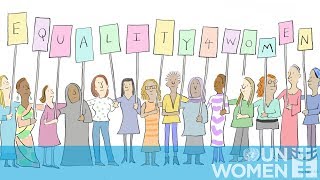 Gender equality through a cartoonist's lens

Cartoonist Liza Donnelly talks about her work and the power of editorial cartoons to disrupt stereotypes and advance gender equality. Donnelly is a cartoonist and writer with The New Yorker Magazine, CBS News, and others. As a Cultural Envoy for the US State Department, Donnelly also travels around the world speaking about freedom of speech, cartoons and women’s rights. She is one of several Cartooning for Peace members featured by UN Women in a collaboration centered around International... 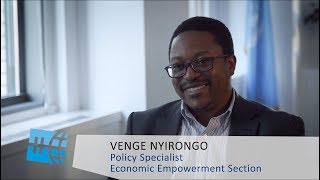 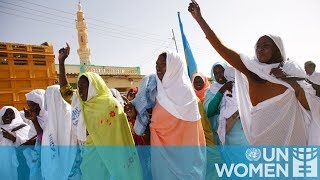 In her message for International Women’s Day on March 8, UN Women Executive Director Phumzile Mlambo-Ngcuka draws attention to the work of rural and urban activists who have fought for women’s rights and gender equality. 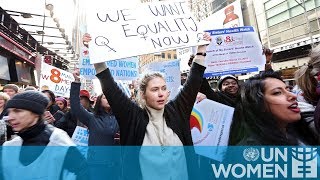 This International Women’s Day, UN Women celebrates the rural and urban activists who have transformed the lives of women around the world. From grassroots campaigns to global movements, women’s activism over the decades has paved the way for women’s rights and a more equal future. On March 8, join UN Women to reflect on progress made, to stand up for change, and to celebrate the ordinary and extraordinary women who have changed the world through their words and actions. The time is now. 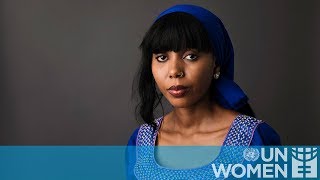 Gambian activist Jaha Dukureh is a survivor of female genital mutilation (FGM) and forced child marriage. As UN Women’s Regional Goodwill Ambassador for Africa, she is committed to ending FGM by mobilizing youth and raising awareness of the harmful practice. Listen to Jaha’s story and learn more about her campaign to end FGM: http://www.unwomen.org/en/news/stories/2018/3/in-the-words-of-jaha-dukureh 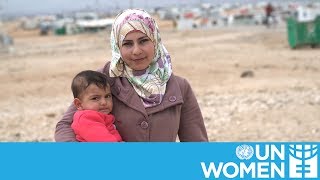 UN Women's cash-for-work programme for Syrian women refugees produces 1,000 baby kits per year which are distributed to newborns and their mothers in the Za’atari refugee camp. This initiative is generously funded by the Government of Japan. 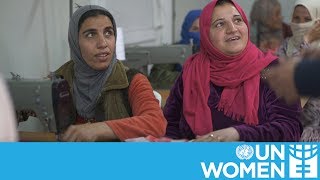 There are 3.3 million refugees and internally displaced persons in Iraq. Many been brutalized by violence and denied access to safety and basic services. Newly displaced women and girls are often marginalized and stigmatized in camps. UN Women - with generous support from the Government of Japan - is working with partners to empower refugee and displaced women and girls through education, counseling and work opportunities. 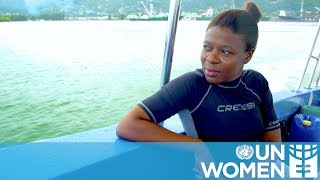 The world’s oceans are in crisis. Climate change has thrown marine ecosystems out of balance, as have pollution and ocean acidification. The ensuing droughts, floods, and extreme weather events hit women and girls harder than men and boys, and threaten the livelihoods of the millions of women employed in fisheries. UN Women works to address women’s and girl’s vulnerability to climate change and make them leaders in sustainable development. 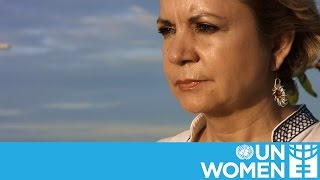 Feminism in times of war and peace

This short documentary captures the stories of the UN Women Civil Society Advisory Group members in Colombia, offering through a personal lens, a look at their lives as women and as gender equality advocates. The most eminent Colombian advocates for gender equality and women's rights are part of the group. The film documents their personal stories and present them as illustrations of the idea that for women, the personal is indeed the political. This short documentary has been produced by the UN...