Actions intensify in response to the Zika virus in Brazil

Brazilian women of reproductive age are on the front lines of the Zika virus epidemic and its most cruel impact: congenital Zika syndrome, which can cause microcephaly and other nervous system disorders. In Brazil, 4,046 suspected cases of microcephaly are currently under investigation, according to a new report released on 5 April by the Ministry of Health. By the end of 2016, national authorities estimate that the epidemic will have reached anywhere from 500,000 to nearly 1.5 million people in Brazil, although only 20 per cent show symptoms.

On this World Health Day (7 April), UN Women, the United Nations Population Fund (UNFPA), the Pan American Health Organization/World Health Organization (PAHO/WHO) and the Special Secretariat of Policies for Women of the Ministry of Women, Racial Equality and Human Rights are beginning the second phase of targeted communication efforts around women's rights in response to the Zika virus. 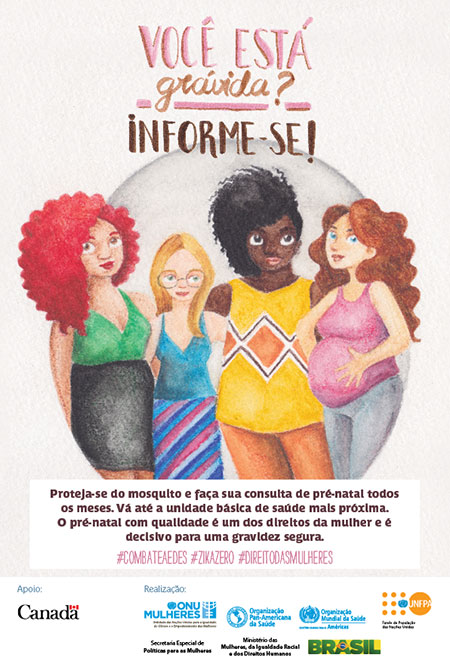 They’ve produced digital cards for use on social networks, and more than 50,000 printed flyers and 15,000 posters, bearing messages like “You're pregnant? Inform yourself!” and “Women: you decide when it’s the right time to get pregnant.” To help spread information and raise awareness among pregnant women and women of reproductive age, men and health professionals, the organizations involved are enlisting the help of civil society and grass-roots organizations. The materials, produced with the support of the Embassy of Canada, will be distributed in basic health units, hospitals, schools, women’s organizations, community centres and associations, especially in the hardest-hit northern and northeastern states.

The first phase of UN Women's communication campaign began in March, with the engagement of UN Women Brazil’s National Ambassador Camila Pitanga in the information campaign led by the Ministry of Health to combat Aegypti Aedes mosquitoes, as well as the production of a series of radio programmes entitled “Long live Maria, with health” (Viva Maria com Saúde) presented by journalist Mara Regia. Gender experts, feminist activists and health professionals have underscored health and rights of women on these radio programmes, which have been disseminated to nearly 2,000 radio stations by Brazil’s state-run communications company Empresa Brasil de Comunicação. 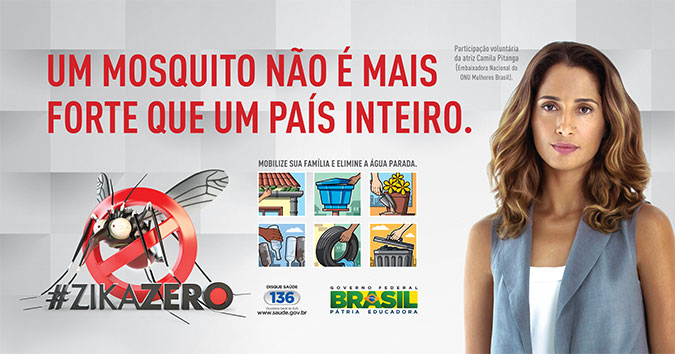 At the launch of the radio programmes, UN Women Regional Director for Latin America and the Caribbean, Luiza Carvalho, highlighted that the response to the epidemic must have the empowerment of women as its main principle: “Now more than ever we have to rely on available health services to provide accurate information and advice, including on women’s range of rights. Above all, women must have the right to choose what to do with their bodies, and be able to make that decision free from any stigma, prejudice or social pressure,” she said.

The right to choose 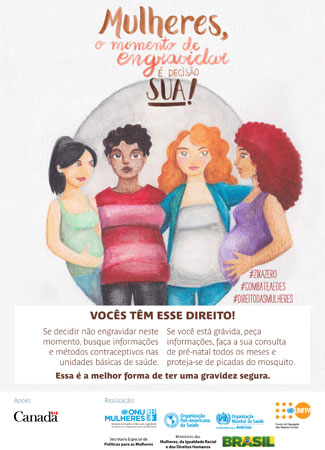 Activist and former UN Women Civil Society Advisor Group member Jacqueline Pitanguy, says women should decide on whether or not to terminate a pregnancy after a diagnosis of the Zika virus, which would require revising Brazil’s legislation on reproductive rights.

This week, the Brazilian Government announced the specialized training of at least 2,000 professionals this year, and over 3,000 in 2017 and 2018, in the areas of prenatal care, birthing and midwifery, early stimulation, for monitoring children born with microcephaly and other Zika-related complications.

Nurse Emanuele Goés, who is a member of the National Health Council and resident of Salvador de Bahia, says the virus has had a disproportionate effect along gender and racial lines. She points out that the predominantly afro-Brazilian state of Bahia recorded the first cases of Zika and 65 per cent of infections reported there are among women. “The Alliance of Black Brazilian Women is questioning which women are the most affected,” said the nurse.

Earlier this year , in March, UN Women, UNFPA and PAHO/WHO organized a meeting with 25 civil society organizations and women’s health experts, installing a Virtual Situation Room to lead coordinating, monitoring and advocacy for the rights and empowerment of women in the context of Zika. The second in-person group meeting is scheduled for 14-15 April in Recife, Pernambuco state—the epicentre of the epidemic.

In mid-May, a third phase of communication activities will begin, developed by the UN and the Brazilian Government. The TV Brasil channel will air a series of reports on the television news show Repórter Brasil, including a special on women's health rights in the context of Zika virus. These reports will showcase the reality of women in the states of: Pernambuco—the hardest-hit with more than 1,800 out of the total of nearly 7,000 current cases; Bahia, a state with more consolidated reporting systems; Paraíba, where Zika research is concentrated; and Maranhão, the most affected state in the Amazon region. Another product under development is a radio soap opera, tailored to public broadcasters in the Amazon region and specifically for indigenous and quilombola (former slave) communities.

Women must be at the centre of the response to the Zika virus, says UN Women Executive Director

Related News
13/06/2016
From where I stand: Maria Judite da Silva Ballerio
12/12/2011
Women, Health, and Development
17/07/2017
Maternal health gets a new boost in Liberia
29/02/2016
Women must be at the centre of the response to the Zika virus, says UN Women Executive Director
30/05/2013
Lakshmi Puri: “Gender inequalities affect health outcomes and must be addressed accordingly”
END_OF_DOCUMENT_TOKEN_TO_BE_REPLACED