A new life for women in Colombia’s artisanal fishing industry

In South-West Colombia, where the civil war has left lasting impact, the Nueva Vida (New Life) project, supported by UN Women and funded by the Embassy of Norway in Colombia, aims to boost women’s income and participation in the fishing sector. 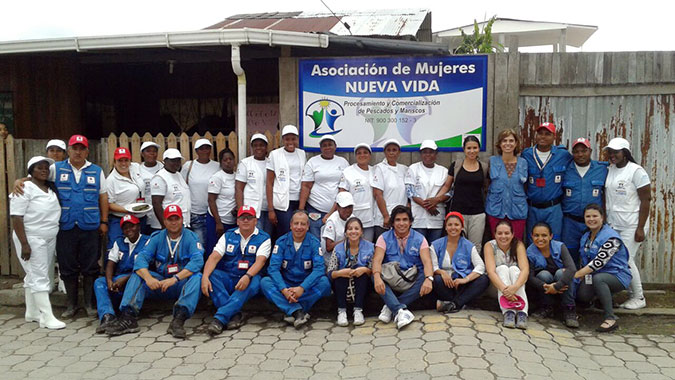 The sun has barely risen at the Pacific coast of Colombia, near Tumaco, in the South-west corner of Colombia. The concheras—women shell fishers—are already out on their traditional wooden canoes, rowing towards the mangroves.

It’s a risky business—the concheras often encounter criminal groups and boats carrying drugs. To witness any illegal activity could have fatal consequences. Mothers also fear sexual assault against the young girls they leave behind when they go out to fish. 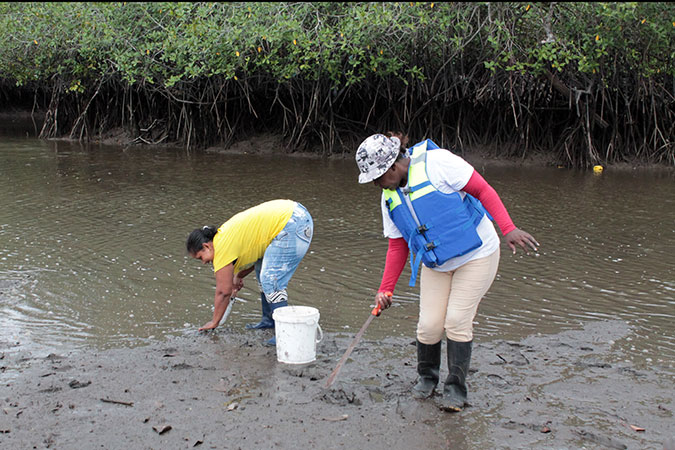 Women in the process of collecting shells. Photo: UN Women

Yet, for the women of Tumaco, collecting and selling pingua—local mollusks, similar to oysters—is one of the few viable options of a livelihood.

“Historically, the women from Tumaco have been the bread-winners. Tumaco is a very poor town, immersed in an illegal economy. Women must work to provide for their families, and we rely on the ocean for our livelihoods,” explains Flor Yolanda, who has been a conchera for more than twelve years and is a founding member of the Association of Shell-collector Women for New Lives (ASCOM Nueva Vida, in Spanish). “By empowering women to contribute legally towards the economy in this difficult and macho culture, we hope to build a more inclusive society,” she adds. Currently, almost 2,805 women of the rural and urban areas of Tumaco work in the fishing sector. 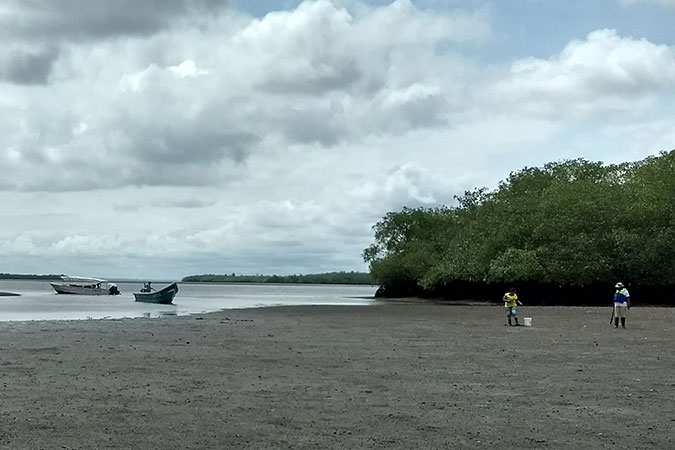 One of the mangrove swamps where women perform the work of shelling, fishing. Photo: UN Women

Flor Yolanda works alongside 22 women, mostly Afro-decedent, as part of the Nueva Vida (New Life) project, supported by UN Women and funded by the Embassy of Norway in Colombia. The project aims to boost women’s income and participation in the fishing sector of South-West Colombia, where the civil war has left lasting impact. Although the conflict formally ended last year, violence is entrenched here, with the presence of various criminal groups and drug traffickers.

In addition to the constant threat of sexual violence, women and girls in the area also experience increased economic instability. For instance, in recent years, the fishing harvest has been impacted by hydrocarbon leaks from the under-water oil ducts, caused by poor waste management systems and explosives set off my armed groups.

“The concheras can make up to 5 dollars per day”, says Yolanda, barely enough to survive and lower than the national minimum wage of USD 8.20.

"For us it has always been difficult to survive with this income,” elaborates Mila Serrano, who works with Yolanda. “But since we became involved with the Nueva Vida project, the training we received has given an added value to our products. This has improved each of our incomes, impacting our lives greatly."

“The project has established partnerships with national entities, such as the National Vocational Training Agency and the National Aquaculture and Fisheries Authority, to train women members of the Nueva Vida Association in business skills, marine legislation, sustainable fishing practices and environmental management. In addition, they are also learning how to process and create fishing products to diversify their incomes,” explains Diana Hidalgo, UN Women programme officer. 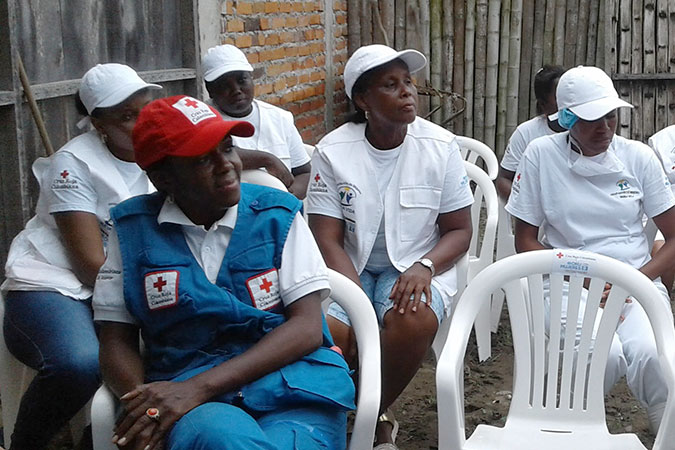 The project supports women in uniforms, to qualify their work. In this way, they use one type of uniform for food handling and another for the time of sale and marketing. Photo: UN Women

The economic development skills come hand-in-hand with women’s rights knowledge. The project is strengthening women’s leadership roles, not only within the organization but also within their families and communities.

“We used to have very little resources and basic methods of working; we looked for the shell, we washed it in the fire place and we sold it. Nowadays, thanks to the project, and the training and resources that we have been provided with, we have a stove, a freezer, a processing table, kitchen utensils and even uniforms! We have a packer and an electrical plant to keep our products fresh. Since UN Women started supporting us, business is booming,” says a smiling Yolanda.

The Nueva Vida project concluded successfully this year and has served as a stepping-stone for women working in the fishing sector in Tumaco. Now they are striving to expand their access to markets outside of Colombia and strategizing on how to further improve the artisanal fishing sector for women across Colombia.