In the words of Pari Ibrahim: “Escaping ISIS is only the beginning, we cannot leave them alone in that journey.” 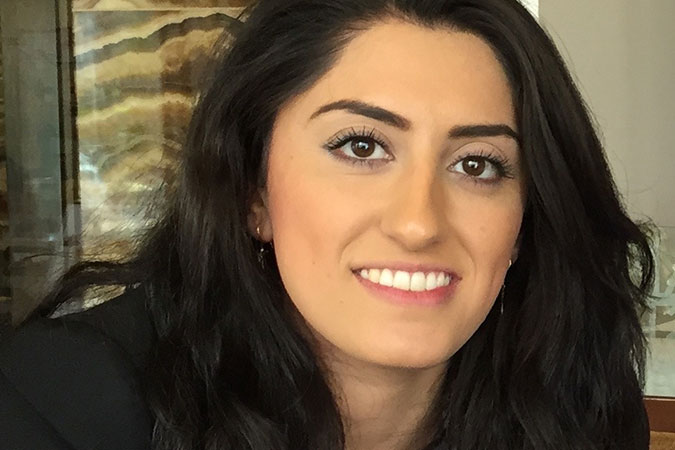 Pari Ibrahim, 27, is the founder and Executive Director of the Free Yezidi Foundation (FYF), an independent, non-profit organization that provides services for women survivors of the violent ISIS attacks on the Yezidi community, in the Kurdistan Region of Iraq. The protracted violence has impacted many, as August 2017 marked the three-year anniversary of the genocidal ISIS attacks. There are still thousands of Yezidi women that are held captive by ISIS. With support from the UN Trust Fund to End Violence against Women (UN Trust Fund), the Free Yezidi Foundation is scaling up the trauma-response component of the organization’s services at their Centre in Dohuk. The Centre is providing post-trauma care and preparing women for employment through livelihood training.

My people have suffered a lot at the hands of ISIS. If you were a man, you were shot. If you were a woman, you were taken away as a sex slave to Mosul in Iraq or Raqqa in Syria. These women have suffered enormous trauma. They have been raped many times a day by different men. That’s why I started the Free Yezidi Foundation—to get trauma care for women and girls so that they can start living their lives again.

Where I come from, people don’t go to the doctor for mental health issues. Deep inside, they [survivors] are suffering immensely, also because of the associated social stigma that implies it is [somehow] their fault that they aren’t virgins, that they can’t marry. In the beginning, a lot of these women and girls committed suicide.

Our women’s centre is a safe space and a refuge for women and girls who have survived the horrors of ISIS. We provide post-trauma experts from outside Iraq so that the women and girls can talk to them without shame and further stigmatization.

We bring the women and girls to the centre for counselling sessions and visit them in their homes. We also talk to their family members. And slowly, I see that they are becoming stronger and healthier. All of our staff at the centre are IDP’s (Internally Displaced Persons) themselves who have been trained to provide psychological support. Many of the women survivors look up to us, working in the centre, because we are women.

In the three years since we started the centre, we’ve already seen a lot of change in the women and girls who have received support. They now express what they feel. You see them being more active, you see them in groups, and you see them making friends—and that makes a big difference, because the social integration is so important for healing. You also see their posture has changed—women and girls are holding their heads up rather than down.

We have more than 100 women undergoing psychological treatment for a minimum of three months. Those who need further treatment, can come back for weekly conversations with their therapist.

At Free Yezidi Foundation, we are led by Yezidi women and we are here to show survivors the possibilities of a new life, out of the shadows of shame and trauma. Escaping ISIS is only the beginning of a painful journey for many Yezidi women. We cannot leave them alone in that journey.”

Related News
14/11/2017
Standing up for survivors in the Shari’a court every day: Ayah al-Wakil is determined to leave no woman behind
11/11/2015
UN Women and WFP unveil expansion of ‘Oases’ safe spaces in Za'atari refugee camp
14/07/2015
The Government of Iraq and UN Women work together for rural women
25/04/2021
From where I stand: “I deserve to live, and work and do whatever is needed to make my daughter happy.”
06/07/2020
Despite compounding challenges, women in Iraq play vital roles in the country’s COVID-19 response
END_OF_DOCUMENT_TOKEN_TO_BE_REPLACED