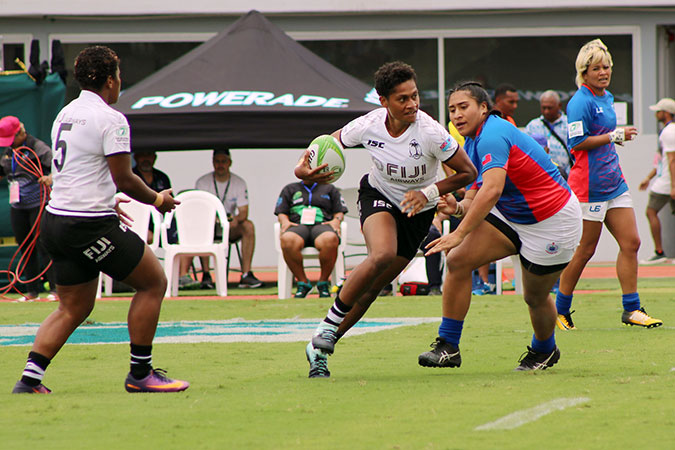 The record number of women players at the Oceania Rugby Sevens Championships, held in Suva, Fiji from 10-11 November 2017, reflects a global movement to achieve equal participation of women and men in rugby. Photo: UN Women/Caitlin Clifford

The involvement of women in sport often defies gender stereotypes, fostering a healthy lifestyle and inclusivity, while transcending race, religion, sexuality and nationality.

Rugby — traditionally a male dominated sport—is starting to make strides in the Pacific towards gender equality, with a record number of women’s teams taking their talents to the field and joining the rugby workforce. 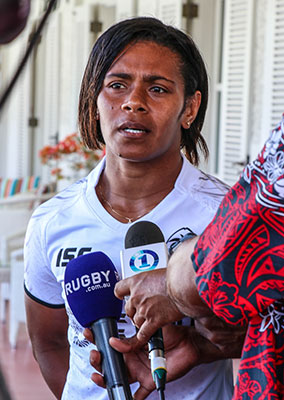 “We are rated among the top four in the 2016/17 world standings,” said Fijianas Rugby 7s captain Ana Roqica. “Ever since I started playing rugby, the crowd used to tell us that it’s a ‘men’s sport’… now they really love how the women are playing rugby,” she said.

“Rugby is my passion. Growing up in my village in Tavua, I used to play rugby with the boys and I’ve grown to love rugby,” said Fijiana 7s player Rusila Nagasau, adding, “It’s that coconut tree on the jersey that makes us proud, as it’s not just about myself but my family and my country.”

To encourage more equal participation of women and men, Oceania Rugby and UN Women Fiji Multi-Country Office signed a Memorandum of Understanding (MoU) in 2017. Through the MoU, both organizations are using their shared mandates and influence to work together on key messages and activities that promote gender equality and challenge social norms through sport.

Demonstrating this commitment, Oceania Rugby is implementing major changes within their organization, such as equal opportunity recruitment for all staff from referees to managers. 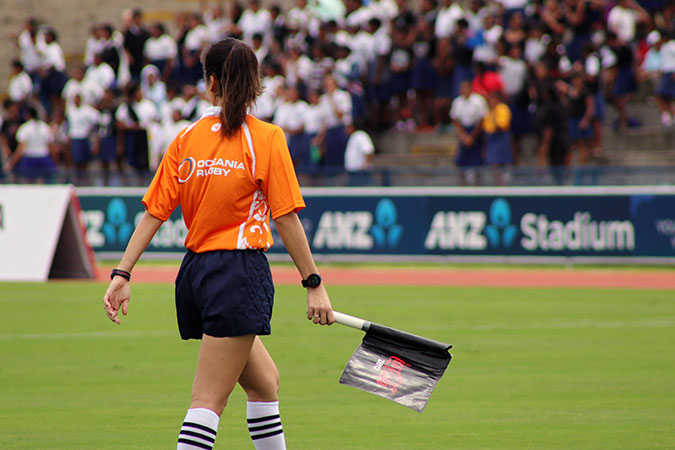 The Oceania Rugby Sevens Championship had a record number of women players and an increase in female coaches, managers and workforce staff.Photo: UN Women/Caitlin Clifford

Oceania Rugby’s growing commitment to gender equality, in line with World Rugby’s new plan to accelerate the global development of women in rugby, was also reflected at the Oceania Rugby Sevens Championship, which had a record number of women players and an increase in female coaches, managers and workforce staff. Ana Roqica, along with many other women, participated in the Championship, a coveted regional competition held in Fiji from 10 – 11 November 2017.

Oceania Rugby President Richard Sapias explained that involving women and girls, men and boys, more equally in rugby is central to the strategic goals of Oceania Rugby. “For Oceania Rugby and World Rugby to work together with UN Women, through events such as the Oceania Sevens, presents an ideal opportunity to support women and girls in rugby, and to encourage their communities to support them, too.” 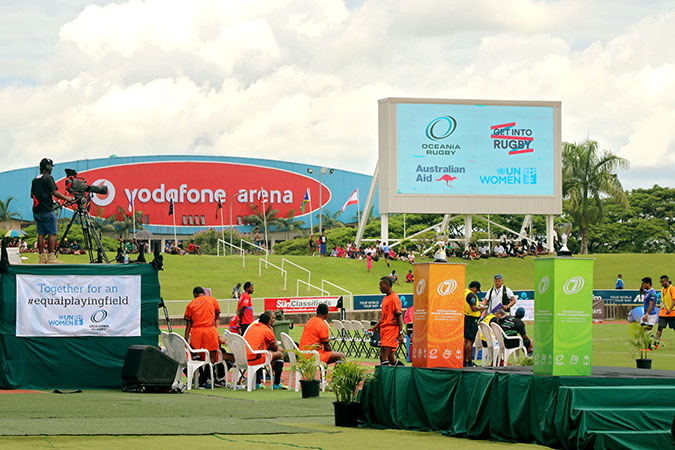 “By supporting more women and girls to play rugby and other sports at an equal level with men, we can encourage social change by demonstrating there is no limit to what women and girls can do,” added UN Women’s Deputy Representative in Fiji, Nicolas Burniat.

In 2018, UN Women and Oceania Rugby will continue their joint advocacy to encourage women’s and girls’ equal participation in sport, leveraging the playing field of rugby for social change to empower women and girls.