A guide to the global gender equality agenda at the 73rd United Nations General Assembly (UNGA 73), who will be there and what’s at stake 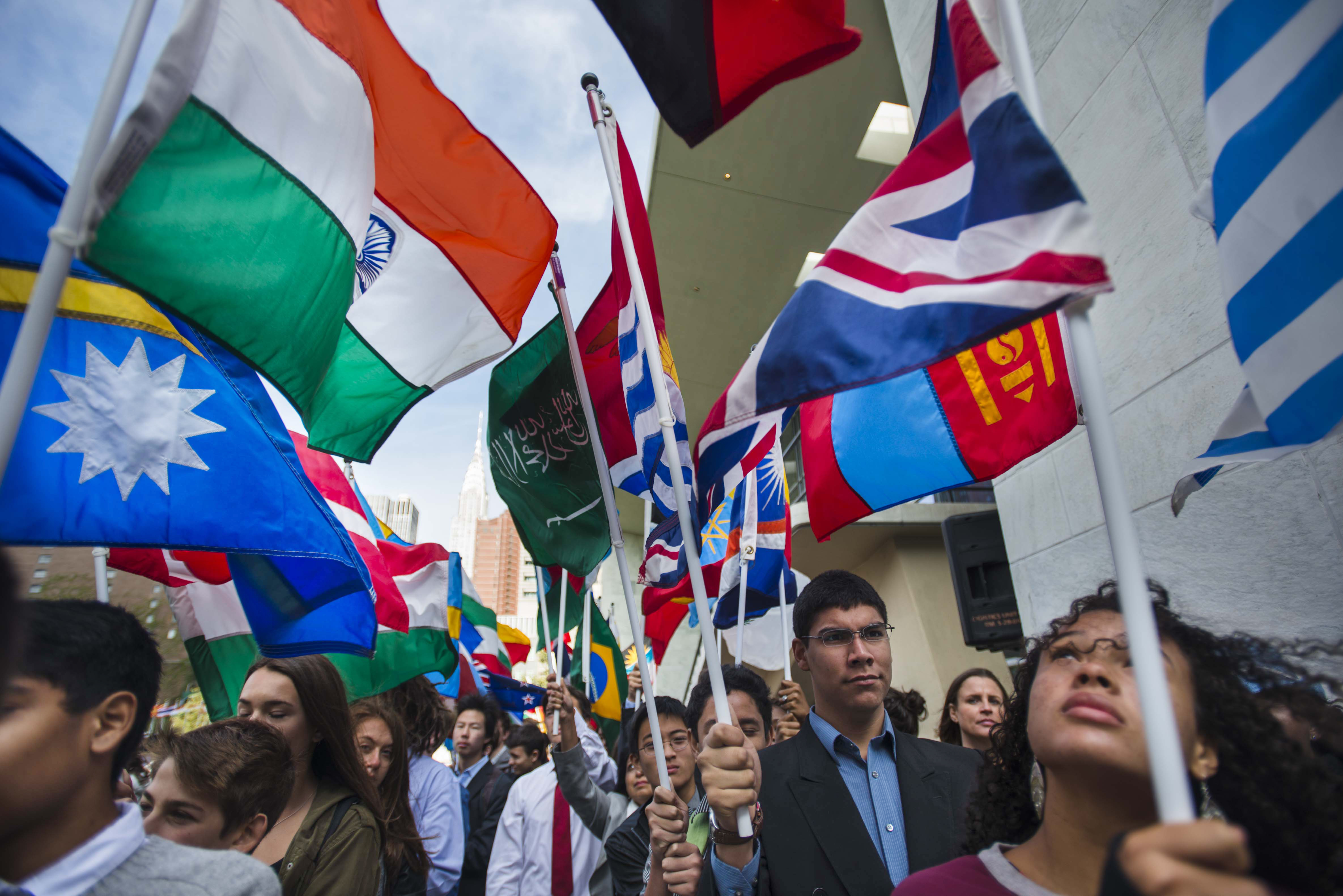 Students carry the flags of United Nations Member States during the annual Peace Bell Ceremony held in observance of the International Day of Peace (21 September), ahead of the 70th session of the General Assembly Photo: UN Photo/Amanda Voisard

The largest yearly meeting of world leaders! What better time than this to highlight the importance, challenges and progress on women’s rights and gender equality.

Even before the General Assembly began, UN General Assembly President-elect María Fernanda Espinosa Garcés called attention to gender-based violence and political empowerment in a speech about the session.

Garcés, just the fourth woman President of the UNGA in its 73 years history, is presiding over this year’s Assembly, which opened on 18 September 2018, at the UN Headquarters in New York. The High-level General Debate, when Prime Ministers and Presidents convene in New York City, will begin on Tuesday, 25 September 2018 and run until 1 October.

The theme for UNGA 73 is, “Making the United Nations Relevant to All People: Global Leadership and Shared Responsibilities for Peaceful, Equitable and Sustainable Societies.” With a dizzying array of speeches by Heads of States, celebrity sightings and diplomatic tweets to keep up with, we’ve outlined where and when to pay close attention to the global gender equality agenda.

Here’s what you need to know:

Why is gender equality an important topic at UNGA 73?

A better world for women and girls is a better world for all. When more women work, economies grow. When women have control of their household income, children benefit from the changes in spending. When women are included in peace processes, there is a higher likelihood the agreement will last longer.

It is paramount that in all aspects of the UN’s work, whether it be peace and security, climate action, or humanitarian assistance, the unique strengths and vulnerabilities of women and girls are acknowledged, accounted for and continuously evaluated. 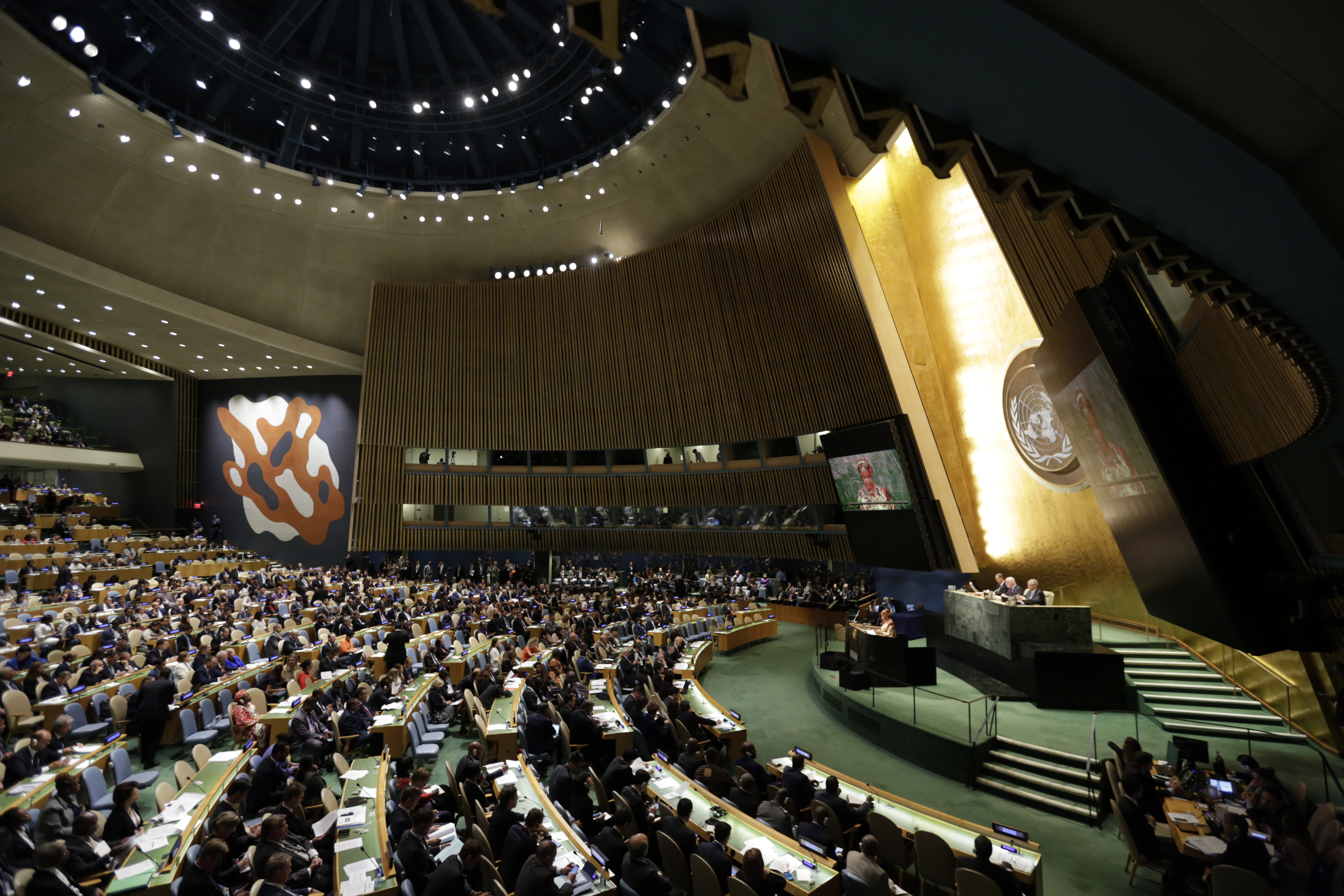 During the 71st session of the General Assembly, Phumzile Mlambo­Ngucka, ExecutiveDirector of UN Women, addresses the opening segment of the United Nations high­level summit on large movements of refugees and migrants on 19 September 2016 in the General Assembly Hall Photo: UN Women/Ryan Brown

Who will be there?

Each UN Member State usually has a team of representatives attending the GA, including the Head of State, Ministers and diplomats. These are people who can shape and influence decisions in their countries and internationally.

Goodwill Ambassadors from many UN agencies, including UN Women, will also participate in events and advocate for specific issues. Many other celebrities and influencers will appear at the SDG Media Zone at the UN, for live interviews and discussions. 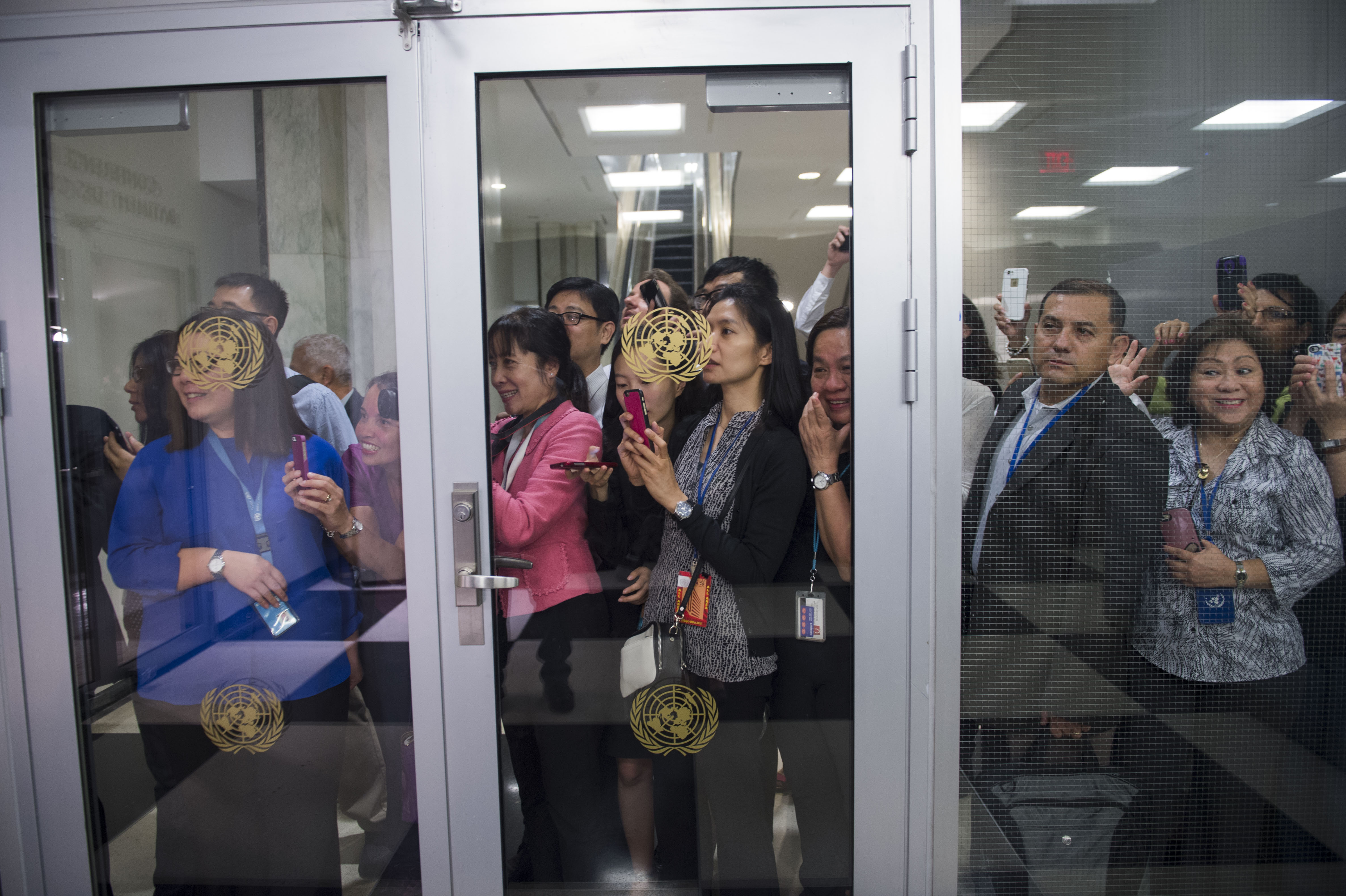 UN staff members take pictures and wave to Pope Francis during his visit to United Nations headquarters during the 70th session of the General Assembly in 2015 Photo: UN Photo/Amanda Voisard

What’s at stake this year?

UNGA 73 will be a time for nations to renew their commitments to global goals, and to engage with policy makers, leaders and activists across all sectors.

Three years since the adoption of the Sustainable Development Goals (SDGs), the global blueprint for development adopted by countries around the world, Member States are speaking to the UN General Assembly on the state of their nations. As gender equality is a critical aspect of each of the 17 SDGs, it's important to listen for how each country is working toward a better world for women and girls.

Throughout the session, in various forms and fashions, many pressing topics for the global gender equality agenda will be discussed, such as equal pay, gender-responsive migration policies and zero tolerance for violence against women.

Interviews and panels at the SDG Media Zone, which will live stream digital content from the UN, will discuss youth and the SDGs, climate action, good health for all, and education, among other topics.

Meetings and events on gender equality to watch for:

Later in the session, 5 and 8 October, the General Assembly delegates will pay particular attention to ending all forms of violence against women and girls, trafficking in women and girls and female genital mutilation. UN Women will present three reports that share best practices and make concrete proposals for further action to tackle the scourge of violence and sexual harassment. For more information, see UN Women’s Media Advisory. 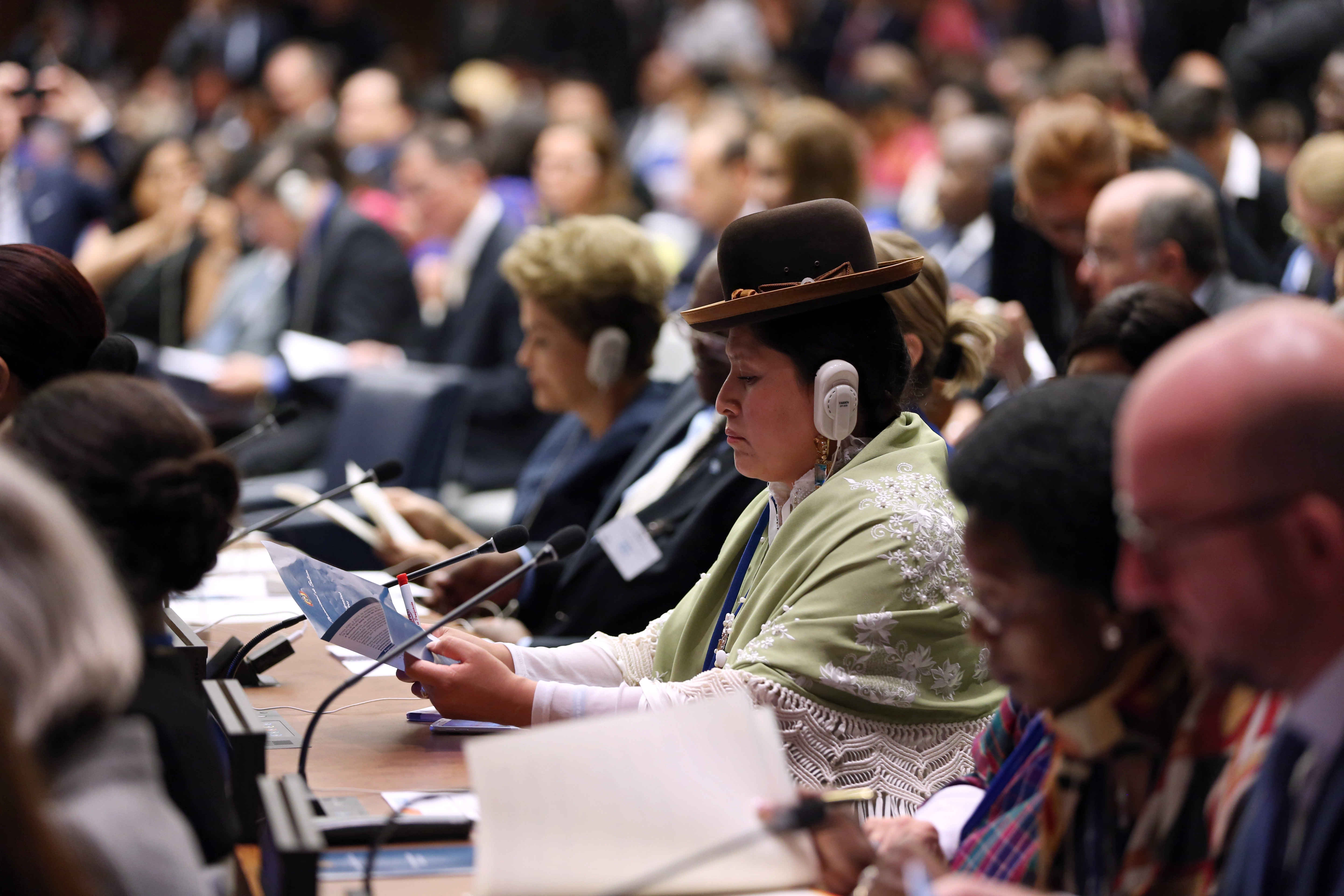 During the 70th session of the General Assembly world leaders convened for the “Global Leaders’ Meeting on Gender Equality and Women’s Empowerment: A Commitment to Action,” hosted by UN Women, to personally commit to ending discrimination against women by 2030 and announce concrete and measurable actions to kick­start rapid change in their countries Photo: UN Women/Ryan Brown

Be a part of the conversation at UNGA73.

During UNGA 73, UN Women wants to hear your experiences and ideas on empowering women and girls across the world.

Use #UNGA when tweeting from or about events.

Tune into webcasts of events and meetings.

Related News
15/08/2022
Statement: ‘Meticulously constructed policies of inequality’ – Afghanistan one year on
15/08/2022
In focus: Women in Afghanistan one year after the Taliban takeover
25/07/2022
Press briefing: The situation of women and girls in Afghanistan
28/02/2015
Women leaders call to ‘step it up’ for gender equality
07/09/2022
Explainer: Sustainable Development Goal 5
END_OF_DOCUMENT_TOKEN_TO_BE_REPLACED