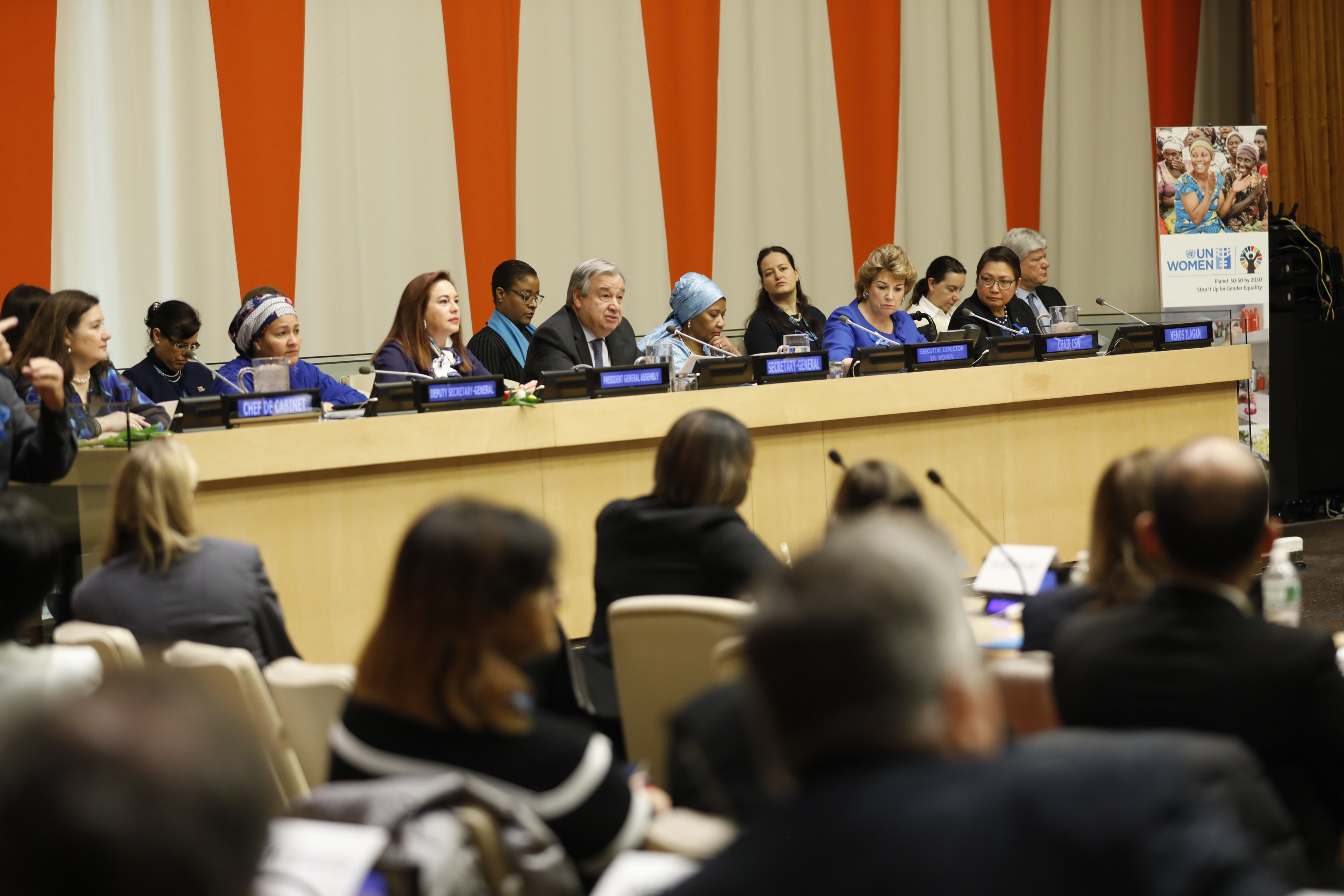 (New York, 7 March)— With technology and innovation playing an integral role in our everyday lives, it is not easy to imagine development in the 21st century without it. This year’s theme for International Women’s Day (8 March), “Think Equal, Build Smart, Innovate for Change”, explores the ways in which innovation can work for gender equality, boost investment in gender-responsive social systems, and enhance public services and infrastructure that meet the needs of women and girls.

“Innovation is shaping and changing the way people live in every part of the world, so we have to be intentional about its use to positively impact the lives of women and girls”, said UN Women Executive Director Phumzile Mlambo-Ngcuka. “It’s a key component of development, a basic need for those living in poverty, and a far-reaching enabler of rights. Women and girls must have opportunities to contribute to both the design and execution of solutions affecting their lives— and they are more than ready to do so.”

While a little more than a decade remain to achieve the Sustainable Development Goals, including  Goal 5 on gender equality, all indications show that at the current pace of change, closing the global gender gap will take a staggering 108 years, and 202 years for economic gender parity.

To meet the needs of women and those most marginalized at the bottom of the pyramid, public services, infrastructure and social protection require innovative approaches to increase the quality and affordability for women users, respond to constraints that women face in accessing those services, due to the heavier load they carry in household duties and unpaid care work,  and ensure that women can easily obtain the information and resources they need to take advantage of the opportunities offered by new technologies. Women and girls must also have a voice in how innovations are shaped, so that they can truly benefit and contribute to real change.

Join the online conversation on Twitter using the hashtag #WomensDay and following @UN_Women.

Related News
25/11/2014
UN Women and New York City sign agreement to enhance safety and empowerment of women
08/03/2019
Youth activists call for safer streets in Maputo
06/03/2019
Across eastern Europe, rethinking urban planning, infrastructure and safety bring changes in women’s lives
22/05/2018
From where I stand: “Women have the solutions”
07/03/2018
Ring the Bell for Gender Equality kicks off at Nasdaq, New York
END_OF_DOCUMENT_TOKEN_TO_BE_REPLACED