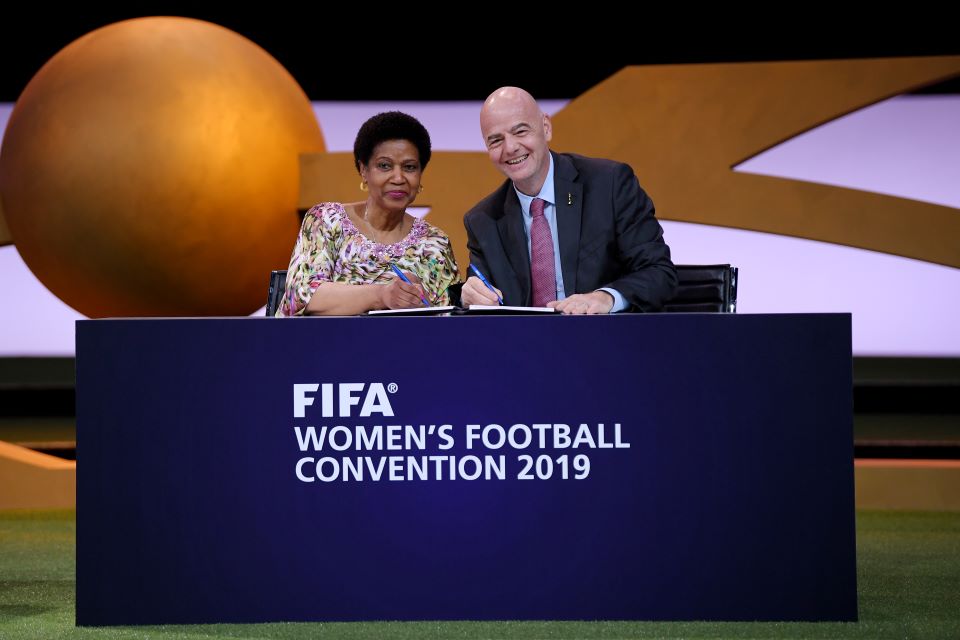 Paris, 7 June 2019 – The first-ever memorandum of understanding (MoU) between FIFA and the United Nations Entity for Gender Equality and the Empowerment of Women (UN Women) was signed by FIFA President Gianni Infantino and UN Women Executive Director Phumzile Mlambo‑Ngcuka at the FIFA Women’s Football Convention today, a few hours before the opening match of the FIFA Women’s World Cup 2019™.

“This is a significant moment for FIFA as we combine forces with UN Women to realise gender equality for women both on and off the pitch.” said Infantino. “Together, we will raise awareness about women’s football and its impact in terms of health, empowerment and positive role models for women and girls around the world.”

The MoU will provide a strong framework for strengthening and further developing synergies between FIFA and UN Women. Both organisations will work closely with public authorities, international organisations, the private sector, and media and sports organisations to make football more accessible to women and girls and to disseminate diverse sports content to promote gender equality.

Major sporting events will also be leveraged to deliver a legacy of positive change at social, political and economic levels to challenge persistent forms of discrimination and stereotypes that hold back progress for all. 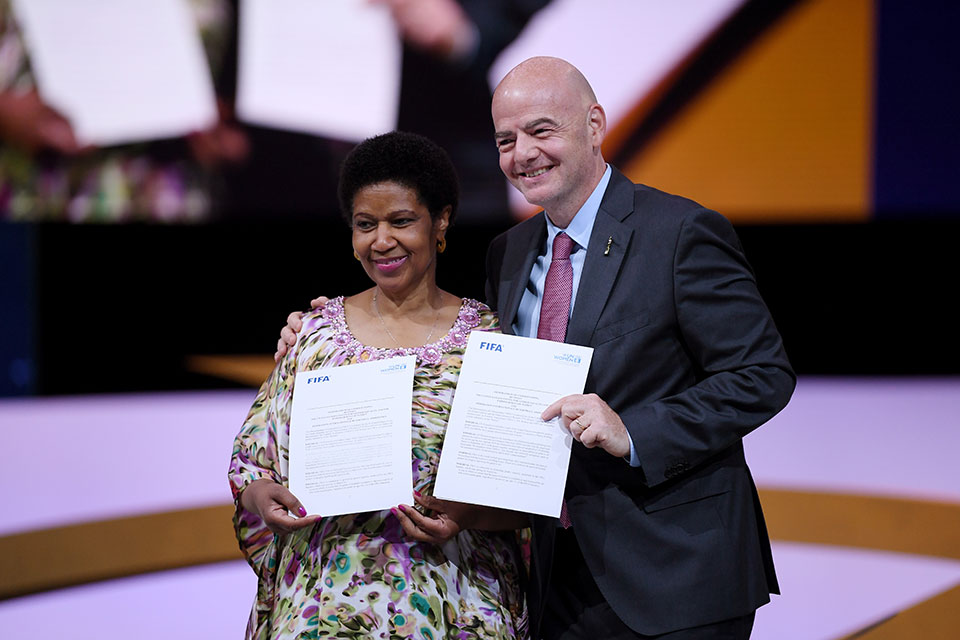 “UN Women and FIFA are committed to levelling the playing field for women and girls, leveraging football’s mass appeal to bring positive change around the world. We are confident that this partnership will make a real difference to the gender inequality that we currently see in all sports, and that we are working to end throughout society, knowing that the benefits are for everyone,” said UN Women Executive Director Phumzile Mlambo-Ngcuka.

The three key joint areas of work in the MoU are sports policy development, the promotion and support of sustainable projects that will help create a lasting legacy, cultural change and empowerment of women and girls around the world, and communications to raise awareness around gender equality through sport, for example through the support of the FIFA Legends and UN Women Goodwill Ambassadors, as well as major tournaments.

The FIFA Women’s Football Convention, where the MoU signing took place, saw leaders from the world of sport and politics assemble to discuss key issues related to the development of women’s football and the societal benefits of football on women and girls around the world.

Related News
29/05/2015
UN Women Executive Director Phumzile Mlambo-Ngcuka to co-chair World Economic Forum during visit to South Africa
23/09/2022
Speech: Taking stronger action to keep the promises of Generation Equality
08/03/2022
Speech: We must give peace a chance
25/08/2019
Remarks by Under-Secretary-General of the United Nations and Executive Director of UN Women, Phumzile Mlambo-Ngcuka at the G7 Summit in Biarritz, France
20/08/2019
Publication of the report of the G7 Gender Equality Advisory Council
END_OF_DOCUMENT_TOKEN_TO_BE_REPLACED