Through the lens: Daily life in Cameroon refugee camps

As of January 2016, 243,750 people had fled the violence in Central African Republic (CAR) and become refugees in Cameroon. Through scenes of daily life in the Gado-Badzere and Ngam refugee camps in Cameroon, here is a showcase of the lives of women in the camp, their social and community bonds, and how they are using UN Women’s safe spaces, psychosocial support and business trainings. 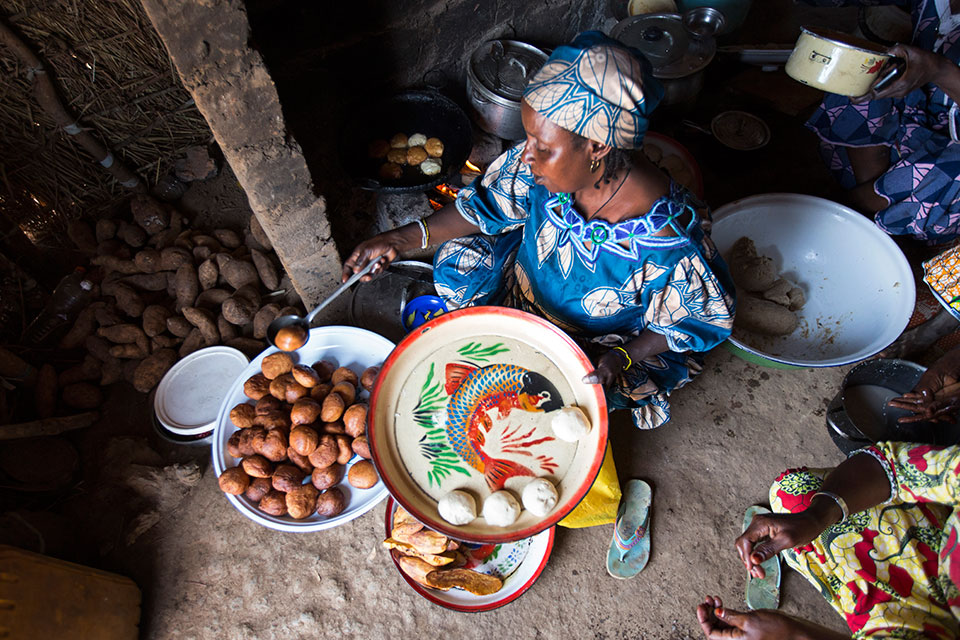 Inside a thatched hut built around a stove made of mud bricks, refugee women work together to prepare food for their afternoon customers. The beignets (doughnuts, pictured above being lifted hot out of the frying pan) are a treat for customers and a key source of income at this woman-owned restaurant in the Ngam refugee camp.

The Gado refugee camp is located near the border town of Garoua-Boulai, where the majority of CAR refugees cross into Cameroon. With a population of nearly 24,000, it is host to the largest number of refugees from CAR. 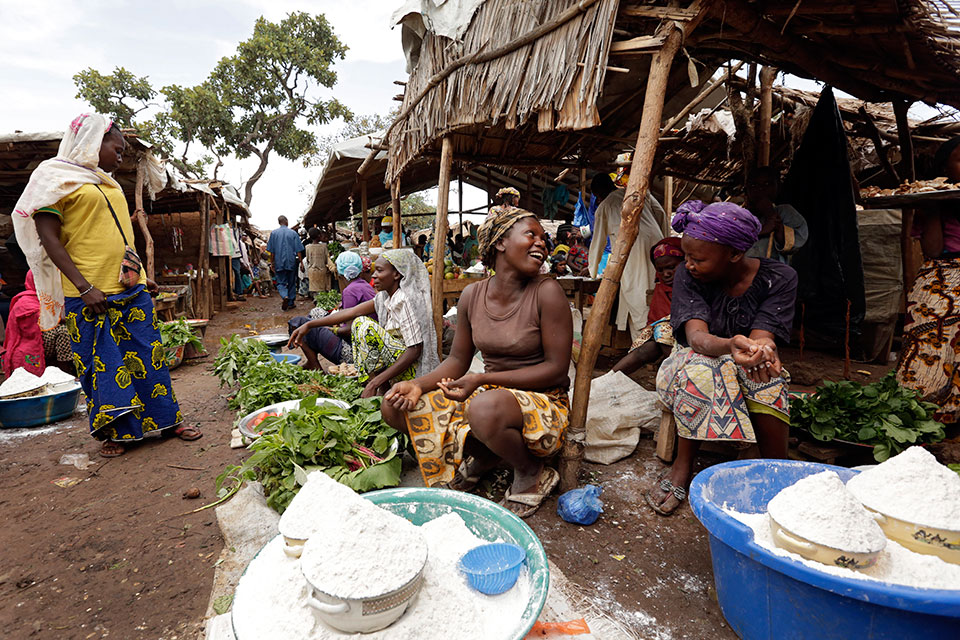 Women sell home-grown vegetables and cassava flour at the market in the Gado refugee camp. Cassava flour is a daily staple, produced from the cassava root which is pounded into flour in wooden mortars. 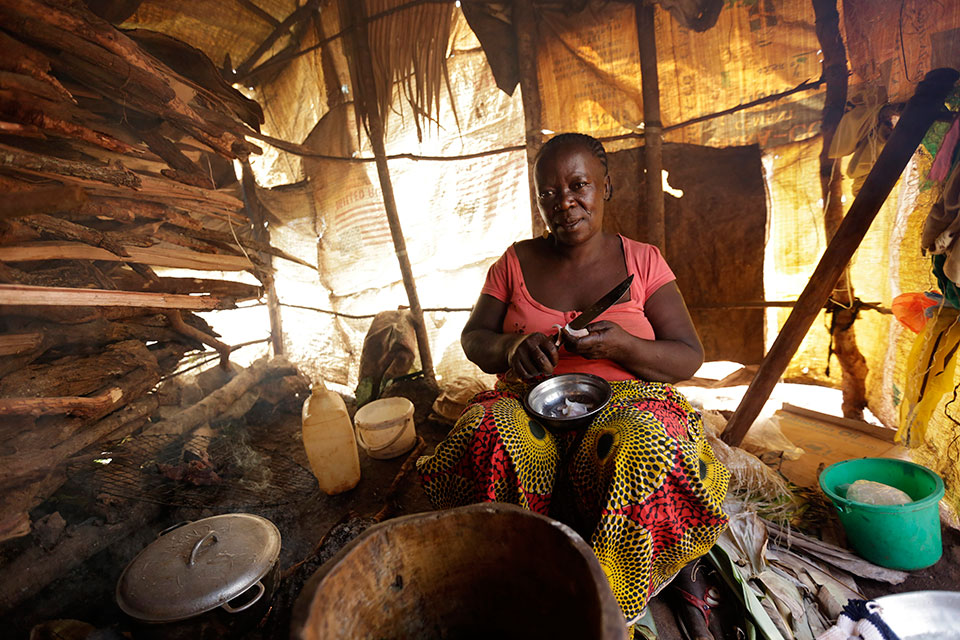 A woman cooks using cassava and wraps them in large forest leaves to sell at the Gado-Badzere market. Most residents at the camp participate in the informal economy of the camp, working to grow, make, trade and sell what they can. Some refugees buy and sell goods in the market of the host community, bringing a trickle of cash into the camp. Many women entrepreneurs are single heads of households, while some married women are discouraged by their husbands from making money. In the Gado and Ngam camps, UN Women has trained over 250 women to write business plans and keep basic accounting. 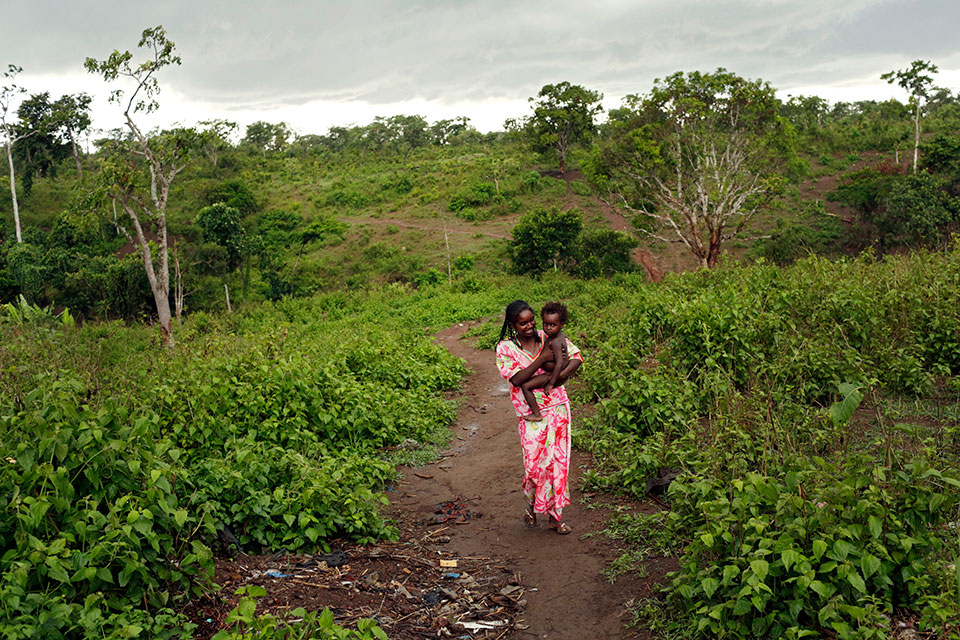 On the edge of the Gado refugee camp, a path leads out into the bush, where women must go to collect firewood to use for cooking. This task is strictly done by women, despite the fact that going out into the woods alone increases their vulnerability to sexual assault. 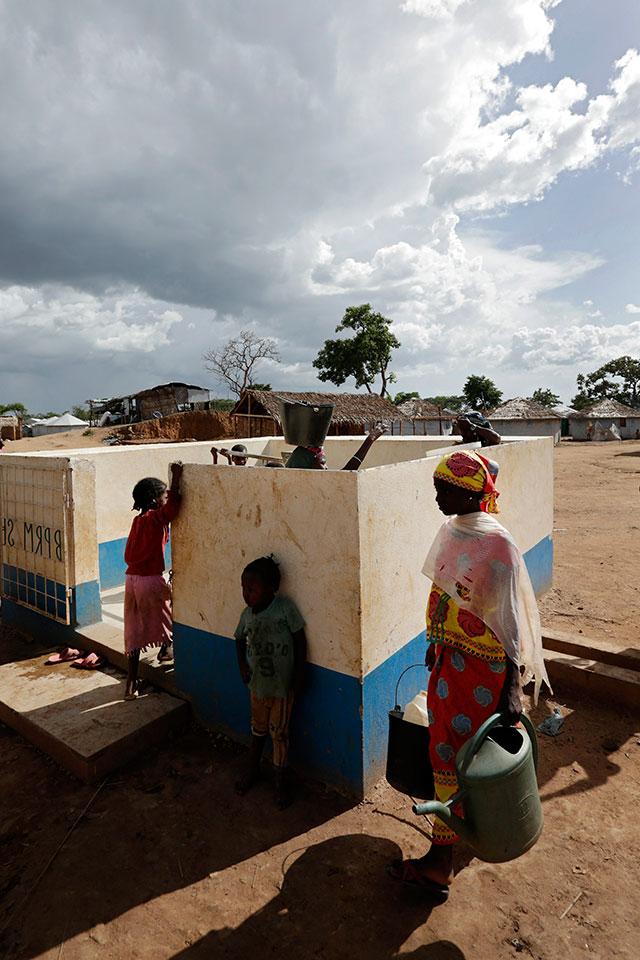 No men can be found at the camp water pumps, this job too is done by the women. Women and girls spend a great deal of time pumping water from wells and carrying heavy jugs to meet their families’ daily water needs. Many families feel that they cannot survive without every hand working every day, and parents often don’t send their children to school even though the schools in the camp are free. 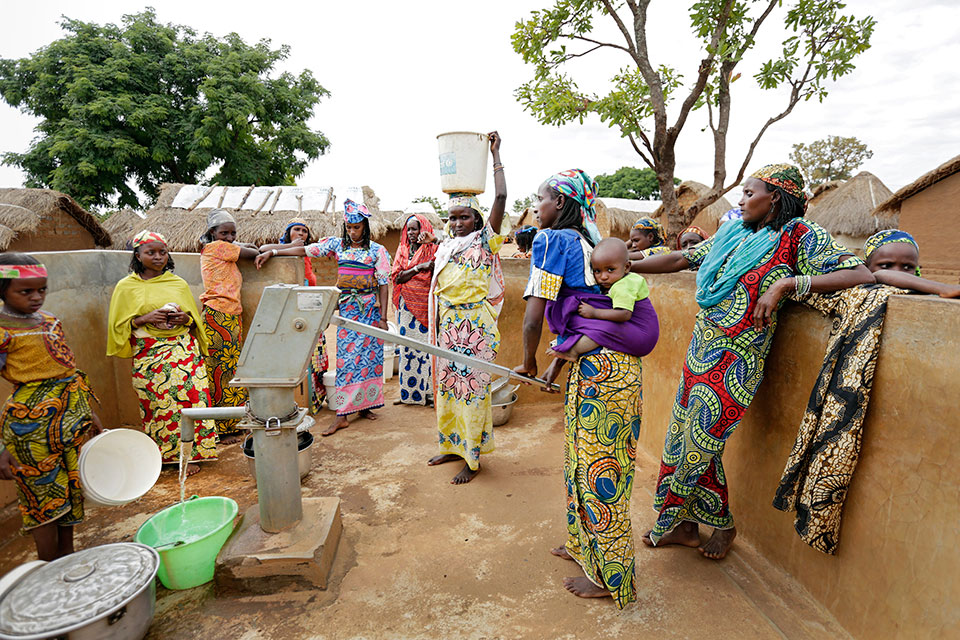 At the Gado camp, there is one water pump for every 423 refugees. There are constant lines at the water points, and places in line are held by jugs and buckets. 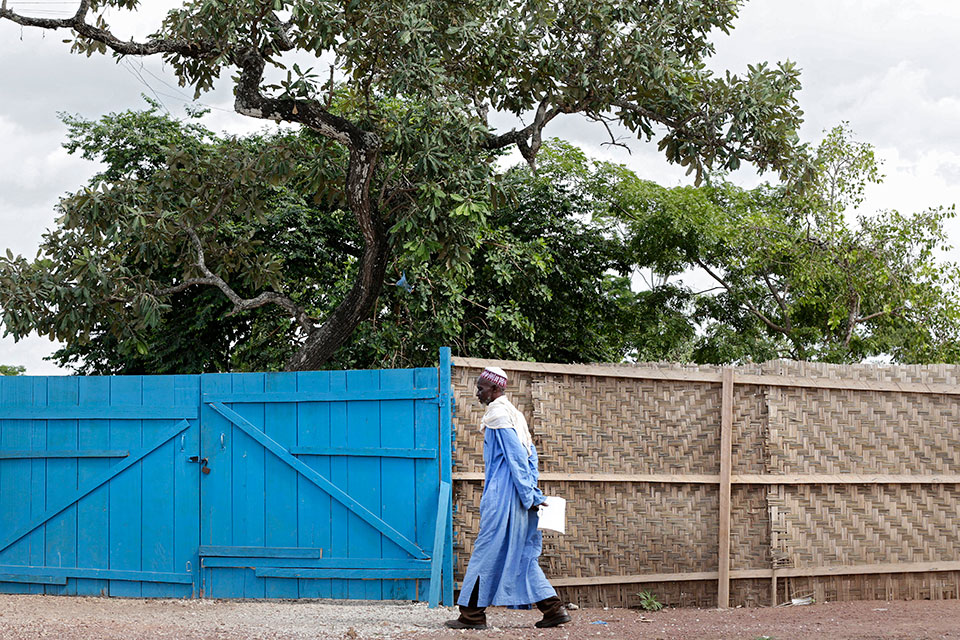 A man leaves the UN Women multipurpose centre in the Gado refugee camp after attending a community meeting in its Social Cohesion space, where men and women participate together in discussions about human rights, sexual and gender-based violence, and eradicating child marriage. 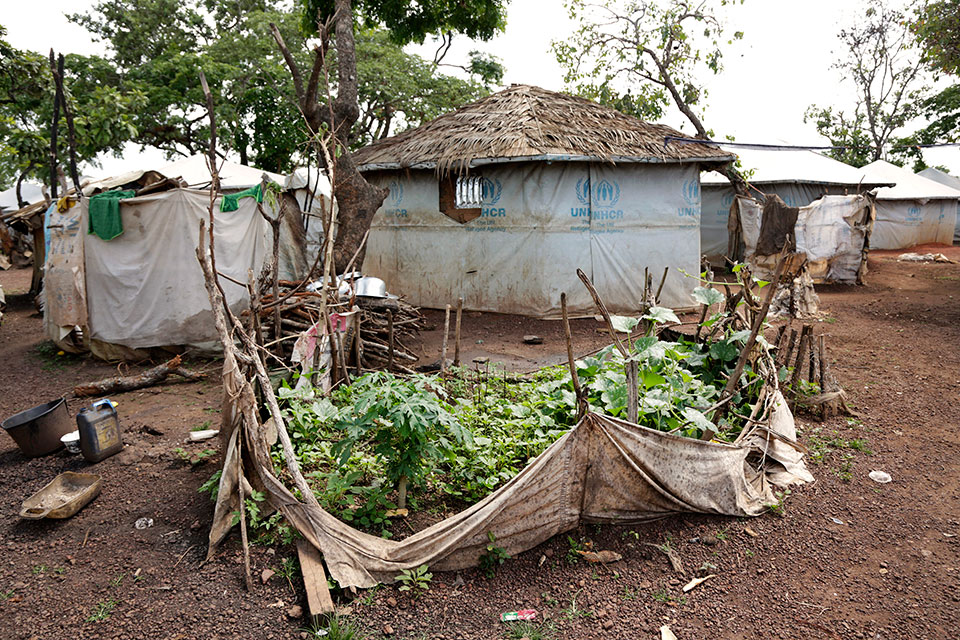 A small vegetable garden within the Gado camp illustrates the challenges many refugees face. Many refugees grow their own vegetables for livelihood and sustenance, as rations don’t always meet their needs. 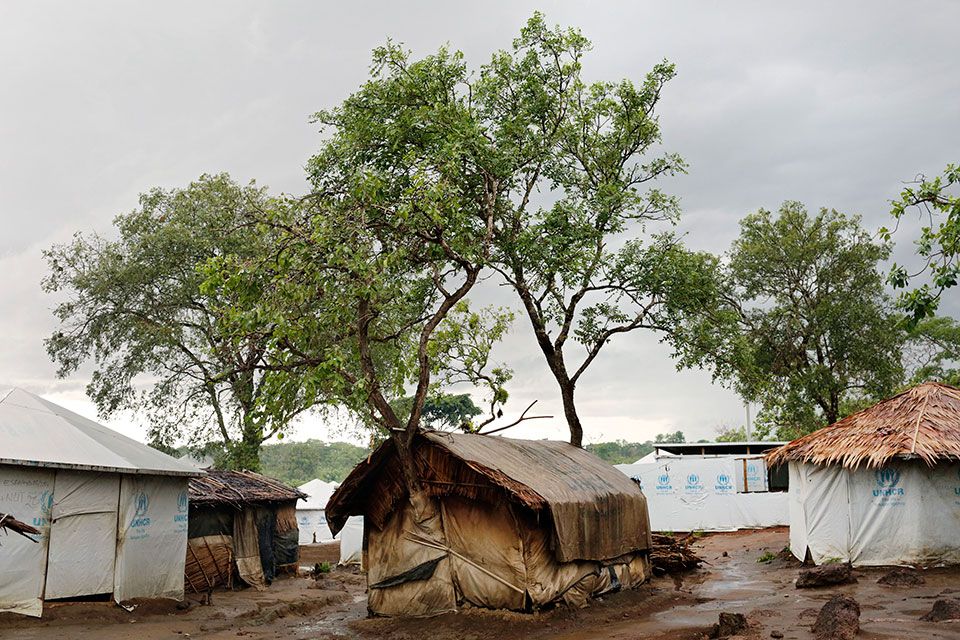 Another challenge: the makeshift, temporary structures require constant maintenance. Women sometimes find it hard to take part in camp meetings due to the rigorous demands of daily life. “We spend a lot of time trying to provide solutions for problems faced by women, but when we go back, we realize that our homes are flooded with water on rainy days,” said Mariama Mama, a leader in the Ngam camp. 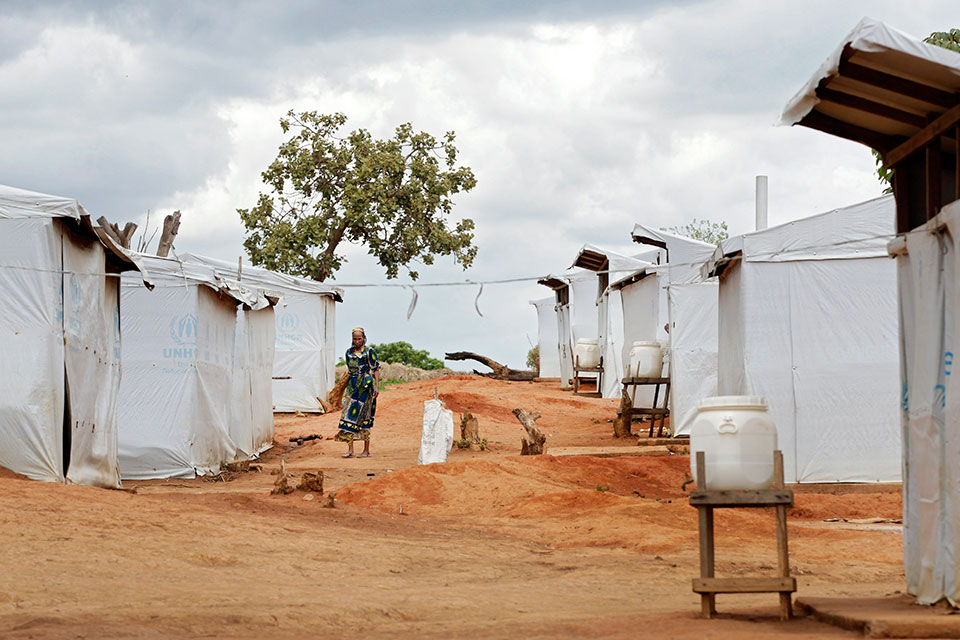 UNHCR reports that there is one latrine for every 47 refugees. “We have limited toilets in the camp,” says Aminatou Damzy, a resident of the Ngam refugee camp. “A toilet for 10 women makes it very difficult, particularly when we are menstruating, the toilets are not very clean.” 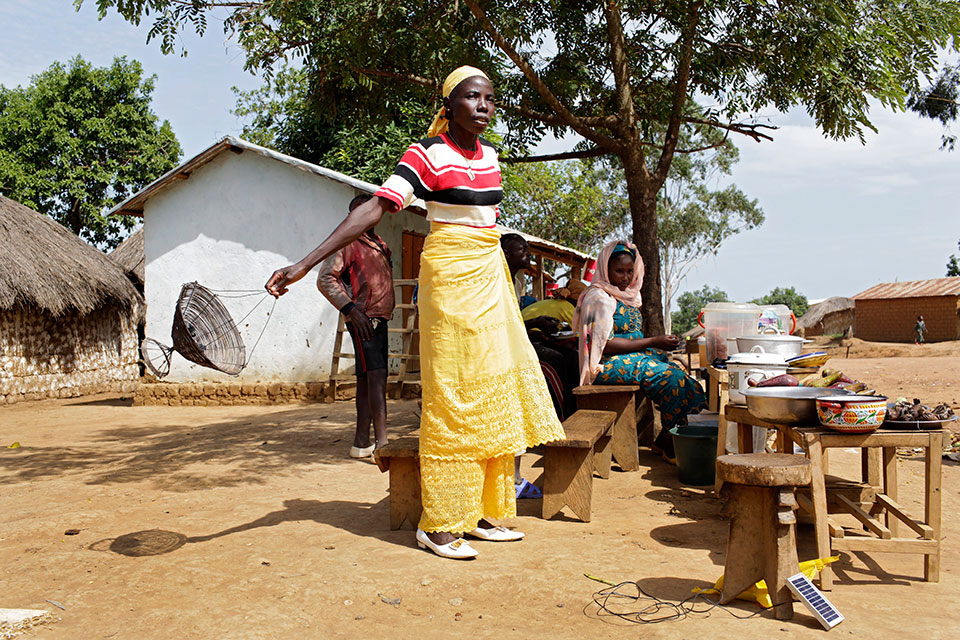 UN Women also works with the communities that host the refugee camps, training local women in petty trade, food processing, sewing, soap-making, project management and entrepreneurship. Rebecca (above) received business training and a small grant from UN Women, and sells a variety of hot food, including meat stew and cassava dishes, at the main roundabout in the town of Ngam. 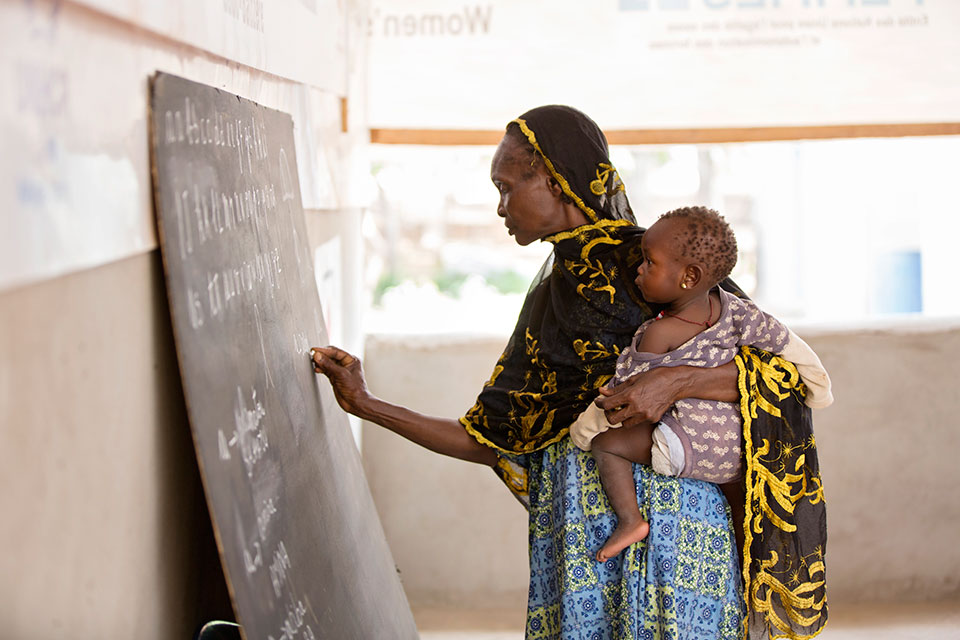 A refugee from CAR learns the French alphabet as part of an adult education class held at the UN Women Social Cohesion space. Refugees from CAR speak a variety of languages, and many seek to learn French, one of Cameroon’s official languages, in order to integrate successfully. 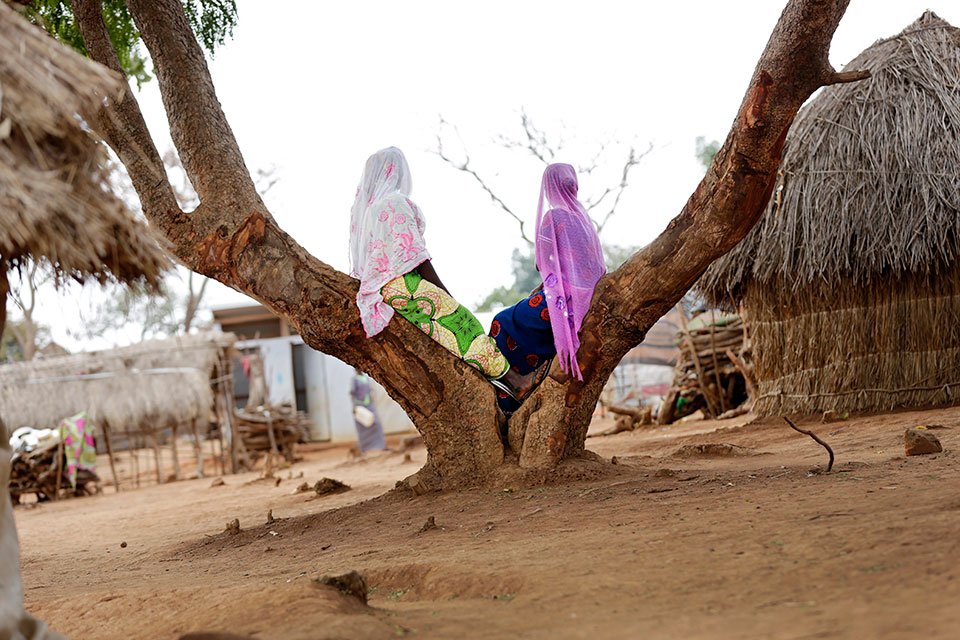 Two teenagers in the Ngam camp rest during the afternoon heat. According to UNICEF, CAR has one of the highest rates of child marriage in Africa, with 68 per cent of girls being married before age 18. At the multipurpose centre in the camp, UN Women runs awareness-raising programmes to prevent child and early marriage and other forms of sexual and gender-based violence, and advocates with the families to educate the children and keep girls in school.

UN Women Cameroon is active in seven refugee camps in three regions of the country.