Photo essay: In the Philippines, women migrant workers rebuild lives, advocate for each other

In the past two decades, an annual average of 172,000 Filipino women [1] have left the country as migrant workers, in the quest for decent work and adequate income. While majority of male Filipino migrants are production workers, women migrate predominantly as domestic workers and are particularly vulnerable to abuse and exploitation. But when safe migration opportunities are provided, women thrive and contribute valuable services and income. 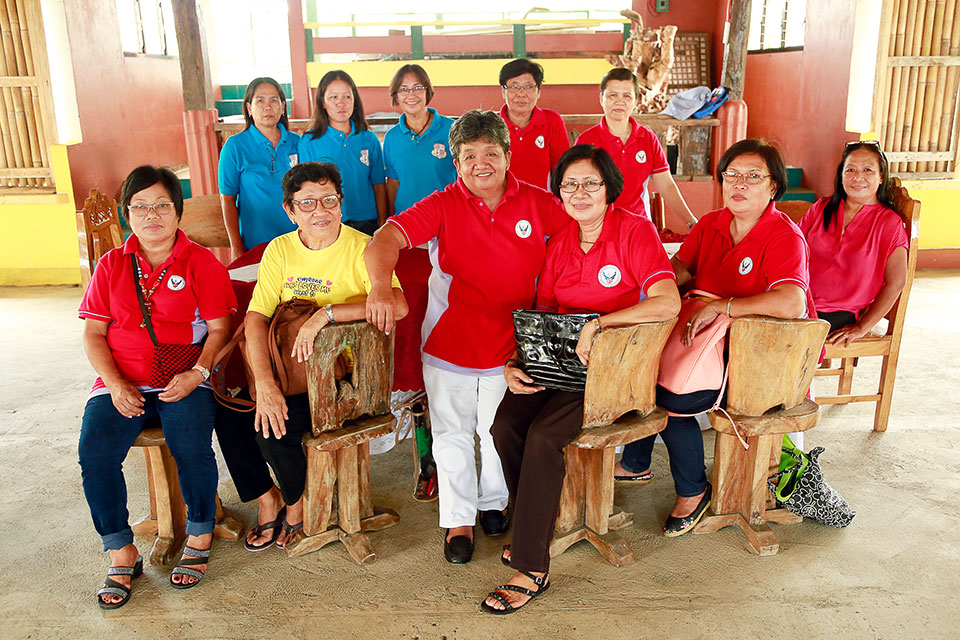 A global programme by UN Women, “Promoting and Protecting Women Migrant Workers’ Labour and Human Rights”, supported by the European Union and piloted in the Philippines, works to build the capacities of migrant women’s organizations and networks to better serve and assist women migrant workers. UN Women spoke with migrant women returnees and community leaders from La Union province, over 260 miles from Manila, where the programme supports various migrant women’s organizations. These are their stories. 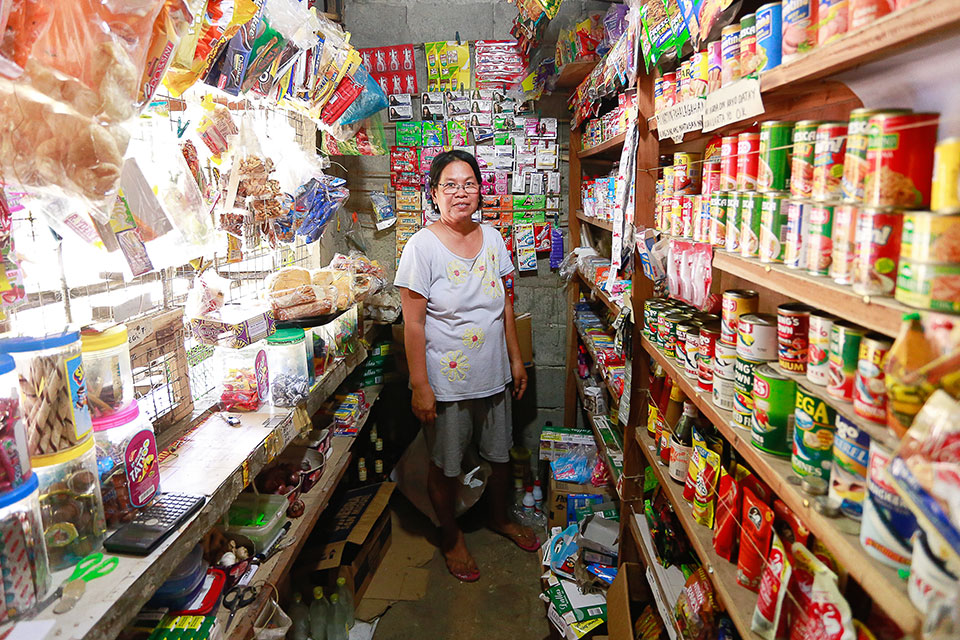 “I migrated to the Middle East as a domestic worker because my husband was about to lose his job due to poor health. I worked long work hours—I was the only domestic worker for a household of ten—and endured verbal abuse. There was a time that I didn’t receive any salary for several months…,” shares 55-year old Virginia Carriaga.

After two years of abuse, Carriaga escaped from her last work place in Lebanon, and sought assistance from the Philippines Embassy. Prior to her repatriation, in the two months that she spent at the Embassy-sponsored shelter in Beirut, she became a spokesperson for other women migrant workers. Today, Carriaga is a successful business woman, owner of a variety store in Balaoan, with the assistance and trainings that she received from the government and women migrant workers’ organizations. 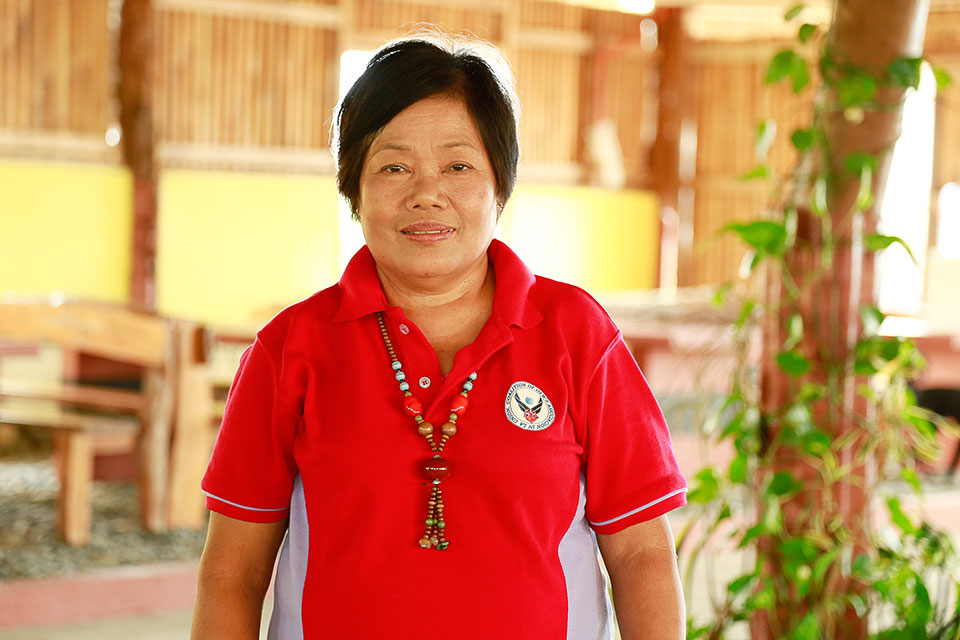 Primitiva Vanderpoorten, a retired nurse who worked in the United Kingdom for several years, invested her income in properties in her home country. Today she offers her resort hotel in Luna as a venue for meetings of Bannuar Ti La Union, an organization for women migrant workers, where she is a member: “Even as a nurse, I experienced offensive remarks from patients. They would ask why I was in their country and that I should go back to my country.” 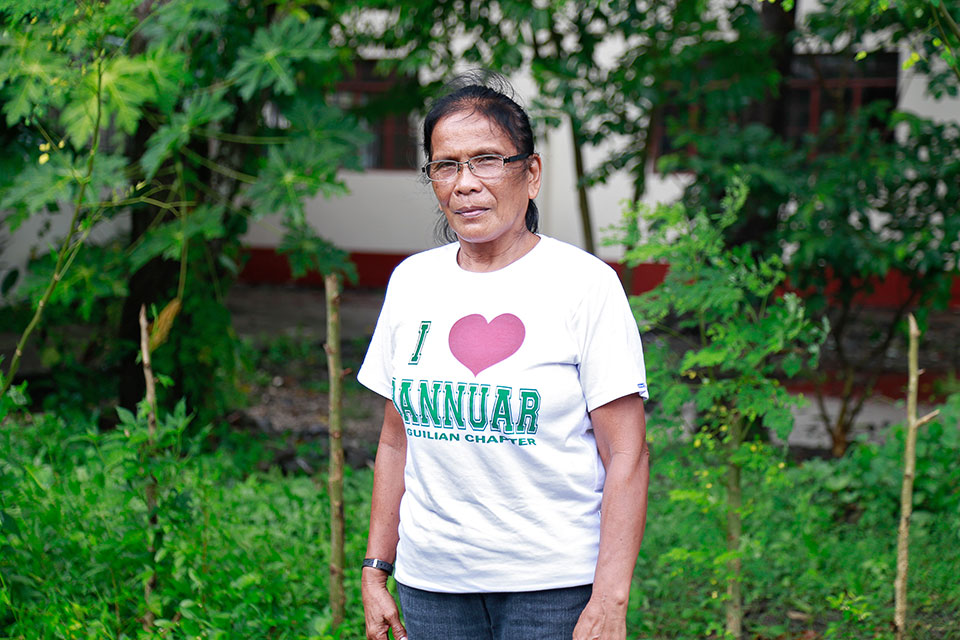 “My son did not finish high school and got involved in delinquent activities. He resented me for leaving him in Philippines. Have I been a bad mother, I asked myself,” shares Virginia Estepa, a 62-year-old former woman migrant worker who now works as a health worker at the barangay (smallest unit in the community) in Naguilian. Like many others, Estepa migrated overseas to provide for her family. As women migrate for work, leaving behind their children, the social cost of the impact on their children is often less known or understood. Research shows that fathers, grandmothers and the extended families care for children left behind. 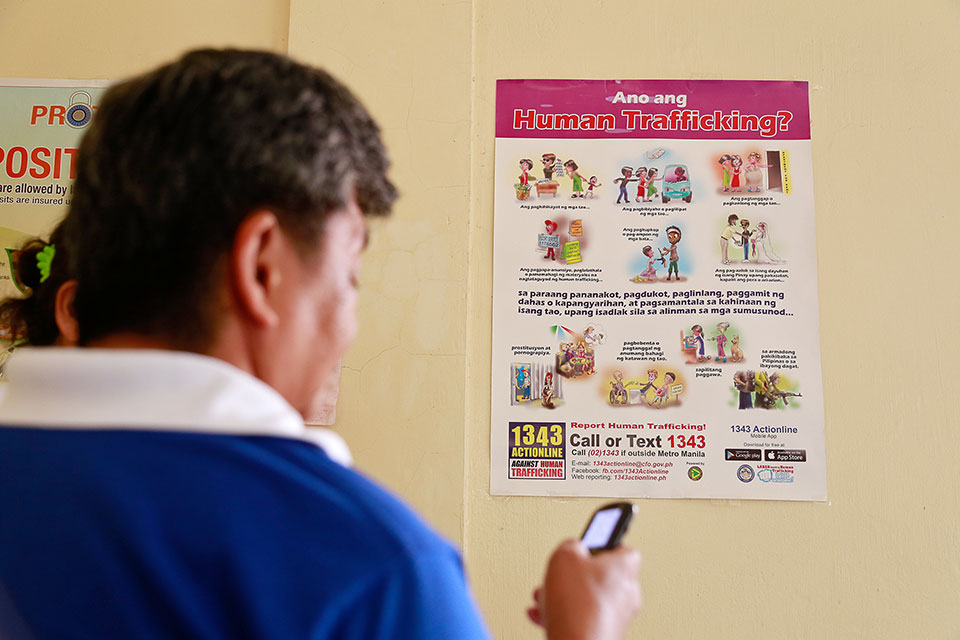 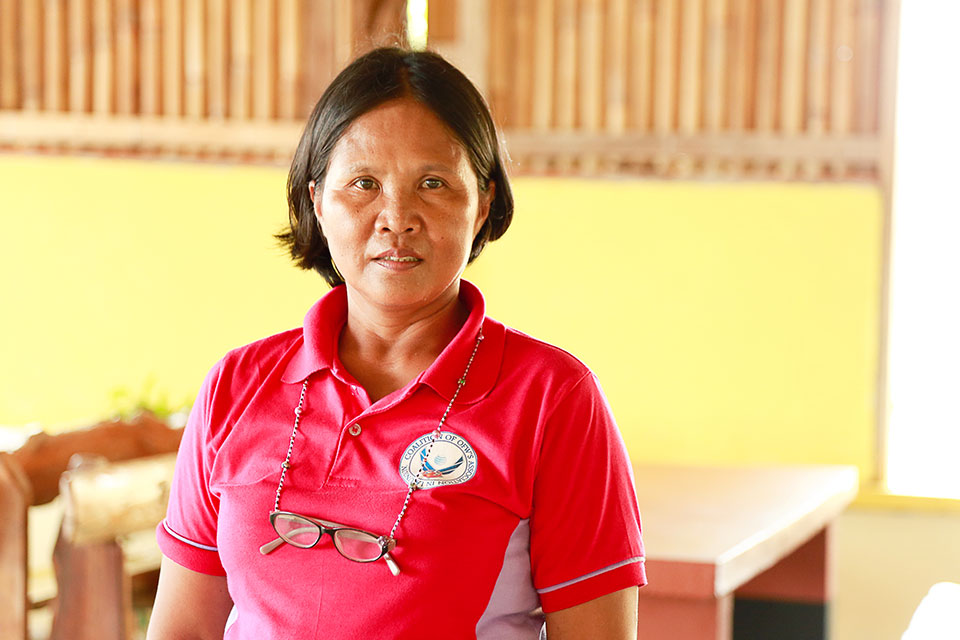 The training on organizational development was particularly useful for Carmelita Nulledo, 52, a former domestic worker from Singapore and Hong Kong and now a farmer and volunteer in various organizations. “From the action planning during our training, we have proceeded with mapping and simple surveys in the community. This will generate data about migrant women and inform any local planning and policies to address the needs of women migrant workers,” she shares. Like many of the migrant women impacted by the project, Nulledo volunteers at the local assistance desks for migrant workers and their families. “I had a positive migration experience, and now I am motivated to help others, she adds. 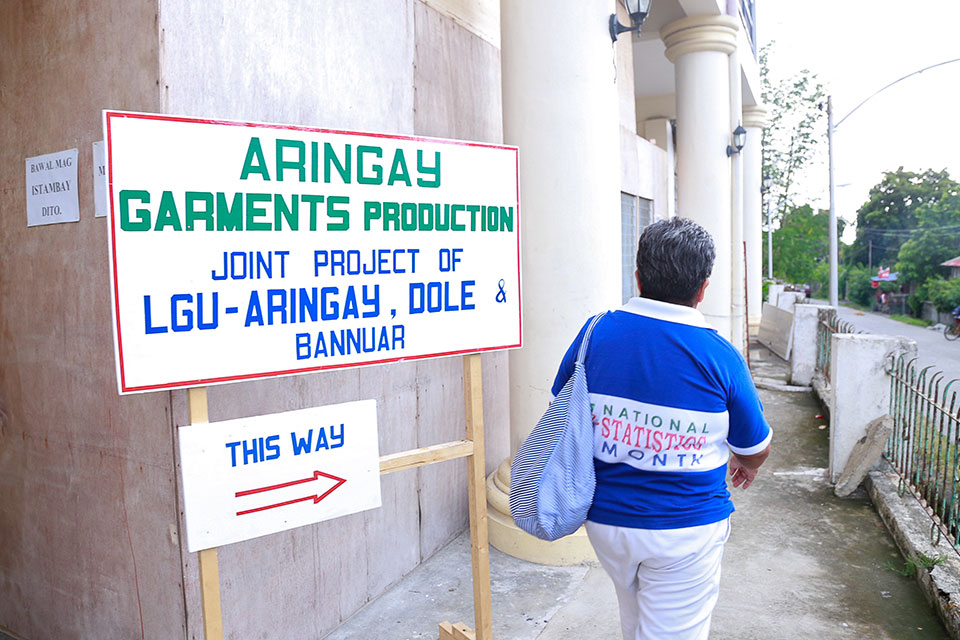 Women migrant workers’ organizations in the Philippines also provide reintegration assistance to returnee women migrants by providing livelihood and business trainings, and helping them access assistance programmes, such as scholarship for education and training, enterprise development funds, business counseling, legal and psychosocial services provided by the government under the national law and through local ordinances. 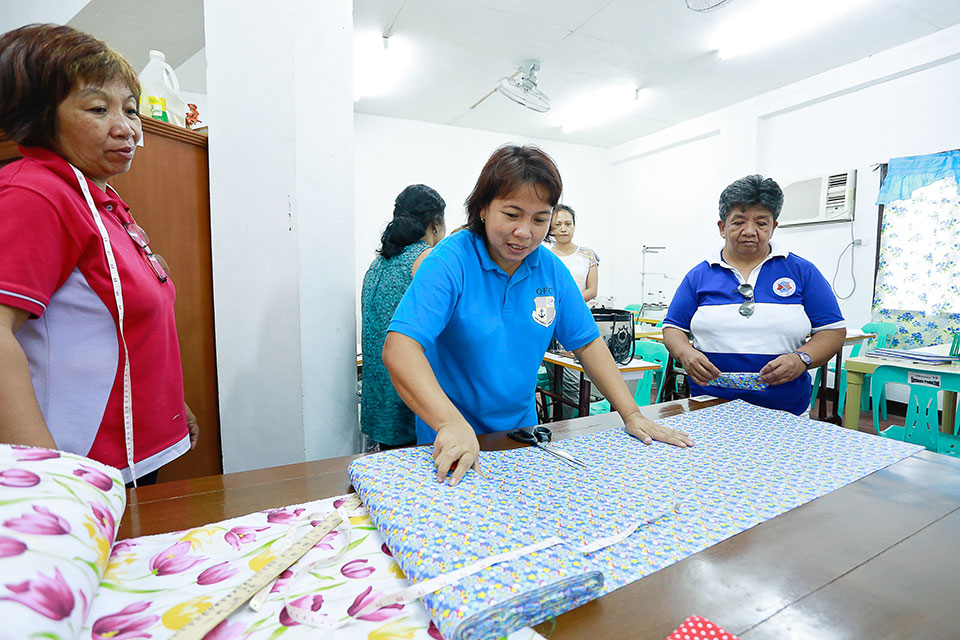 Delilah Dulay, 40, works as a master cutter at the Aringay Bannuar Garments Production, which is funded by the Department of Labour and Employment and the local government of Aringay in La Union province and provides decent work for migrant women returnees. Dulay had migrated to Qatar to improve her income. She landed with a domestic worker’s job where she barely slept for two hours every day and was paid significantly less than the salary she was promised. Upon her return to La Union, Dulay underwent trainings through Bannuar Ti La Union as part of the UN Women project and learned about her rights and gained skills as a garment worker.

“Being a member of a women migrant workers’ group helps me and the others find our confidence in facing day to day life and its challenges. We have a common bond stemming from similar experiences,” she says. 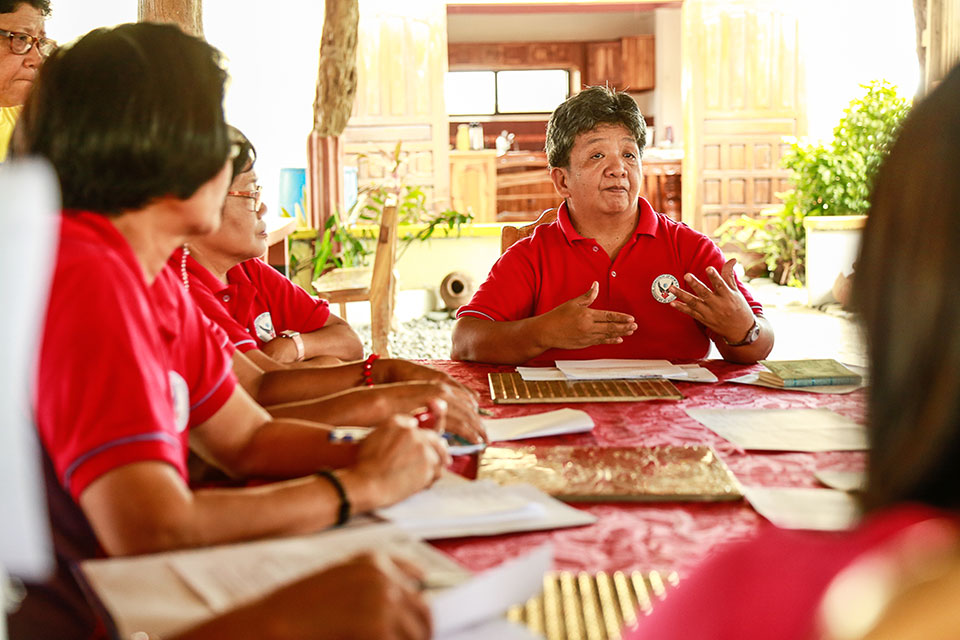 Edna Valdez, 58, worked for four years as a domestic worker in Hong Kong under harsh conditions. Today, she is the President of Bannuar Ti La Union. “The main challenge for women migrant workers is that they don’t know what rights they have. Even when there are laws and services in place, they don’t know how to claim their rights or access support. That’s why we lobby the local government units to set up Migrant Desks at each municipal office, in compliance with the national law, where migrants and their families can access information and support,” says Valdez.

Today, she volunteers at the Migrant Desk at San Fernando City La Union three times a week, refers women migrant workers to relevant government units for legal assistance and reintegration support. She also delivers trainings to prospective women migrant workers to help them identify the warning signs and risks of trafficking and illegal recruitment, and how to access legal assistance and support if they are abused. 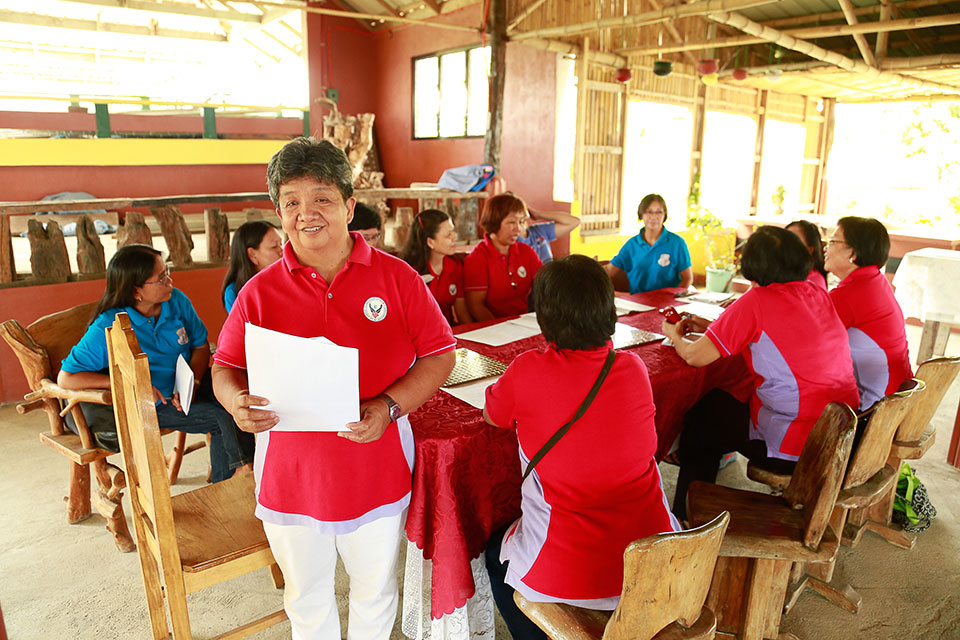 As of June 2016, 118 women migrant workers have been trained on their rights, and an additional 45 on entrepreneurship management and 49 on organizational development. The pilot programme has developed critically needed capacity of women migrant workers and their groups so that they are able to build upon the gains made so far and continue to advocate for women migrant workers’ rights at the local and national levels.