70th session of the General Assembly

The seventieth session of the UN General Assembly is a threshold moment for women’s rights and gender equality. After years of deliberations on the post-2015 development agenda to follow the Millennium Development Goals, the new 2030 Agenda for Sustainable Development is now endorsed by world leaders. Adopted at the High-level Summit on 25 September, it places strong emphasis on gender equality and women’s empowerment, with a transformative stand-alone goal that addresses structural barriers to equality, and important targets on gender equality in other goals. 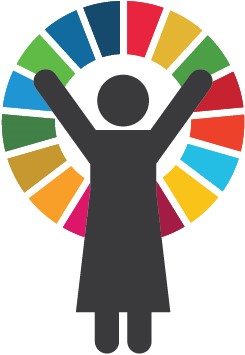 As global leaders convene in New York, UN Women is keeping the focus on women as key actors for achieving each of the 17 new Sustainable Development Goals. The new sustainable development agenda offers a real opportunity to drive lasting change for women’s rights and equality, and to bring universal, comprehensive and transformative change in women’s and men’s lives.

Demonstrating their strong support for gender quality and women’s rights, more than 70 world leaders will Step It Up for women and girls worldwide, making concrete commitments on gender equality and women’s empowerment at ”A Commitment to Action”, a special event co-organized by UN Women and the Government of China on 27 September.

The 70th anniversary of the General Assembly coincides with several milestones, including the 20-year anniversary review and appraisal of the Beijing Declaration and Platform for Action, and the High-level Review and Global Study for the 15th anniversary of UN Security Council resolution 1325 on Women, Peace and Security. This year’s session precedes global climate talks set to conclude in December and comes on the heels of the Financing for Development Conference held in Addis Ababa in July, where world leaders acknowledged the key role of gender equality in development, and agreed on the need to increase financing in this regard. 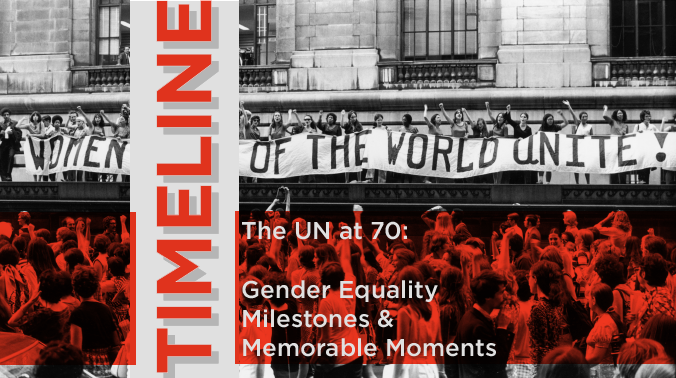 From ground-breaking resolutions to awe-inspiring speeches to activists inspiring change offline and online, this timeline marks select milestones and memorable moments for women's rights at the United Nations since its founding in 1945.

In 70 years, a lot has been achieved, but much more has to be done: 800 women die every day from preventable pregnancy-related causes; 1 in 3 women experience physical or sexual violence; women hold only 22 per cent of parliamentary seats and today account for more than 60 per cent of the world's illiterate. The work is far from over…