International Day of the Girl Child 2016

There are 1.1 billion girls today, a powerful constituency for shaping a sustainable world that’s better for everyone. They are brimming with talent and creativity. But their dreams and potential are often thwarted by discrimination, violence and lack of equal opportunities. There are glaring gaps in data and knowledge about the specific needs and challenges that girls face.

What gets counted, gets done. The theme for this year’s International Day of the Girl Child, on 11 October, “Girls’ Progress = Goals’ Progress: A Global Girl Data Movement”, is a call for action for increased investment in collecting and analyzing girl-focused, girl-relevant and sex-disaggregated data. One year into the 2030 Agenda for Sustainable Development, improving data on girls and addressing the issues that are holding them back is critical for fulfilling the Sustainable Development Goals

One such issue that is standing in the way of girls’ progress is child, early and forced  marriage. The data is daunting—one in three girls in developing countries (except China) get married before they turn 18. Girls who are child brides miss out on education, are more vulnerable to physical and sexual violence, and bear children before they are physically or emotionally prepared. The cycle of violence that begins in girlhood, carries over into womanhood and across generations. The 2030 Agenda must address their needs and unlock their potential.

UN Women works around the world to empower women and girls and raise awareness on their rights, advocate for the adoption and implementation of laws and policies that prohibit and prevent child, early and forced marriage, and mobilize communities against the practice.

On the International Day of the Girl Child, we stand with the global community to support girls’ progress everywhere. Let girls be girls.

“Without progress for girls, there can be no real progress”—Executive Director
In a statement for International Day of the Girl Child, UN Women Executive Director Phumzile Mlambo-Ngcuka highlighted the importance of gender data to improve statistics on priority issues for girls.

In Malawi, where half of girls are married before age 18, UN Women played a key role in lobbying for a new law that raises the legal age to wed, while raising awareness and working with traditional leaders to annul marriages. Read more»

One Win Leads to Another: Empowering young women and girls through sport in Brazil

"One Win Leads to Another" is a joint programme by UN Women and the International Olympic Committee (IOC) to empower young women and girls through sport in Brazil. As part of the Olympic legacy, UN Women builds the leadership skills of adolescent girls through quality sport programmes, improving their ability to influence decisions that impact their lives at all levels. The project creates safe spaces for girls to break social barriers and equips them with basic economic skills, increased knowledge of their bodies and the confidence to access services in the event of violence.

Changing the game for girls in South Africa

Grassroot Soccer, a grantee of the United Nations Trust Fund to End Violence against Women, uses the power of football to educate, inspire and empower young people to stop the spread of HIV and AIDS and to prevent violence against women and girls. In 2009, it developed the innovative “SKILLZ Street” programme to specifically focus on young girls and address the unique needs of adolescent girls, who are at a higher risk than their male peers. Through 2014 and 2015, almost 3,000 adolescent girls aged 10-14 years graduated from the SKILLZ Street programme in South Africa. The organization plans to reach an additional 5,600 adolescent girls by the end of 2016. Read more»

"My girl is not for sale": Escaping child marriage in Moldova
A Roma family challenges cultural norms by refusing a reparatory marriage. In their community, school drop-out rate is a staggering record 58 per cent, mainly driven by child/early marriages, unplanned pregnancies and childcare responsibilities.

From where I stand: Elizabeth Chatuwa
Elizabeth Chatuwa, 28, has been a Girl Guide since she was 10 years old. Today, she is the District Youth Commissioner for the Malawi Girl Guides Association. She mentors girls and assists youth leaders in delivering programmes, including the Voices against Violence curriculum, developed jointly by UN Women and the World Association of Girl Guides and Girl Scouts, to make girls and young women aware of their rights, to prevent child marriage and other forms of violence and to encourage girls to stay in school.

Religious leaders at the forefront of ending gender-based violence in Ethiopia
At the end of the training conducted by UN Women, religious leaders developed a 13-point call for action to end harmful traditional practices and gender-based violence in the region, including rejecting violence against women, child marriage and the practice of Female Genital Mutilation. They are now preaching to prevent such violence in their congregations.

From where I stand: Ileana Crudu
When Ileana Crudu finished high school in 2016, she had completed one year of training as a participant of GirlsGoIT, a UN Women-supported initiative that breaks down gender stereotypes in the ICT sector. Ileana is now a relentless ambassador encouraging girls to study technology.

Voices of women survivors of violence: Alaa’s “wedding”
Alaa is one of scores of Syrian women refugee who report fear of sexual violence as a major motivation to flee the country. So, one winter night, Alaa packed one change of clothing in her school back bag and walked to the border with her family.

Football camps in Jordan plant seeds of friendship and cohesion
For Syrian refugees in Jordan, integration into the Jordanian society is fraught with challenges. Mistrust and rumors taint how each group perceives the other. A project by UN Women organized football camps for adolescent girls, where Jordanian and Syrian girls built friendships and social cohesion. 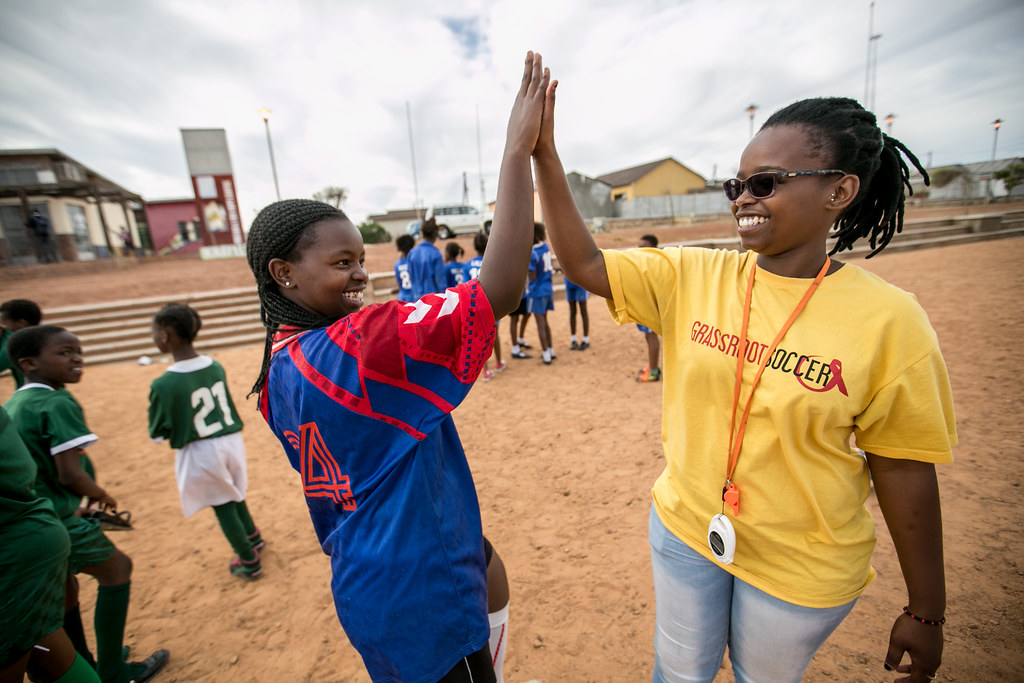 Join the conversation around International Day of the Girl Child using the hashtag #dayofthegirl. A social media package with images and messages in English Spanish and French is available here.

To celebrate International Day of the Girl Child, UN Women will participate in the following events:

[5] Girls Not Brides. Child Marriage and Education are Closely Linked.[6] UNICEF global databases (2016) based on DHS, MICS and other nationally representative surveys, 2008-2014.