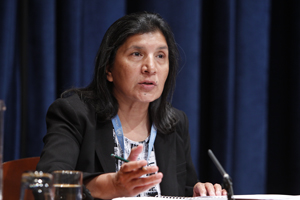 Violence against women and girls is pervasive and widespread across the globe. It occurs in both public and private spaces, with impunity as the norm in many countries. Statistics reveal that at least one in three women around the world has been beaten, forced into sex, or otherwise abused in her lifetime. Yet efforts to address the scourge could be strengthened with an even more forceful international legal framework .

To reinforce existing standards, countries have individually adopted their own measures to prevent and respond to violence against women. While such measures are to be welcomed, a stronger international yardstick could be useful to measure their efficacy and, therefore, the compliance of state and non-state actors. 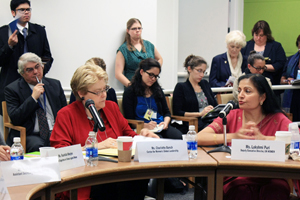 Leslie Ann Foster, the Executive Director of the Masimanyane Women's Support Centre in South Africa agrees. “The degree of impunity and the accountability gap reflect the existing lack of will to promote the advancement of gender equality and women's human rights. To ensure effective protection of women from violence, there is need not only for legal standards, but also strengthened investigation, prosecution and penalization of perpetrators. Appropriate redress should be provided to victims of the violence.

United Nations Assistant Secretary-General for Human Rights, Ivan Simonovic, argues for “a holistic approach involving multiple actors to stem violence against women. Also needed is political and financial commitment to create effective prevention measures as well as an environment that embraces gender equality and a culture of non-violence. Manjoo agrees that “there is a need for active state engagement in overall societal transformation and the simultaneous empowerment of women.

Ms. Anne Birgitte Albrectsen, the Executive Deputy Director of UN Population Fund, underlines the value of involving traditional leaders, men and boys in efforts to end violence against women. “It provides an avenue for addressing some of the cultural concerns which perpetuate discrimination against women, she says.

While agreeing on the need to involve men and boys, Leslie Ann Foster calls for vigilance to counter any negative effect this might have on the role of women and girls in bringing about the required change.

“Countries have an opportunity to come together to reaffirm existing commitments and take decisive global action to eliminate violence against women and girls at the upcoming Commission on the Status of Women, Ms Lakshmi Puri, UN Women Deputy Executive Director, said. The prevention and elimination of violence against women and girls will be the theme for the next session of the Commission in March 2013. “It is critical for Member States to adopt agreed conclusions that will prioritize this issue and expand, deepen and support the implementation of existing normative frameworks in this area, she added.