In Zimbabwe, women with HIV leading change, claiming their rights 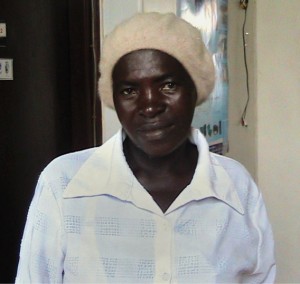 As a woman with deteriorating health due to HIV, Phillipa Marisa, 60, used to agonize over the legacy that she would leave her children. Since her husband's death from AIDS she had become dispossessed from her property in Hopley Farm, Harare, faced discord within her family, and had fierce arguments with her in-laws.

Yet she found support and solace in a programme that connects HIV-affected women with their property and inheritance rights, and with each other.

“They taught us women to write memory books, she recalls. “I drew pictures showing how we buried my husband and the family disputes that arose. But also of the people who were involved in resolving them, and how my property was restored. It has given me a voice to retell my story of property dispossession with courage.Hear more of Phillipa's story in the video below.

The organization Women and Law in Southern Africa Research and Education Trust (WLSA), has been working to empower women living with HIV and AIDS by educating them on their property rights, supported by UN Women and the Canadian International Development Agency.

In Zimbabwe, gender dynamics deprive women of most, if not all control over resources such as land, money and credit facilities, and this reduces their ability to access justice and protect their rights. Few, for example, have marriage certificates or wills. For those who are widowed or ill, this disadvantage can be worse since many confront their struggles entirely alone.

“HIV-positive women face stigma and discrimination, and often fail to inherit property because of that, says Gertrude Murungu, Senior Programme Officer at WLSA. “Our research department estimates that 40 per cent of Zimbabwean women whose property was grabbed over the past three years, were HIV-positive.

As a part of this programme, a Mobile Legal Aid Clinic helps vulnerable HIV-affected women who are unable to pay legal fees. Its clients span those who have the illness themselves, and those whose partners suffer or have died from HIV/AIDS, in both rural and urban areas. Through the clinics, women can learn about their entitlements, seek advice, and learn critical skills, such as how to write and register a will at the High Court - and how to keep it safe.

To expand on this awareness, the Trust has created 18 empowerment circles in low-income communities, where women share what they have learned and support each other. It has also set up two Help Desks at the High Court and Magistrate's Court in Harare, Zimbabwe's capital. To advocate for and expand these programmes it works with with local NGOs, as well as state representatives, from the Ministry of Justice to the police.

“This is a very practical strategy which needs to be duplicated in every other court throughout the country, said Mr Eldard Mutasa, Deputy Master of the Harare High Court, of the help desks. “Women come from far and do not know how to access services at the courts. Some cannot even afford a dollar to photocopy their papers. The Help Desk has been meeting this challenge.

The Trust has also been working with traditional leaders - many of whom preside over property and inheritance cases in informal courts - to ensure that the awareness becomes rooted and practiced in local communities.

Much more remains to be done, and Mustasa notes that next, lawyers and judges must be trained on and sensitized to laws that protect women. “Some sections of the law are often misunderstood, even by some lawyers, who end up giving wrong advice and short-changing women, he adds.

But the most important step has been taken: engaging the women themselves as change-makers.

“WLSA taught me how to write a will - now I spend my time teaching other women to do the same, says Marisa. “As HIV-positive women, if we have nothing to do, we keep worrying. If we get busy we will forget our troubles and become stronger.