Pooling resources for local development: Tanzanian women take matters into their own hands 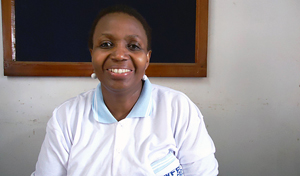 “You need to join forces if you want to stand strong, explains Batuli Massawe, a 46-year-old mushroom farmer who has become a respected entrepreneur due largely to training and solidarity lending in the community of Morogoro, 190 km west of Tanzania's capital.

In a country where agriculture provides the main source of livelihood for a large majority of the population — accounting for more than two-thirds of employment and almost half of Tanzania's GDP — the the agricultural sector is particularly ‘feminized', with up to 80 per cent of rural women[1]taking part in agricultural activities. Although women form the backbone of Tanzania's economy, they often are excluded from the decision-making process which affects their everyday lives.

To address this situation, UN Women and the UN Capital Development Fund (UNCDF) launched the Gender Equitable Local Development (GELD) pilot programme in partnership with government authorities. The Municipality of Morogoro was chosen to pilot the initiative, where UN Women has been advising on gender-responsive budgeting - a tool to ensure that Government resources are being spent on the needs of both women and men.

The Municipal Council of Morogoro having undertaken gender mainstreaming training asked women's groups to participate in several community consultations in order to identify which gender-related issues should be addressed in its budget. 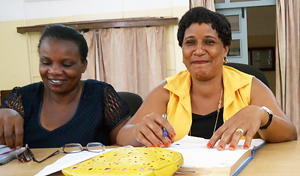 Esther Nathai Mufui (left) is Treasurer and Emmy Kiula (right) is Chairperson of the Tanzanian Women in Food Processing Trust, through which more than 200 women have pooled their resources to spur local agribusiness. Photo credit: UN Women, Laura Beke.

“When we first attended the consultations, it was very difficult to point out one problem in particular, because women are being held back on so many levels here, recalls Emmy Kiula, a 47-year-old mother of five with a family farming business in mango pickles. A former Municipal Ward councilor for five years, she has had to overcome many societal barriers. In fact, Emmy says she felt unsure whether her input in the consultations would be taken seriously, because “some people simply do not think women are worthy of being listened to.

In Tanzania, women are still denied the right to own land, access credit or even receive an education. As a result, 60 per cent of Tanzania's women live inabsolute poverty[2].

“By bringing together people from different communities, everyone was given the opportunity to speak up and identify the pressing needs in society, including food processing said Emmy. “As a result, we decided to pool our resources into a Trust Fund to support women involved in this precarious sector.

Combining their own finances, the 228 members of the newly founded Food Trust, investing more than US $3,000 (5 million TSH), which has since been used to support women by granting loans and organizing workshops on agribusiness practices.

With better agricultural skills and more knowledge of agri-business, the women farmers assure the quality of processed food has markedly improved in the area. Better quality has generated more demand for products at a higher price, and has enhanced women's access to markets.

“We are making such a difference in the community because we directly respond to women's needs, says Emmy, Chairperson for the Trust. “We hold quarterly meetings to measure the progress made and decide collectively how to re-invest the proceeds of the Trust. And by deciding collectively, we all hold each other accountable for our actions. 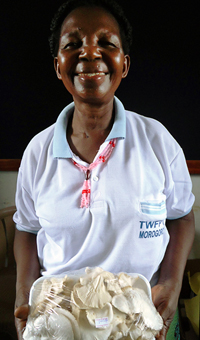 It is precisely this sense of ownership which goes to the heart of community development. Morogoro's local authorities have responded to the real challenges of their community and have institutionalized women's leadership by drawing up an inclusive, gender-responsive budget.

With greater income, women are now respected as established contributors to the household. In turn, they feel more encouraged to make sure their voices are heard, reinforcing the cycle of empowerment.

“The beauty of it all is that we did not reinvent the wheel, TWIFPT treasurer Esther Nathai Mufui adds, smiling. “We were already processing food. We already dreamt of standing on our own two feet. We just needed that extra push to take matters into our own hands.

Related News
12/09/2019
From Tanzania to Algeria, rural women are taking charge of their lives and livelihoods
04/06/2013
Mothers lighting up homes and communities in rural Tanzania
10/04/2013
In Tajikistan, rural women gain business skills and independence through self-help groups
10/09/2019
In the Bolivian Amazon, women are protecting the forest and empowering themselves
10/07/2019
Press release: IIX and UN Women partner to empower millions of women through innovative finance
END_OF_DOCUMENT_TOKEN_TO_BE_REPLACED