In the Bolivian Amazon, women are protecting the forest and empowering themselves

While parts of the Amazon are in flames across Brazil and eastern Bolivia—from fires largely caused by burning to clear arable land—communities in northern Bolivia are protecting their forests through a series of economic empowerment projects. 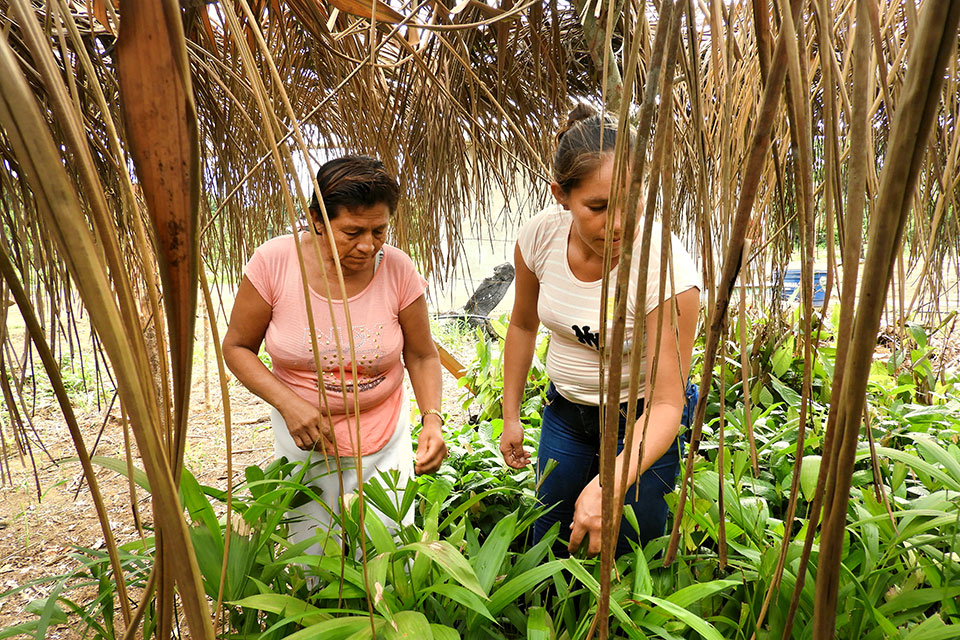 In the northern Bolivian Amazon, a sustainable venture is involving the local community in processing wild fruits from the Amazon jungle, and at the same time, protecting the forests against felling of trees and pollution. Photo: UN Women/Teófila Guarachi.

At midnight, amid screeching jungle crickets, 35-year-old Sandra Justiniano arrives at a small processing plant to start her shift extracting the pulp of asaí and majo fruits alongside other indigenous women from the community of Buen Retiro, in the northern Bolivian Amazon.

“Thanks to the project … we’ve improved our lives,” explains Justiniano, President of the Agricultural Association of Amazonian Producers of Majo and Asaí of Riberalta. “We’ve improved our knowledge, our economy, and with that, our lives and that of our children.”

With funding from the Italian Agency for Development Cooperation (AICS), UN Women and Bolivia’s Ministry of Productive Development and Plural Economy (MDPyEP) have provided technical assistance, technology, and assets to improve the production of 10 women-led enterprises in four municipalities. More than 240 women are involved in the programme, which began in May 2018. 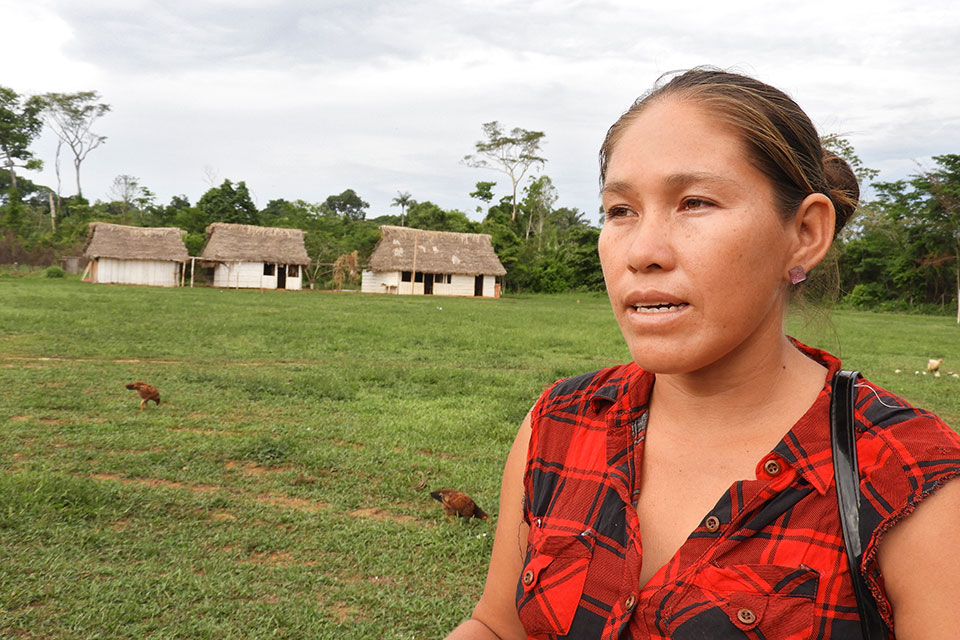 Sandra Justiniano believes that the Amazon forest is integral to the life and culture of her people. “We must take care of it, stop the felling of trees, the burning …,” she says. Photo: UN Women/Teófila Guarachi.

The Buen Retiro venture involves 24 women and men who process açaí, majo, and cupuaçu—wild fruits from the Amazon jungle. Justiniano says the project has improved forest management, as well as relationships with suppliers, numbering more than 200 people in the surrounding communities that collect these fruits.

“Now these providers are trained together with their families on how to care for the forest; how to protect mother earth,” explains Justiniano. “The talks, learning sessions, and workshops that UN Women gives us also benefit them …. They know that if they chop down an açai tree, it will take 20 years to regrow, and that will cause damage to the entire community. So, we teach them to take care of the forest and not to burn during dry periods.”

The community where Sandra lives is predominantly indigenous and the project incorporates ancestral knowledge in the care and management of the jungle.

“We were born in the forest,” says Justiniano. “We grew up in it and now it provides us with life because our children grow up here. That’s why we must take care of it, stop the felling of trees, the burning …. We must also avoid discarding garbage, plastics and batteries that generate pollution. That’s why we socialize all communities on how to take care of our forest, to pass this knowledge on to our sons and daughters …. Forest care is our responsibility.” 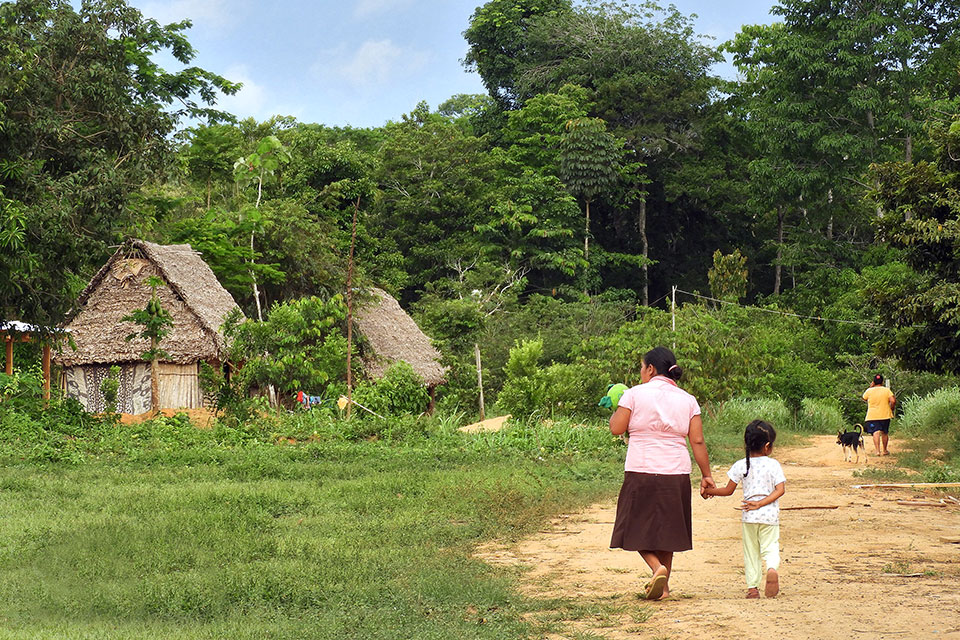 Violeta Domínguez, UN Women Representative in Bolivia, says the project’s initial results include the economic empowerment of women and female-headed households, the strengthening of the Amazon territory, and the revitalization of the local economy. She stressed that, in many cases, women’s empowerment and economic autonomy can also help break the cycle of gender-based violence.

All projects include specialized training in handling machineries, financial and leadership skills, but also awareness-raising on gender equality and masculinities, as well as gender-based violence laws and prevention.

The Government of Bolivia is a key partner of the programme and has delivered productive assets, such as a generator and machines for processing the fruits and labelling the products, to the indigenous-women-led projects. 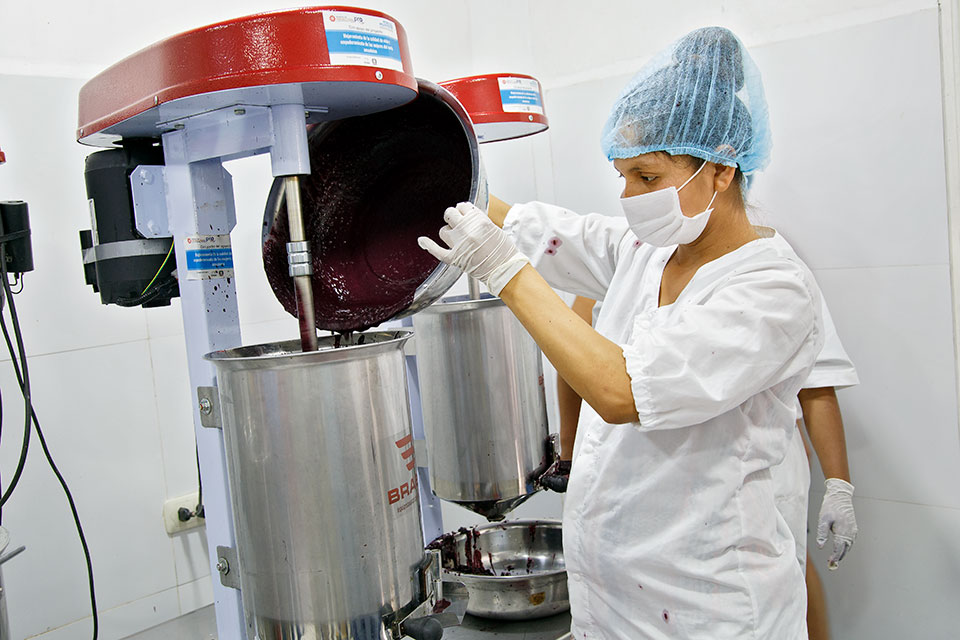 A scene from the processing facilities of the Buen Retiro venture. The project has provided technology and assets to improve the production of 10 women-led enterprises in four municipalities. Photo: UN Women/Teófila Guarachi.

Many of the women involved in the project with Justiniano are single mothers with limited economic prospects.

“It has improved our incomes; we acquired new knowledge about empowerment, about our rights and finances; we learned to present projects; we know about expanding markets …,” says Justiniano. “We are able to speak in public, participate actively, present our economic proposals to the authorities, and negotiate with them. That is empowerment.”

Before the UN Women project began, the Buen Retiro venture sold 200 litres of açaí juice per day, produced by hand. Now they sell up to 500 litres daily and can extract pulp for sale. They also supply the municipal government’s school breakfast programme. The Association will soon present its products at national fairs in Santa Cruz and La Paz and is even negotiating with companies to supply other regions of the country.

“But, this will all only be possible if we take care of the forest,” Justiniano cautions.

Globally, at the intergovernmental level, UN Women is working to boost the role of women in climate change mitigation and forest management. It published a report on gender in biodiversity and, ahead of the UN Summit on Climate Action on 23 September, UN Women will launch a manual on ways to ensure a gender-responsive approach in land-related projects and programmes, so that they benefit, rather than harm, the environment.