Youth around the world work on projects to help women in their communities achieve their full potential.

Growing up in Cairo, Nora Hamdy, 21, saw domestic violence all around her. She recalls seeing men hitting their wives because they didn’t do as they were told, not allowing their wives to go to work or to be financially empowered. She even heard of a man kicking his pregnant wife in the abdomen because he wanted a boy, not a girl. Nora said she felt like she needed to do something so she searched online for organizations working to empower women. That’s when she found the Empower Women platform and network for women’s economic empowerment. 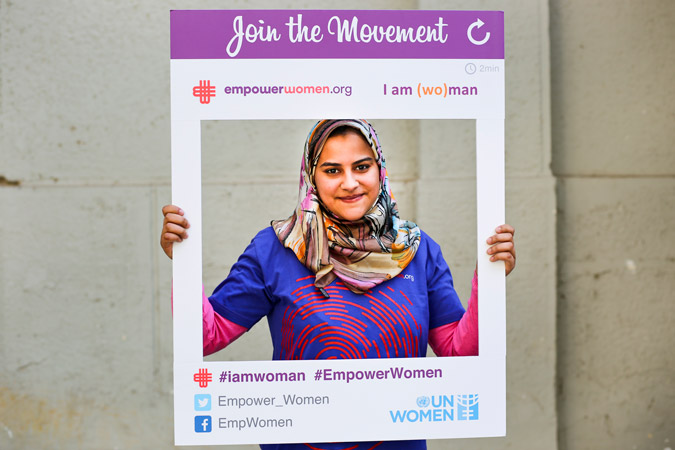 Witnessing instances of gender inequality such as these first-hand experiences have inspired many Empower Women members to actively engage in advocacy for women’s empowerment. Facilitated by UN Women, Empower Women is dedicated to empowering women to achieve their full economic potential by inspiring both women and men to become advocates, change-makers and leaders in their community. Members are equipped with resources through the global online platform, EmpowerWomen.org, and are encouraged to work on projects to help people like Nora achieve women’s economic empowerment in their communities.

With support of Empower Women, through webinar-based learning and one-on-one mentoring sessions, Nora began an initiative to empower girls at her local high school. Through a three-section extra-curricular course, she covered domestic violence, entrepreneurship and artistry. Nora gave a presentation to the female students about the different types of domestic violence, warning signs of abuse and how they can differentiate between people who are controlling them and people who really love them.

She also called in an additional instructor to teach the girls about entrepreneurship, women’s rights, including their financial rights, how to manage finances, and how to make handcrafts and sell them.

“Now they know their rights and they will know how to make money and no one will take this power from them,” Nora said. “No one can make them stay in positions they don’t want to be in because they don’t have money.” 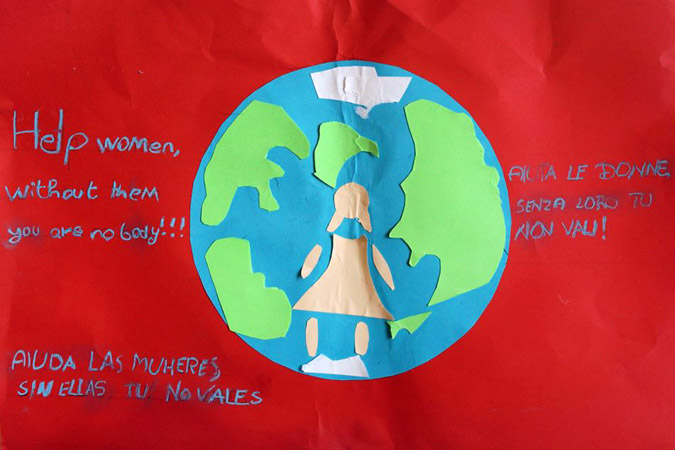 As a teacher in Italy, 42-year-old Chiara Luna collaborated with other teachers to plan a series of workshops to explain key concepts of women’s economic empowerment and gender equality to 13- and 14-year-olds students. She gave a presentation and played a game with the students in which they had to tell stories with character cards. The stories were unconventional in their north-eastern Italian community, including examples such as families with two dads, women who become astronauts and dads who stay home and cook. After the game, Chiara opened a drawing competition titled, ‘iDraw to Empower Women.’ All the students’ submissions were featured on EmpowerWomen.org where the community voted on the winners. The drawings were also hung up around the school in honour of International Women's Day.

Chiara said the students were so interested in gender equality that they created and presented a play about the topic to the local community.

“It was a wonderful surprise for me to watch the show at the end of school year,” she said. “I am happy because in my small way, I helped … by educating the future generation.”

Fuelled by Chiara’s WE Inspire blog article, Salamatu Musa, an Empower Women member in Nigeria, started a project to enable girls in senior secondary schools to enhance their vocational skills. She also involved the girls, their teachers, parents and community leaders in discussions on women’s empowerment-related topics.

Similarly working to educate communities, after volunteering with Empower Women, 31-year-old Prasida Khanal founded a non-profit in Nepal, Rebuilding Health. It focuses on educating the Nepalese people about women’s health concerns to create societal-level changes, and women’s empowerment in these communities. “I wanted to give back to my community so I just started it,” she said. 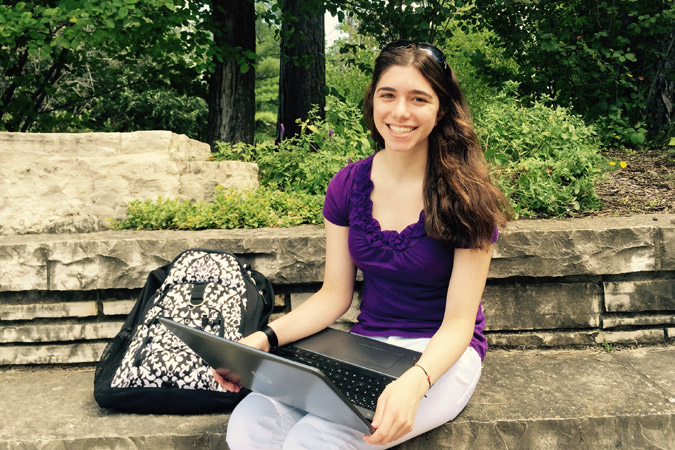 At just 17, Sienna Norquist started using the Empower Women platform and gave a presentation before hundreds of peers at her high school. Photo courtesy of Sienna Norquist

In Chicago, United States, 17-year-old Sienna Nordquist similarly rallied 300 social studies students at her high school for a presentation on women’s economic empowerment. She overheard male students complain about having to attend, musing about what women’s empowerment had to do with them. She spoke about the importance of self-empowerment and gave examples of young women and men who’ve participated in Empower Women’s ‘I am (wo)man’ campaign to show what they could be doing as young people.

Related News
15/08/2022
In focus: Women in Afghanistan one year after the Taliban takeover
25/07/2022
Press briefing: The situation of women and girls in Afghanistan
09/03/2015
Stock exchanges ring their opening bells for gender equality
06/03/2013
Presentation by Michelle Bachelet and Julia Duncan Cassell at a side event on the COMMIT Initiative
07/09/2022
Explainer: Sustainable Development Goal 5
END_OF_DOCUMENT_TOKEN_TO_BE_REPLACED