When Category 5 Cyclone Winston hit Fiji on 20 February its winds flattened villages, uprooted crops and damaged infrastructure, while storm surges inundated coastal areas. Almost 350,000 people have been affected and in some of the worst-hit areas up to 100 per cent of the crops have been destroyed, threatening food security and livelihoods across the country. 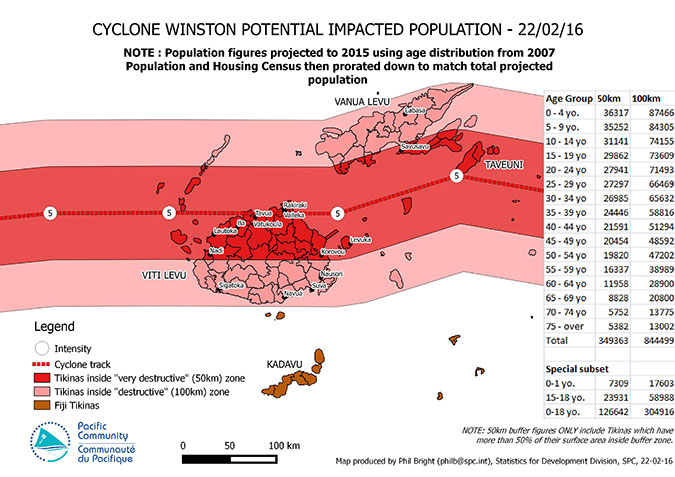 Women are over-represented in subsistence agriculture and make up the majority of market vendors in Fiji and the wider Pacific. The income they earn from selling produce and handicrafts at the market often pays for their children’s education and their families’ day-to-day living expenses.

Many vendors have lost their homes and livelihoods in one fell blow. Those whose homes were spared cannot pay their suppliers or have found that the farmers they normally buy their stock from have been devastated. Determined to earn what they can, some vendors are already back-selling whatever they can find in whatever structures are still standing; however, there is real uncertainty about what will happen when those stocks runs out.

UN Women staff visited some of the worst-affected areas in the days after the cyclones to talk to market vendors and farmers. Here are some of their stories. 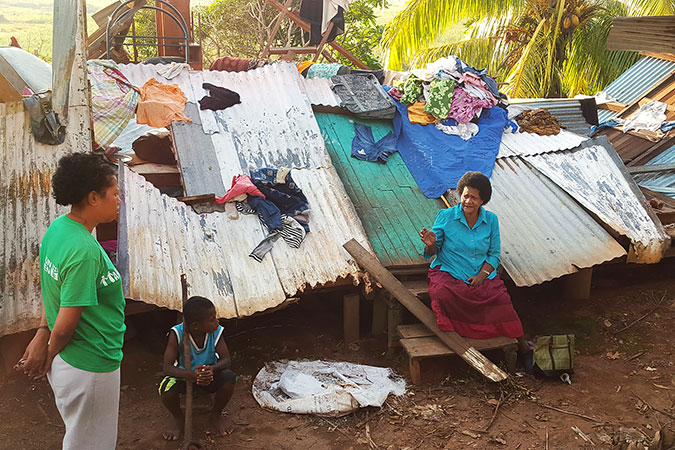 Unaisi Racaca talks to UN Women staff by what remains of her home just outside Lautoka. Photo: UN Women/Kasanita Isimeli

On 20 February, 60-year-old Unaisi Racaca was selling her produce as usual at Lautoka market, on the west coast of the island of Viti Levu. She arrived home to be told she needed to go to her closest evacuation centre, a local Muslim school. Hours later Cyclone Winston hit.

“In the morning when I went to check my house there was nothing left—my house was gone.”

Two days after the cyclone hit, Unaisi was back at the market, which came through largely unscathed.

“I still have to sell because I take from my suppliers on credit and I need to pay them. I also have to pay for my stall fee of F$15 [USD 7.50] every week. And I need to meet the needs of my family.”

She usually gets her supplies of cassava, vudi, dalo, lemon and chillies from Rakiraki, which has been one of the hardest-hit areas.

A widow for over 20 years, Unaisi looks after her two youngest children, one of whom is attending college, as well as her grandchild.

“I sell cassava and green vegetables. By next week I don’t know where I am going to get produce to sell. And we still have to pay our stall fee. I can’t keep giving excuses to the market master that I can’t pay my fees. So I have been discussing with other vendors where we may get assistance for stall fees if we have nothing to sell.” 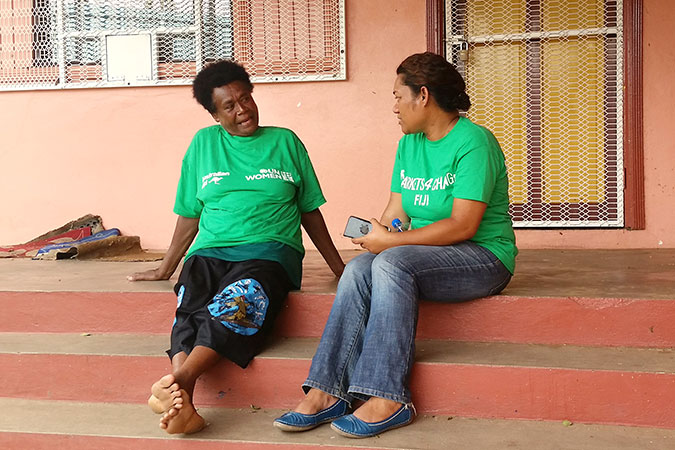 Asenaca Salusalu and her family were at home in their rented house in Rakiraki when they heard that Cyclone Winston was coming their way. A police officer took them to the local evacuation centre and, several days later, they are still there.

“Our home was destroyed. We lost all our belongings and could only save the clothes that we were wearing. We even lost our cooking pots.”

Originally from Nasau village on Koro Island, Asenaca moved to Rakiraki 15 years ago to work in the market in order to pay for her children’s education. On the north-western coast of Viti Levu, Rakiraki was one of the areas hardest hit by Cyclone Winston. The local market was completely destroyed and local suppliers are struggling.

“I don’t have anything to support my family; I don’t have a source of income. We will try our best to get back to our normal business as my family is depending on it for survival.” 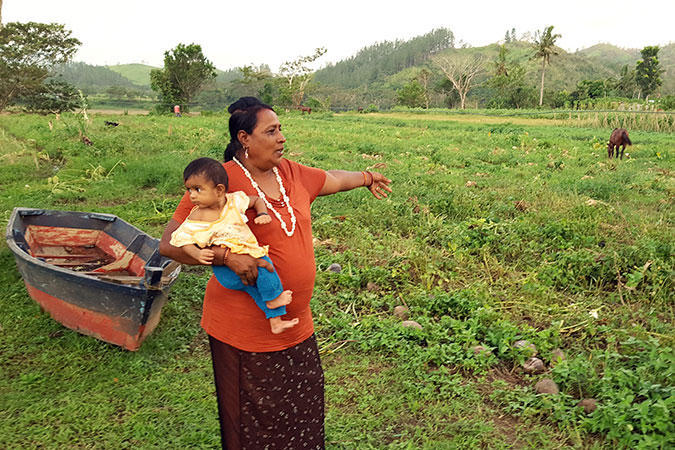 Raj Wati showing part of her farm that was destroyed by flooding. Photo: Kasanita Isimeli.

Raj Wati and her family relied on their pawpaw plantation in Sigatoka as their main source of income. The money they earned was reinvested in the farm, while anything that was left over went towards the family’s groceries and her grandchildren’s school supplies. Now she’s uncertain about the future.

Her latest crop had been cut and removed, ready for planting after the rainy season had passed. Cyclone Winston destroyed them all. The rest of the crop, which was growing by the river, has also been destroyed by the flooding.

“We don’t know how long we will have produce. Maybe next week we will not have anything to bring to the market.”

In the meantime Raj is looking into planting some short-term crops while looking for support to replant her farm.

Through its Markets for Change project, UN Women will work with other groups to provide women market vendors with tools, supplies, seeds and training so they can replant their gardens and get back on their feet as quickly as possible. UN Women also will work with local governments to rebuild market buildings that were damaged or destroyed.

You can help us support the women and girls of Fiji by donating here: https://unwomen.org.au/take-action/donate/fiji-cyclone-appeal/

Related News
07/11/2017
In the words of Varanisese Maisamoa: “We want to empower our market vendors to be climate resilient”
28/04/2016
A snapshot of our work in response to the cyclone in Fiji
16/03/2016
Temporary market space in Rakiraki supports vendors post Cyclone Winston
26/02/2016
Women of Fiji look for support to rebuild their livelihoods
26/09/2017
In the words of Shobhna Verma: “Once I came into the market, there was no turning back”
END_OF_DOCUMENT_TOKEN_TO_BE_REPLACED