In an announcement this week Fiza Farhan from Pakistan was named Member of the first ever High-Level Panel of the UN Secretary-General on Women’s Economic Empowerment. The establishment of this distinguished panel was announced in January at the World Economic Forum in Davos with UN Women serving as its secretariat. 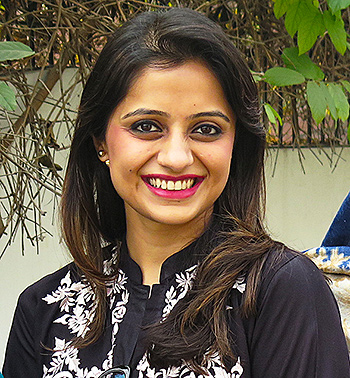 The Panel will provide recommendations for the implementation of the 2030 Agenda for Sustainable Development to improve economic outcomes for women and promote women’s leadership in driving sustainable and inclusive, environmentally sensitive economic growth. It will provide recommendations for key actions that can be taken by governments, the private sector, the UN system and other stakeholders, as well as policy directives needed to achieve the new targets and indicators in the Sustainable Development Goals which call for the economic empowerment of women, and benefits all. The panel is backed by the United Kingdom, the World Bank Group and UN Women, the United Nations Entity on Gender Equality and the Empowerment of Women.

Growing evidence and recognition by governments and the private sector reveal that women’s economic empowerment has a multiplier effect and boosts whole economies. Research shows that women invest their income back into their families and communities, including in health and education. McKinsey Global Institute estimates that if women in every country were to play an identical role to men in markets, as much as US$28 trillion would be added to the global economy by 2025. Yet women continue to earn less, have fewer assets, bear the burden of unpaid work and care and be largely concentrated in vulnerable and low-paying activities. Women spend more than twice as much time on unpaid care and domestic work as men and women on average are paid 24 per cent less than men globally for the same work. Moreover, 75 per cent of women’s employment in developing regions is informal and unprotected. These gaps constrain women’s rights and hinder economic growth and productivity. Significantly scaled up actions and political will are required to ensure that governments, development organizations and others invest in the economic empowerment of women for the benefit of whole societies.

As a Member of the first-ever High-Level Panel on Women’s Economic Empowerment, Farhan will join leaders of the International Monetary Fund, World Bank Group, UN Women and a diverse range of eminent gender and equality actors, economics experts, academics, trade union leaders, business and government representatives from across the world.

Read the full press release on UN Women’s regional website for Asia and the Pacific: http://asiapacific.unwomen.org/en/news-and-events/stories/2016/02/fiza-farhan-appointed-member-of-the-un-high-level-panel-on-wee

Related News
19/09/2018
UN Women champions empowerment for desert women amid energy boom in Thar
20/08/2018
From where I stand: “I realized for the first time that female workers also have rights”
21/06/2016
From where I stand: Khateeja Mallah
29/01/2016
Landless women farmers receive land tenancy for the first time in Pakistan
18/03/2014
A reflection on the First Women Bank of Pakistan and Benazir Income-Support Programme by Deputy Executive Director Lakshmi Puri
END_OF_DOCUMENT_TOKEN_TO_BE_REPLACED