From where I stand: Sahar el-Salab 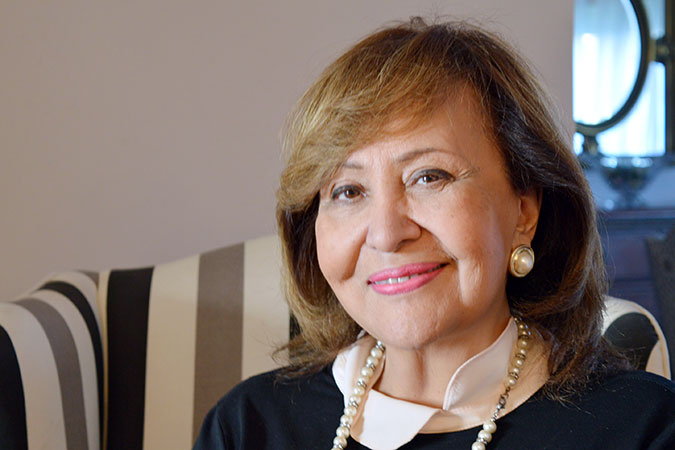 I always said I needed the day off because I was the one who is sick, not my son or daughter. For that was not acceptable. At my first job, I was promised a training abroad in credit management. When the time came, they said to me: ‘we are very sorry, we had to focus on four other people’. They were all men.

On my second job, I led 30 people who were older than me: 80 per cent of them were men, 20 per cent were women and most of them are now the top bankers in Egypt. But I always had a leadership philosophy which is: I need to listen; I need to be modest; I don’t need to flex my muscles all the time. I treated men at work the way Egypt wanted me to treat them. They had to be the machos and they needed the ideas to come from them. I remember many of the women I recruited complaining about men refusing to include them or blocking their access and making their lives difficult.

I hit my glass ceiling at ‘Vice’ [President]. I was the first woman to hold the position of Vice [-President] of a major financial institution in Egypt. It was time to become a chairperson, but we have never had an Egyptian woman chairperson of a major financial institution. And it was not until last year that we even had a second Vice-President who was a woman. You must be a technically superior superwoman who makes no mistakes to be successful. We have to start where everybody ended. We must open up chances for women to be everywhere.”

Sahar el-Salab, arguably the most successful woman in the Egyptian banking sector, is currently CEO of a family business and a member of the Arab Network for the Economic Empowerment of Women (Khadija)—a regional network of representatives of social, public and private sectors, supported by UN Women and the European Union. She increased women’s representation in management from 18 to 43 per cent at the Commercial International Bank she managed. Her work is directly related to the Sustainable Development Goals. SDG 5, on gender equality, seeks to ensure women’s full and effective participation and equal opportunities for leadership at all levels of decision-making; while SDG 10, on reducing inequality, seeks to empower and promote the social, economic and political inclusion of all, irrespective of status.