Severely traumatized after losing her four-year-old daughter during the April 2015 earthquake in Nepal, Kalpana Shrestha is on the road to recovery today, thanks to psychosocial counselling she received at a UN Women-supported multi-purpose women’s centre in Sindhupalchok District. To date, the centre has provided psychosocial counselling to nearly 500 women and young girls. 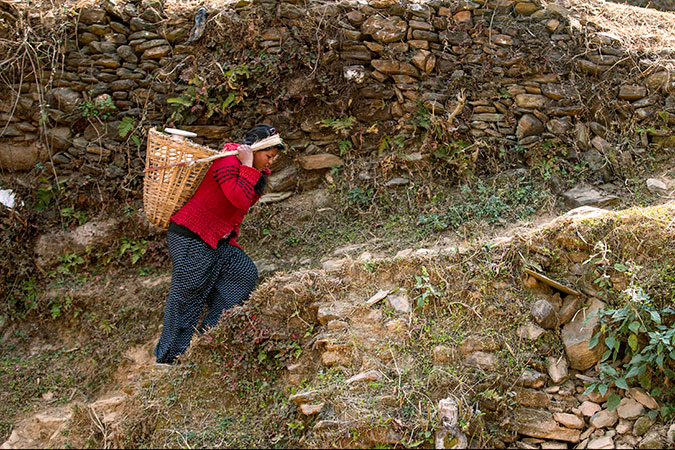 On 23 April, Kalpana Shrestha dropped her four-year-old daughter off at her mother’s house for a few days. Kalpana returned home to her village in Sano Sirubari, two hours away in the central part of Nepal, but promised to pick her up soon. “My daughter loved spending time with her grandparents, and she got to drink fresh buffalo milk,” she says.

Two days later, at around 11.30 a.m., Kalpana’s mother left her granddaughter sleeping in her cot while she caught up on her household chores. At 11.56 a.m., the ground started shaking violently. It was the 7.8-magnitude earthquake that hit Nepal on 25 April and killed 9,000 people. The shock was so severe that her house collapsed immediately.

The strong aftershocks kept coming so no one could go in to pull Kalpana’s daughter out. Kalpana rushed back to find the house turned to dust. She tried to dig her daughter out, with help from her parents, but it was too late.

“They told me she was dead. They pulled her body out. I don’t remember what happened to me after that. I passed out,” Kalpana says, recalling the horror of that day, tears welling in her eyes. “I had left her with my mother so that she could drink buffalo milk and be healthy. I should have kept her with me… Maybe then she would’ve survived.”

This is not the first tragedy in Kalpana’s life. A few years ago, she lost her eldest child, a two-year old, in a drowning accident. “It took me a long time to get over that tragedy. At least I had my younger daughter then. Now she is also gone,” Kalpana says, wincing at the memory.

The days following the earthquake are all still a blur for Kalpana. She has little recollection of what happened to her. 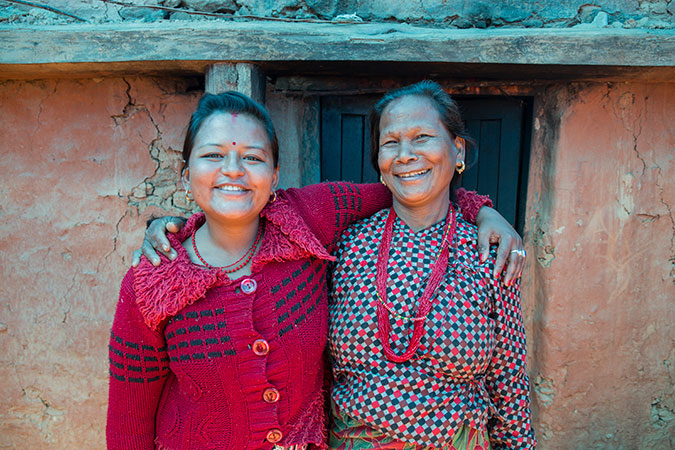 “We lost her to the trauma and pain of losing her children,” says her sister-in-law, Renu Shrestha. She says Kalpana suffered severe depression and would just stare into space, not responding to anything. Then she would disappear for weeks. “Her mother-in-law spent days looking for her, following her trail and bringing her safely back,” says Renu.

Sarita Shrestha is a social mobilizer for the women’s organization, SAATHI, in Sindhupalchok. In response to the April and May earthquakes, SAATHI, with support from UN Women Nepal, has been running a multi-purpose women’s centre (MPWC) in Chautara, Sindhupalchok District, providing health, legal, psychosocial, livelihood and other support for women earthquake survivors. To date, the centre has provided psychosocial counselling to nearly 500 women and young girls.

Sarita learned about Kalpana’s condition while visiting homes in her area, and knew right away that she needed counselling and mental health assistance, so she approached SAATHI’s psychosocial counsellor, Juni Maya Shrestha, who decided to pay Kalpana a home visit.

When Juni arrived, Kalpana refused to come out and talk. After much coaxing, she did, but would not answer questions. “She had her head down; she refused to meet my eyes, and would keep staring at her hands mindlessly,” recalls Juni.

She knew this was only the beginning of a long road to counselling. Juni spent a long time just talking to Kalpana and making her feel comfortable, building trust. Kalpana dropped by the MPWC several times over the following months, talking to Juni and participating in counselling sessions. 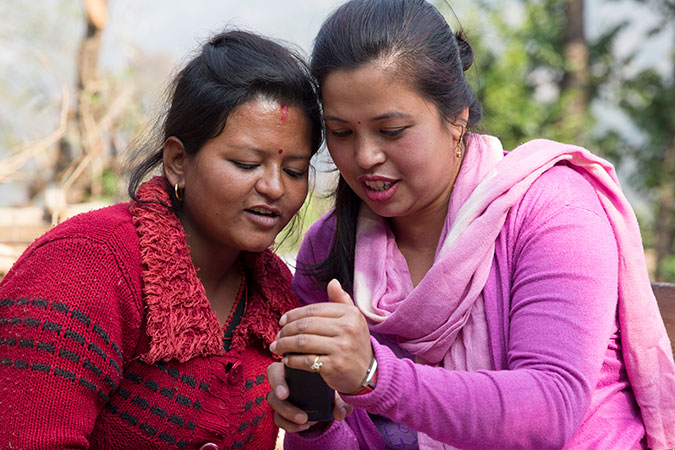 Almost seven months since Juni’s first visit to Kalpana, on this particular March day, Kalpana greeted Juni and her team wearing her best clothes, eager to tell her story of recovery.

“Kalpana is a totally different person; she is happy; she is active helping her family; she is healthy. But most importantly, she is open to talking about the trauma she went through with the death of her children,” says Juni.

There is warmth and trust between Juni and Kalpana. “I like visiting the Centre, it makes me feel safe to know that there are people that I can talk to about how bad or good I feel,” says Kalpana. “They have taught me that what I have is a mental illness, and that it can be managed.”

When she lost her first baby, she dealt with the trauma because she had another to take care of. “When I lost my youngest, I didn’t have anyone to live for,” says Kalpana, “But now I know that I have to live for me; that I have to be healthy and happy because my family, my in-laws depend on me.”

Kalpana is now beginning to think about what she wants to do in the future. She wants to learn a skill she’ll enjoy and to make money. “I’ve always wanted to open a hair and beauty salon—I could cut women’s hair, put makeup on brides, do their nails and make them feel better.”

And she is no longer in a rush to have more children. “My doctors, counsellors, family tell me I am just 25; that if I want to have children, I have plenty of time,” she says, adding with a smile: “For now I want to concentrate on my health and on my happiness.” 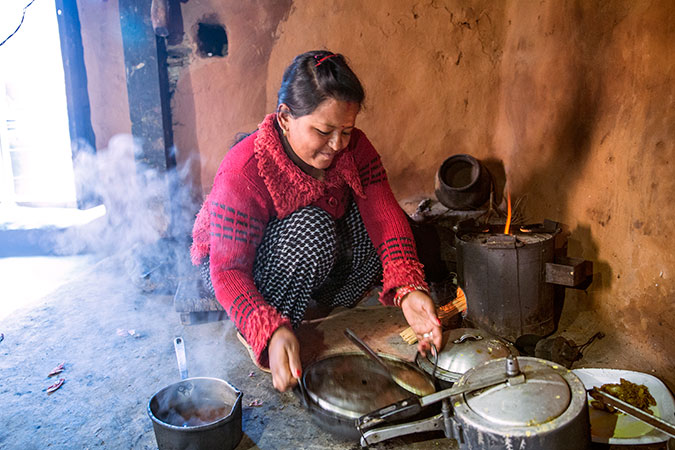 Kalpana Shrestha now takes an active part in household work and wants to start her own small business in the future. Photo: UN Women/N. Shrestha
Related News
01/10/2021
Comprehensive relief package provides support to women and excluded groups during the COVID-19 pandemic in Nepal
13/04/2020
From where I stand: “I want to hug my daughter and take care of my parents, but this sacrifice needs to be made to keep them and others safe”
02/08/2016
Healing in post-earthquake Nepal
02/05/2016
UN Deputy Secretary-General visits UN Women multipurpose centre in Nepal
24/04/2016
Speaking the same language in post-disaster Nepal
END_OF_DOCUMENT_TOKEN_TO_BE_REPLACED