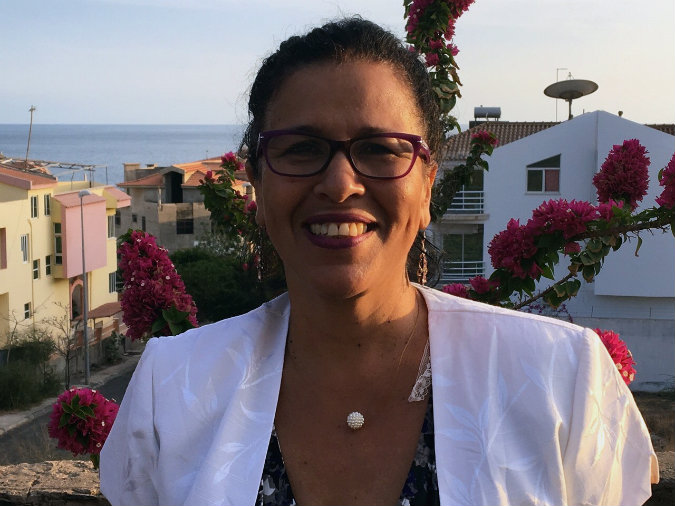 “Gender equality and women’s empowerment represents to me much more than work—it is my way of being in life,” said Ms. Rosabal.

During her time with UN Women, Ms. Rosabal has been a vital asset in accomplishing programme goals in areas such as gender-based violence, women’s economic empowerment and women’s political participation.

With her tremendous technical capacity, she contributed to positioning Cape Verde at the front line of several gender initiatives, such as creating the Gender Observatory, and launching and implementing the HeforShe campaign. She also helped make Cape Verde the first African country to launch the Free and Equal campaign, and supported the creation of a rehabilitation programme for gender-based violence offenders.

Ms. Rosabal has strongly contributed to several UN Women results within the UN Country Team and with different national partners.

“While UN Women loses a great asset, I believe that your new position constitutes a major gain for the country and for the global movement for gender equality and the empowerment of women,” notes Diana Ofwona, UN Women Regional Director a.i. for Eastern and Southern Africa Regional Office and West and Central Africa Regional Office.

Before joining UN Women, she spent 21 years working for Cape Verde’s Ministry of Education, holding a number of leadership roles. Ms. Rosabal later worked as a gender advisor for the Institute of Gender Equality and Equity. Over the course of her career, she has provided many trainings on gender awareness, on implementing a gender focus in education programmes and to build the capacity of community leaders on gender and local development.

Born in Havana, Cuba, Ms. Rosabal grew up and studied there. In 1981, after finishing university with a degree in history, she came to Praia, Cape Verde. Since then, she has lived in Praia with her husband and four children.

Related News
20/09/2022
Press release: New Platform of Women Leaders meets at UN General Assembly
04/10/2019
If you teach a girl to code, she will change the world
03/05/2019
From where I stand: “Every journalist must be aware of the power they have to help change things”
23/04/2019
From where I stand: “Girls have to contribute towards innovation and technology”
11/03/2019
In Cabo Verde, domestic workers call for legal protections and right to social protection
END_OF_DOCUMENT_TOKEN_TO_BE_REPLACED