From where I stand: Haidara Djeneba Sy 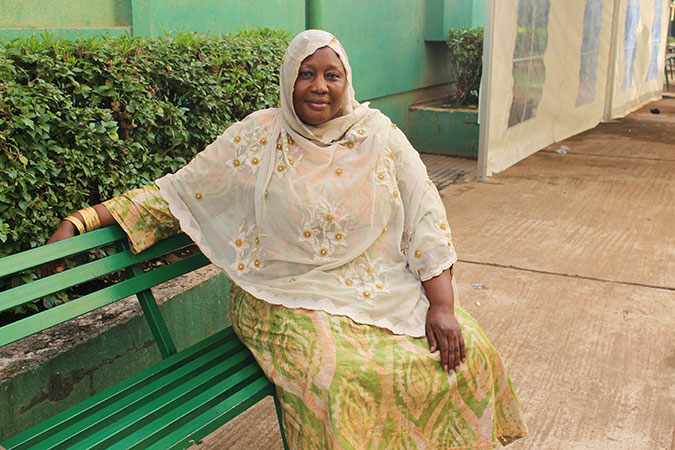 Extremism started spreading slowly, like a cancer, since the conflict erupted in 2012. Right now, there is a real fear of radicalization and recruitment of our youth by extremist groups.

As women, as women religious leaders, we have a role to play in stopping this from happening. As mothers, sisters, spouses, teachers and care-givers, we are closest to our children. As leaders, we are trusted. We can influence their decision-making if we start addressing the risks at an early age.

Muslim women [in Mali] often think of themselves as ‘stay-at-home-women’. Traditions created by men have led to the belief that women are somehow inferior to men. This is not what the Quran teaches. As a religious woman leader, I am able to talk to other women, help them understand that they have equal rights.

I preach, educate and sensitize women and men, through examples—practical ones, and those from the Prophet’s life. I remind them that Islam respects women, encourages women’s economic empowerment.

It’s not easy being a woman religious leader. Women of faith are expected to stay behind, instead of standing beside men. Men of faith often act as men first, to preserve their manly interests.

As women of faith, as leaders, we must persevere and advocate for our rights. We must make our voices heard, hone our leadership skills, and insist upon our economic empowerment.

There’s a saying in my country, “empty bag doesn’t stand”. We can influence our youth and our nation, but not when we are poor and in weak positions.

Haidara Djeneba Sy, is a religious woman leader from Yirimadio (Bamako), Mali. In May 2016, she became the first woman Vice President of the National Network of Malian Muslim Youth (UJMMA). UN Women in Mali works with UJMMA on peace-building initiatives and supported the Third National Forum of UJMMA, which included a special session on Muslim women’s roles in fighting religious extremism. Djeneba Sy’s work contributes to Sustainable Development Goals—SDG 1, on ending poverty by ensuring that all men and women have equal rights to economic resources; SDG 5, which calls for women’s leadership and participation in decision-making at all levels and ensuring their equal rights to economic resources; SDG 8, which aims to promote inclusive and sustainable economic growth, full and productive employment and decent work for all; and SDG 16, on promoting peaceful and inclusive societies, and building capacity at all levels to prevent violence and combat terrorism and crime.