Press release: UN Initiative to boost resilience of women and youth in the Sahel through climate-smart agriculture launched at One Planet Summit

Paris/New York – A new United Nations initiative, aimed at building the resilience of a million women and youth in the Sahel to climate impacts through smart agriculture, was launched today at the One Planet Summit. The launch coincides with a gathering of world leaders in the French capital to mark the anniversary of the landmark Paris Climate Change Agreement.

The climate smart agriculture programme will leverage information and communication technologies (ICTs) to provide access to agriculture assets. Using a digital platform, known as “Buy-From-Farmers” or AgriFed, small-scale women and youth farmers will be connected to customers, suppliers, information, markets and finance to help build their economic identity and make them valued entrepreneurs, able to end food insecurity in the Sahel.

The initiative is a programme of the United Nations Integrated Strategy for the Sahel (UNISS) and the G5 Secretariat. The participating UN agencies are the UN’s Food and Agricultural Organization, the International Fund for Agricultural Development, the UN’s children’s organization UNICEF, UN Women, the World Food Programme, the International Organization for Migration, the UN Population Fund, the UN Office for the Coordination of Humanitarian Affairs, and the UN Development Programme, under the umbrella of the United Nations Office for West Africa (UNOWAS).

The G5 Sahel, the institutional framework for development coordination among the five countries in the region—Burkina Faso, Chad, Mali, Mauritania, and Niger—has identified combatting climate change and environmental degradation, along with their effects on rural populations, as a priority. At the national level, governments are working on adaptation strategies; the new initiative is designed to support those efforts.

UN Women presented the programme, which is among some 12 showcased at today’s Summit, on behalf of the UN system.

Women make up more than 40 per cent of the agricultural labour force in the Sahel and play a critical role in enhancing food security and nutrition. In most places with high prevalence of undernourishment, women farmers have significantly less access to land, information, finance and agricultural inputs. This makes them more vulnerable to climate shocks, and affects their health and the food security and nutrition of the entire household. Lack of employment, on the other hand, puts youth at risk of terrorist recruitment.

The One Planet Summit, co-hosted by the President of France, Emmanuel Macron, UN Secretary-General António Guterres, and the President of the World Bank, Jim Yong Kim, is aimed at supporting the formal UN process on climate action as nations look to raise climate ambition in the run up to 2020.

It also looks at measures needed to reform, redirect and reset the global financial system so that eventually trillions of dollars of finance flows into climate action under the Paris Agreement and the wider Sustainable Development Goals.

The joint UN initiative responds to 12 of the 17 Sustainable Development Goals and has the potential to economically empower at least one million people, mostly women, youth and marginalized groups in the Sahel, doubling their income in three years.

Building upon climate-smart programmes currently being implemented by the UN agencies participating in the joint initiative, it will contribute to the three pillars of climate-smart agriculture. These include: increasing productivity and incomes without damaging the environment; enhancing adaptation by strengthening local communities’ resilience and capacities; and mitigation, by reducing and/or removing greenhouse gas emissions through responsible farming, soil management and afforestation. 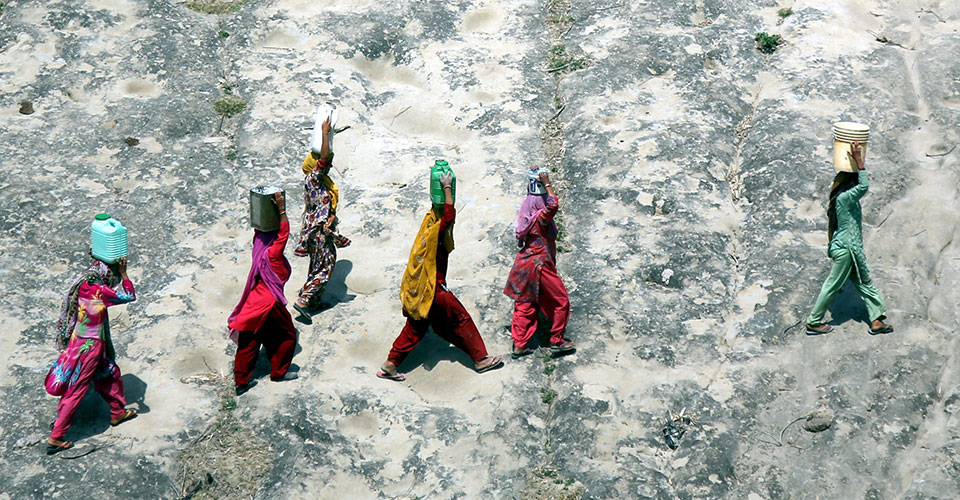 The planet is under threat. From human-caused greenhouse gas emissions to the overexploitation of the earth’s natural resources, unsustainable production and consumption patterns pose a risk to all of humanity. As early adopters of new agricultural techniques, first responders in crises, entrepreneurs of green energy, or decision-makers at home, women are agents of change who must equally be part of the solution towards a sustainable future. Learn more about the topic and how UN Women and its partners are paving the way towards change»

Our programmes on climate-smart agriculture

By investing in the shea sector, the UN Women-Government of Côte d'Ivoire programme has provided a climate-smart solution to reducing deforestation, while bolstering rural women’s economic empowerment. Read more »

Take five: Empowering women through climate-smart agriculture in the DRC