The long road to justice, prosecuting femicide in Mexico

In Mexico, at least seven women were victims of gender-related killings every day in 2016. The killings continue, although there are comprehensive laws in the books, because of prevailing impunity and the lack of effective implementation. It took Irinea Buendía six years to get justice for her daughter’s murder, but her pursuit of justice led to a historic precedent in prosecuting femicide in Mexico. UN Women is supporting government institutions and civil society organizations, so that together they can raise awareness and end impunity towards crimes against women and girls.

Irinea Buendía remembers the last day she saw her daughter, Mariana Lima, as if it was just yesterday. Her daughter had decided to leave her abusive husband. 'I will file a complaint…I know they will not touch him. He has always said that I cannot do anything to him, as he is a policeman; but I want to set a legal precedent." Mariana had said. “I will be back at three, and have lunch with you, mom”. She never made it to lunch." 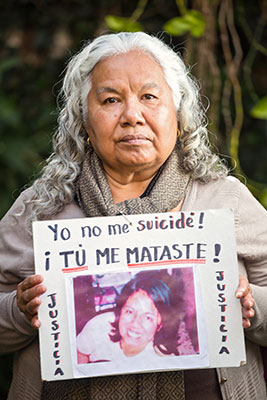 On 28 June 2010, Buendía lost her daughter Mariana Lima to femicide/feminicide—gender-based killings of women [1]. She was only 29 years old at the time.

Among the 25 countries with the highest rates of femicide in the world, 14 are in Latin America and the Caribbean region, with 12 women being killed every day [2]. In Mexico, an estimated seven women were killed every day in 2016 [3].

The international media attention to the infamous murders of women in Ciudad Juarez, Mexico in the nineties was a wakeup call for the region, and prompted increased attention toward data collection, reporting and legal interventions.

With years of advocacy and efforts, in 2014, UN Women and the Office of the High Commissioner of Human Rights launched the Latin American Model Protocol for the investigation of gender-related killings of women—a tool for the police, forensic doctors and other justice sector officials to properly investigate femicide. Today, 16 countries in the region have specialized legislation on femicide/feminicide, including Mexico.

Yet, in many parts of the region, including in Mexico, the killing has continued, showing widespread impunity, lack of adequate enforcement of laws. Part of the problem is that gender-related killings are often the last act in a series of violent acts that go unrecognized and unaddressed. For instance, Mariana Lima's relationship with her husband started deteriorating after they got married, with verbal insults and threats escalating to physical violence, until she was murdered. 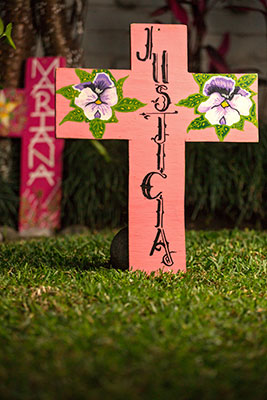 A cross calling for justice for the femicide of Mariana Lima, made by her mother. Photo: UN Women/Dzilam Méndez

The day Lima died, her husband Julio Cesar Hernandez Ballinas called Irinea Buendía to tell her that her daughter had committed suicide. "From the moment he called me, I knew he had murdered her," recalls Buendía, who started a long pursuit of justice, determined to send Ballinas to jail.

"For six years I have suffered not only the murder and loss of my daughter...the ordeal of dealing with the authorities and the judicial system only increased my pain because of the impunity and the corruption in these institutions," she adds.

Mariana Lima’s husband was a public servant who used his position to conceal evidence and provided false statements. After endless judicial paperwork, on 4 September 2013, Mexico's Supreme Court of Justice took up the case.

On 25 March 2015, Mexico's Supreme Court issued a historic order in favour of the plaintiff. The order analyzed the proceedings undertaken by each public servant involved in the case, and revealed how the absence of a gender-sensitive approach had led to human rights violations of the victim—both Mariana Lima, the deceased, and her surviving mother. The court also issued legal protection for Irinea Buendía. Eventually, Julio César Hernández Ballinas was arrested, and the case set a precedence for femicide investigations. Today, as a human rights defender, Buendía supports other families in the country who have lost women to gender-related killings and helps them to access justice. 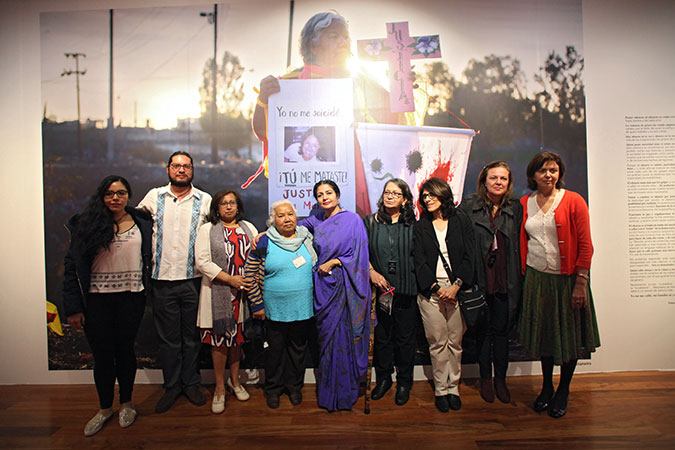 The advocacy and litigation efforts by the National Citizen Observatory on Femicide—an alliance of 49 human rights organizations from across Mexico—has increased accountability and access to justice in femicide cases across Mexico and Latin America. The Observatory, which received funding from the UN Trust Fund to End Violence against Women (managed by UN Women) from 2011-2015, continues to partner with UN Women in the country on this issue.

"We still have a long way to go before the authorities become completely involved in the issue of femicide, and take prompt action based on the Gender Alert to safeguard the lives of women", says María de la Luz Estrada, Executive Coordinator of the National Citizens' Observatory on Femicide. According to the Observatory, between January and June 2017, 800 women were murdered in 13 states across Mexico, out of which only 49 per cent of the deaths were investigated as femicide. 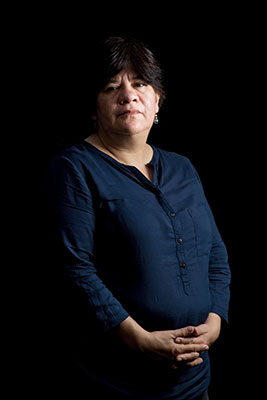 Keeping the issue of femicide under the limelight and making information available and accessible for women, is key for holding the authorities accountable and preventing violence against women and girls. Since 2011, UN Women, in partnership with key state institutions,has published periodic studies analysing the scope, trends, characteristics of femicide in the country.

“We must continue working on all fronts—NGOs, governments, civil society, the academia, and the society in general. By working together, all of us, women and men, can stop femicide of so many women in Mexico and the world” conclude Belén Sanz Luque, UN Women Representative in Mexico.

In 2017, the first-ever permanent exhibition on femicide in Mexico titled, "Feminicidio en México. ¡Ya basta!” (Femicide in Mexico. Enough is enough!) opened in the Museum of Memory and Tolerance, organized by UN Women, National Citizens' Observatory on Femicide, Católicas por el Derecho a Decidir (Catholics for the Right to Decide) and the Ford Foundation. It serves as a place of reflection, and a repository of information, so that younger generations can learn from the past and learn to reject violence against women and girls.

[1] For more information about the different definitions of feminicide / femicide, please refer to:http://www.ohchr.org/Documents/Issues/Women/WRGS/ProtocoloLatinoamericanoDeInvestigacion.pdf

[3] INMUJERES, UN Women and SEGOB La violencia feminicida en México, aproximaciones y tendencias 1985-2015. In edition. Data from 2016 are preliminary and are based on INEGI data.