This October, I received an unusual and very welcome present on the International Day of Rural Women: a declaration from 295 women of Yoni Chiefdom in the northern part of Sierra Leone. Entitled “Yoni Chiefdom Women Declaration on Bondo Bush Practice (Female Genital Mutilation)”. It set out the readiness from the Bondo society to end FGM in the Yoni Chiefdom, and to “see our girls go to school and become somebody in society”, concluding “We are ready to work hard to make our farming investments”. 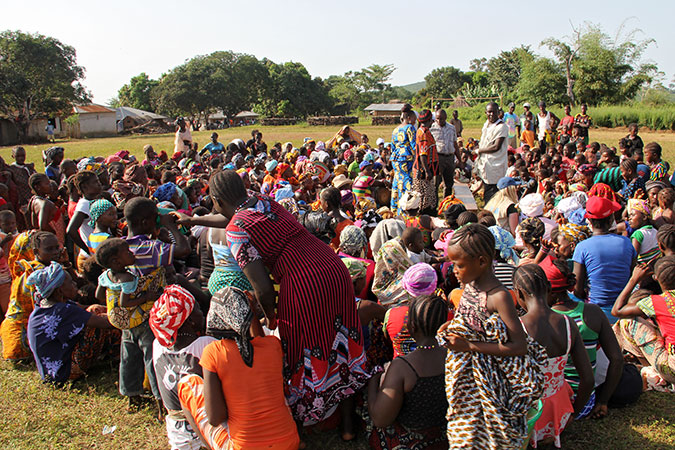 A whole village in Sierra Leone comes together to speak out against Female Genital Mutilation. Photo: UN Women/Cecil Nelson

Nine villages and their chiefs came together for this declaration, which neatly and impressively sums up many of the important aspects of this very prevalent and intimate form of violence against rural women. It includes the decision to end the practice by the community itself; the recognition of the importance of the successful growth and education of the young girls in their society; and the need for an alternative source of income for the traditional practitioners.

In Sierra Leone, our Country Office team is working with local and national partners to shift public opinion, engaging traditional and religious leaders, as well as parliamentarians and media partners, to convey the negative impacts of FGM and focus attention on constructive ways for women to earn enough to be able to send their children to school and to flourish. 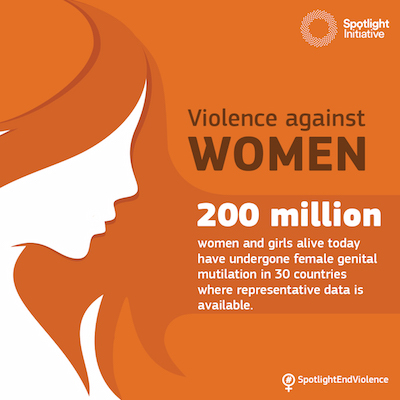 The existence of this practice globally, which some 200 million girls alive today have undergone, concentrates some of the most intractable problems we face in trying to change the future for the world’s girls. FGM causes lifelong damage that may also negatively impact child birth.

The high prevalence of obstetric problems and maternal death among the same communities that practice FGM and early marriage are no coincidence. The high rates of gender inequality, low educational attainment for girls, poor health, and generational, feminized grinding poverty in those same communities are no coincidence either. They are all linked, and they practically ensure that those girls have domestic responsibilities and academic deficiencies that condemn them to a future with very limited horizons.

This need not be so — and there are increasing numbers of communities now beginning to set aside these harmful practices. 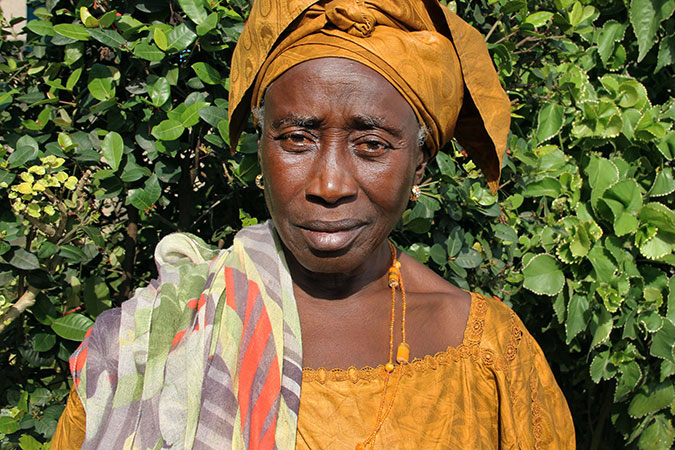 atmata B. Koroma is a Sowei leader and community chief from Tonkolili district, Sierra Leone, who used to perform FGM on girls as part of a rite-of-passage ceremony. But today, after learning about the harmful impacts including medical issues, and attending workshops organized by UN Women, she has changed her stance on FGM. Photo: UN Women/Cecil Nelson

In Sierra Leone, through our HeForShe movement, we have been able to engage traditional leaders (chiefs), religious leaders and parliamentarians, securing leadership at both national and local levels to protect the rights of women and girls.

We have also supported rural women with cash transfer programmes which have financed livelihoods through agricultural and poultry farming funded by the Multi-Partnership Trust Fund. These targeted and consistent interventions are paying off by transforming the lives of women and girls.

Rural women make up over a quarter of the world’s population and are the majority of the 43 per cent of women in the global agricultural labour force. Engaging rural women in developing and expanding agricultural cooperatives and initiatives can both unlock the economic potential of families and communities and support lives lived free from FGM and all forms of gender based violence.

Related News
17/06/2019
UN Women Executive Director calls for action to end female genital mutilation and child marriage in an event in Senegal
04/02/2019
Statement: Take action to eliminate female genital mutilation by 2030
19/03/2018
Remarks by Under-Secretary-General of the UN and Executive Director of UN Women, Phumzile Mlambo-Ngcuka, at the CSW62 side event Accelerating Efforts to Eliminate FGM and Child, Early and Forced Marriage by 2030
05/02/2016
Statement by UN Women Executive Director Phumzile Mlambo-Ngcuka for International Day of Zero Tolerance for Female Genital Mutilation
24/09/2015
“With just the press of a button you can depress a person” – Executive Director on cyber violence
END_OF_DOCUMENT_TOKEN_TO_BE_REPLACED