UN Women Executive Director Phumzile Mlambo-Ngcuka will visit Stockholm, Sweden from 5 – 6 March, ahead of International Women's Day, to discuss how to remove the persistent barriers to gender equality and ensure that women and men have the same power to shape their societies and their own lives, both at home and abroad.

The visit aims to keep building upon an already strong partnership with Sweden in combating gender-based violence and discrimination; promoting women’s participation and influence in decision-making at all levels, including in peace processes and negotiations; and to ensuring that appropriate human and financial resources are allocated to promote gender equality.

UN Women Executive Director will have bilateral meetings with Minister for Children, the Elderly and Gender Equality, Åsa Regner, State Secretary Ulrika Modéer and State Secretary for the Minister of Foreign Affairs, Annika Söder, to learn more about Sweden’s experiences as a feminist government.

During the visit, Ms. Mlambo-Ngcuka will also hold two public dialogues. The first, organized by UN Women National Committee Sweden, will focus on the 2030 Agenda for Sustainable Development and the 17 Sustainable Development Goals, specifically Goal 5 on women’s empowerment and the gender-related targets across all other goals.  The second event, organized by the Government of Sweden, will gather experts to discuss women’s economic empowerment in the changing world of work—the theme for this year’s International Women’s Day and the upcoming 61st session of the Commission on the Status of Women (CSW61)—and strategies for fulfilling the global goals of sustained, inclusive and equitable development.

Highlights of her visit 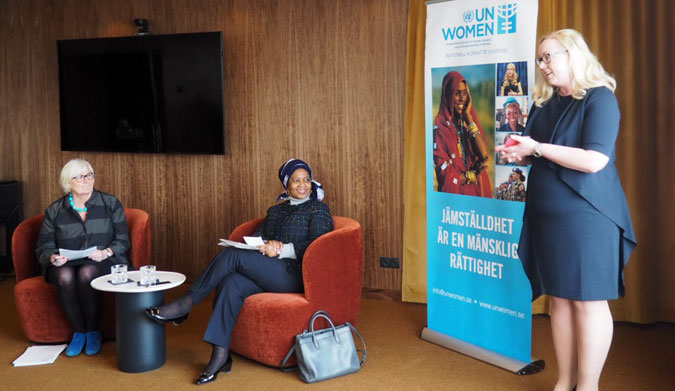 In her meetings with Ministers and civil society representatives in Sweden, Executive Director Phumzile Mlambo-Ngcuka highlighted that the year 2030 must be the expiry date for gender inequality. In her remarks, she stressed that the wage gap between men and women globally is one of the biggest obstacles in reaching human rights for all, calling it “the biggest robbery of our time”. Therefore, gender equality policies must prioritize women’s work and leadership. The Executive Director also stated that no law is stronger than the norm it lives in, therefore, it’s important to adopt preventive measures to combat inequality. 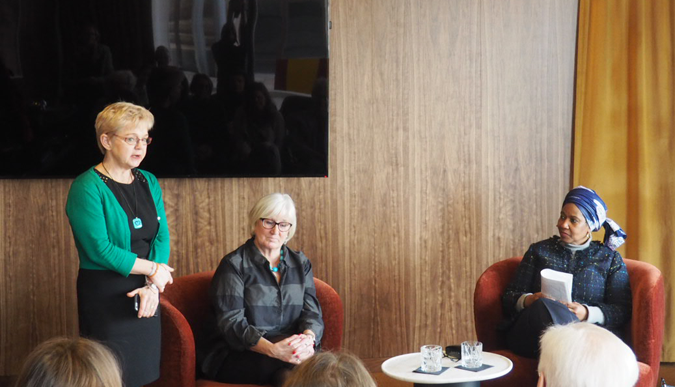 The Executive Director met with UN Women National Committee Sweden, Board members, civil society representatives, Members of Parliament and private sector representatives to brief them on progress made towards the gender equality and women’s empowerment agenda in time for International Women’s Day and the 61st session of the Commission on the Status of Women (CSW61). The Executive Director also congratulated Sweden and its civil society community on their exemplary leadership on the gender equality and women’s empowerment agenda and for showing how the SDGs can be fulfilled by working in partnership. 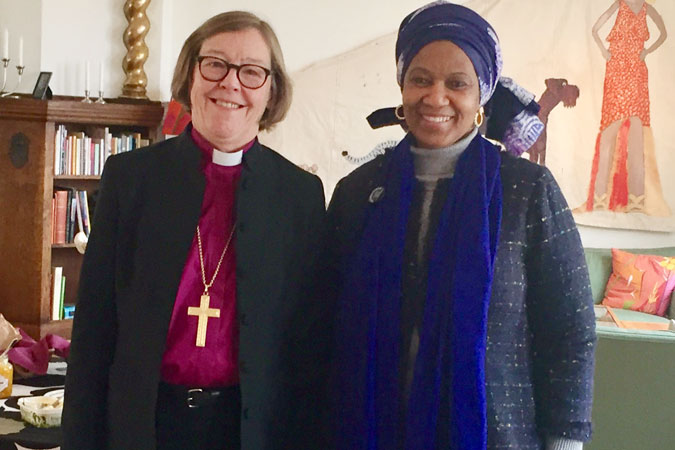 Ms. Mlambo-Ngcuka also met with the Bishop of Stockholm and discussed the importance of partnerships with faith-based organizations in achieving the SDGs. Particularly, faith-based organizations, such as churches, can play an important role in building bridges and reaching a wider constituency to fulfill the vision of gender equality and women’s empowerment, as envisioned by SDG 5.

Related News
12/06/2018
Joint Statement: Contribution will help us deliver better results for the communities we serve
19/06/2015
There is a unique role for countries who want to address women’s issues in the international area – Executive Director
19/06/2015
“We have identified men and boys as critical contributors to the struggle for gender equality” – Executive Director
18/06/2015
Sweden’s feminist Government launches HeForShe
23/09/2022
Speech: Taking stronger action to keep the promises of Generation Equality
END_OF_DOCUMENT_TOKEN_TO_BE_REPLACED