UN Women Deputy Executive Director Ms. Lakshmi Puri starts today a visit to China to participate in the "SHE·ERA: 2017 Global Conference on Women and Entrepreneurship", organized by the Alibaba Group in Hangzhou. From 10 – 11 July, the conference is convening women leaders in politics, business, fashion, and many other areas to share their experiences. This year’s conference will focus on the themes of “Altruism, Inclusiveness, Dreams,” and will highlight how women entrepreneurs can help achieve sustainable and inclusive growth and development.

Ms. Puri will provide a keynote speech, examining the existing barriers to women’s entrepreneurship and decent work, and how to overcome them. Experts around the world have shown how entrepreneurship fuels the creation of decent jobs and builds wealth. However, gender inequalities, such as women’s predominance in the informal economy, occupational segregation, gender pay gaps and lack of access to assets, constrain women-owned businesses from reaching their full potential.

The Deputy Executive Director will draw attention to the seven primary drivers of women’s economic empowerment identified by the final report of UN Secretary-General’s High-Level Panel on Women’s Economic Empowerment as a way to overcome these barriers. She will also present some other UN Women-led initiatives and programmes to foster progress in this area, such as the Global Innovation Coalition for Change—a platform to make the innovation market work better for women—to be launched later this year.

During the event, Ms. Puri will meet Ms. Bardish Chagger, Leader of the Government in the House of Commons in Canada and Minister of Small Business and Tourism.  Following the conference, she will hold a series of bilateral meetings in Beijing to strengthen collaboration with the government and civil society groups in the pursuit of gender equality and women’s empowerment. 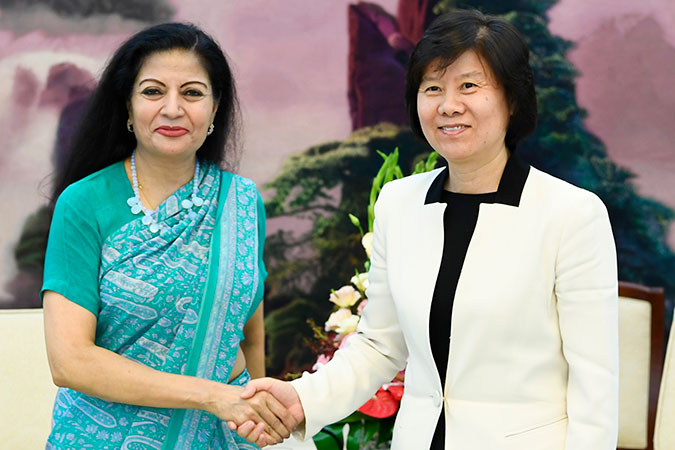 Lakshmi Puri, Deputy executive director of UN Women, met Shen Yueyue, president of the All-China Women's Federation (ACWF), on July 12 in Beijing. During the meeting, Ms Puri called on further deepening cooperation with the Chinese government and the ACWF to advance the gender equality agenda. 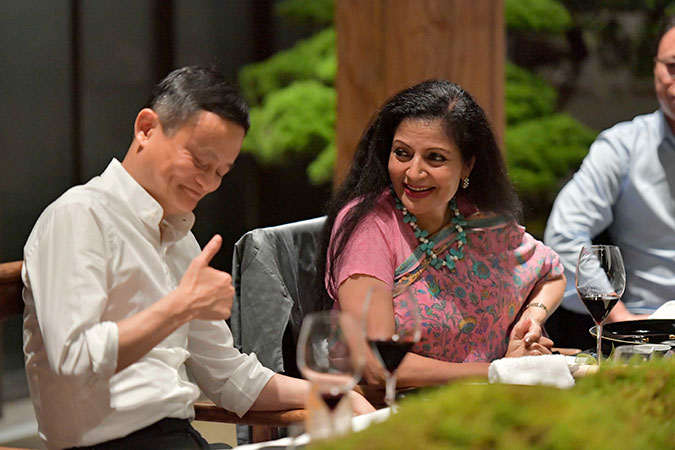 In her keynote speech, Ms. Puri said: “Women entrepreneurs can drive economic growth, but only if they are enabled to realize their rights and if we work in partnership with business, government and civil society to improve their opportunities and outcomes in global value chains”.