In the recently concluded national elections, Albania has reached a new milestone with 28 per cent of women parliamentarians. Women candidates benefited from the gender quota and public forums organized by UN Women and partners that enabled them to outreach to the public. Efforts continue to boost women’s political participation nationally and to secure gender balance in local elections. 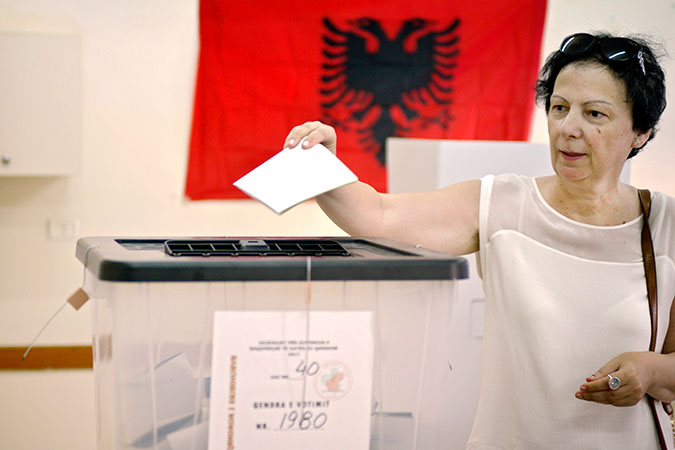 Albania has reached a new milestone with women’s representation in politics. Following the national elections held on 25 June, the Albanian Parliament will soon welcome a record number of women parliamentarians. The initial results indicate that women’s representation has reached 28 per cent—a marked improvement compared to 2013 elections, when around 18 per cent women were elected.

“I really hope that women parliamentarians jointly move forward with the work that they have built during these four years with the Alliance of Women Parliamentarians,” said Albana Vokshi, elected for the third consecutive time as a Member of Parliament from the Democratic Party. “I hope that they will be part of decision-making, fight for more policies for women’s economic and social empowerment, and not remain mere numbers in the new Parliament,” she added.

In 2008, Albania passed the law on Gender Equality, which among other measures, established a minimum 30 per cent quota for women and stipulated that one of the first three names on the political parties’ candidate lists must be that of a female candidate. UN Women provided technical support to the development of the law, and has been working with civil society, government and elected women at national and local levels, to boost women’s political participation and to advocate for gender balance in local elections.

“It is rewarding to see the significant increase in women’s representation within a relatively short period of time, this is the third national election since the introduction of the quota in 2008, when we had only 7 per cent women MPs” said Fiorela Shalsi, UN Women’s National Programme Manager in Albania. “We have worked very hard to be at this point, but have to work harder to support elected women to be successful political leaders and to ensure that we do not lose the hard-earned gains.” 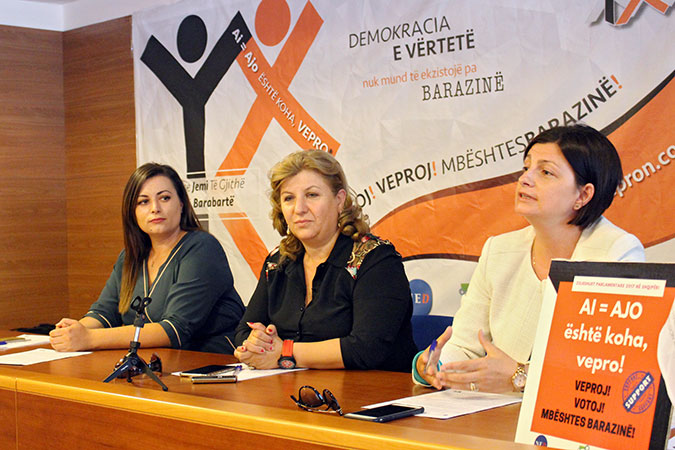 Around 52 women candidates from different political parties took part in a series of open public forums to promote equal participation of women and men in elections, organized by Equality in Decision Making, UN Women’s partner. The initiative was funded through the Government of Sweden and the National Endowment for Democracy, and covered all 12 regions of Albania, giving the opportunity to women candidates to introduce their agendas and engage voters.

Ermonela Felaj, Minister of State for Relations with Parliament, who has been serving as a parliamentarian since 2009, thinks that the application of the gender quota has opened up many opportunities for women and countered prejudicial attitudes. “People are [now] convinced that women politicians—whether they are parliamentarians, mayors or local councilors—are more stable, more responsible and more professional,” said Felaj. “Therefore, the supporters of the ‘pink quota’ (referring to gender quota) have increased, notably among men.” Felaj participated in the public forums and was elected as a MP for the third time this year, from the Socialist Party.

Women constitute approximately 50 per cent of the 2.88 million people in Albania, but majority of them (57 per cent) lack interest in politics, as revealed by a 2014 study supported by UN Women. Ahead of the 2017 elections, UN Women worked with national partners to improve the capacities and engagement of women, both as candidates and as voters. 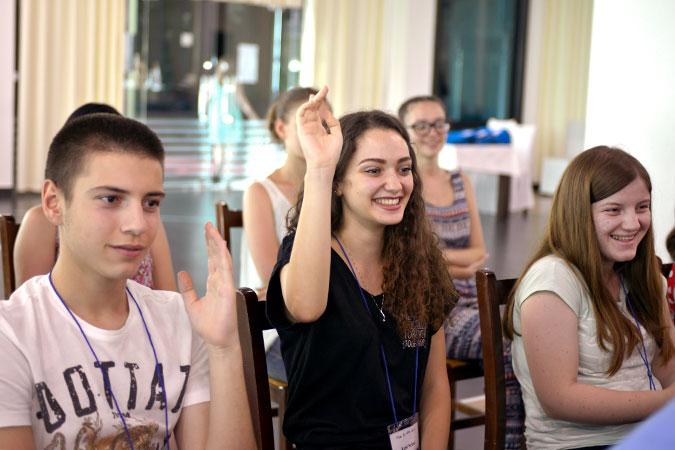 This year, with more than 13,500 young people becoming eligible to vote for the first time, UN Women ran a series of parliamentary debates for youth in the regions of Gjirokastra, Korca, Vlora, Shkodra, Durres and Tirana from April – June. The initiative, in partnership with the Central Election Commission and universities, informed youth about the issues of relevance for the national elections, the gender quota, and the importance of women and girls’ leadership in electoral processes.

Miljana Dajko, a university student said, “This debate introduced us to the problems that Albanian women face in politics. [Now] I understand better why there should be an increase of women's engagement in politics."

Thirty-six youth participants of the initiative were selected through debate competitions as “Gender Equality Advocates” to continue promoting gender equality and inclusive democracy among their peers and communities.

To improve data collection by civil society organizations, UN Women in Albania is also developing an Index of Perception on women’s political participation. The index will gather perceptions about women's role in elections, including their participation as voters, political candidates and, campaign managers.

Albania has come a long way in ten years, when the country had only nine women in the Parliament. With the new gains made in women’s representation this year, UN Women will continue to support the women’s caucus, which convenes women parliamentarians across party lines to work together on relevant issues.