Each year, 15 September is observed by the United Nations as the International Day of Democracy. The subject of this year's theme – Strengthening Voices for Democracy – aims to shine a spotlight on the importance of people's voices, both expressed directly and through their elected representatives, in today's political, economic, social, developmental, environmental and technological debates. The ability of people to raise their voices and decide how they are governed lies at the heart of democracy.

Women’s leadership and political participation is among UN Women’s seven key areas of work. Around the world, our programmes and activities include providing training for women political candidates to help build their capacities and offering voter and civic education on gender equality. We work with unions, women’s assemblies and support other decision-making bodies that enable women to raise their voices. We also back gender equality advocates in calling on political parties, governments and others to do their part in empowering women and support advocacy to make gender equality measures central to public policymaking. 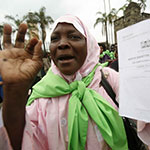 Our efforts in Africa include supporting women in Kenya to advocate for sweeping new political and economic rights in the 2010 Constitution, working with officials and parties to ensure nomination lists for the March 2013 elections included women, and training nearly 900 female candidates in all 47 counties. After Kenya’s national elections on 4 March, women were elected to one-fifth of seats, doubling their previous representation.

In Zimbabwe, women’s representation also more than doubled during the July 2013 general elections, reaching a historic 35 per cent, largely due to a special Constitutional measure. The quota is included in Zimbabwe’s new Constitution, which was approved by referendum in March and signed into law on 22 May 2013. It was widely celebrated after a decade-long struggle, which UN Women and UNDP supported through a constitutional lobby group. 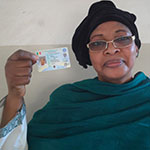 Ahead of the historic presidential elections in Mali in July 2013, UN Women supported the creation of a women's oversight platform for fair and violence-free elections, where women voters could exchange views and information. It was inspired by similar women’s “situation rooms” in Senegal and Sierra Leone. UN Women also supported a campaign highlighting women’s right to vote, which involved more than 5,000 women and young people in two regions of the country. 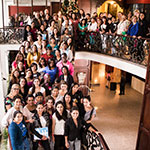 Our efforts in the Americas include training sessions to prepare young women in Latin America and the Caribbean to boost their leadership skills and political engagement. In November 2012, 80 young women from 25 countries across Latin America and the Caribbean attended a regional forum in Panama organized by UN Women, UNDP and UNFPA. It provided a space for discussion and exchange of ideas, where participants could make their voices heard among their peers and other organizations.

On the border regions of Brazil and Paraguay, UN Women has been supporting women leaders of the indigenous Guarani-Kaiowa and Ayoreo communities to organize themselves in dynamic women’s assemblies. The first-ever Aty Guasu Cuña, (great assembly of indigenous women) was held in April 2013, in the village of Bororo, in Dourados, Brazil, with over 500 participants. The indigenous women expressed themselves as a political force and made a series of demands from the public authorities. 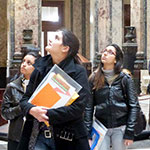 In Uruguay, where a 2009 law guarantees at least 30 per cent of candidates on electoral lists are women, UN Women, UNDP and UNFPA have been training a group of 25 young leaders from four political parties to prepare for national elections next year. The tutorials programme aims to extend participants’ formal and informal political networks, increase their self-confidence and debating skills, and enhance their understanding of the ground rules of politics, while deepening their interest in gender equality.

As part of efforts to promote more accessible services for women and girls, UN Women has supported a special category of the UN Public Service Awards on “Promoting Gender-Responsive Delivery of Public Services.” In June 2013, Morocco was prized for implementing a successful reform to address the weak representation of women in decision-making at local levels. More than 100 activities were undertaken, including trainings for women, visits from gender equality experts to guide local groups, and activities to strengthen women’s civil society groups – reaching more than 8,000 women from the Maghreb region, Mauritania and Morocco. 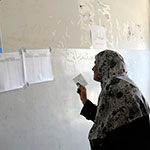 With some electoral gains in Iraq, UN Women is working with women candidates work towards change. Amid violence-fraught local and regional elections last April, in which 14 candidates were killed, 300 women contenders were trained by UN Women and the Iraq Foundation. Many emerged successful, thanks in part to a quota law to ensure at least one-quarter representation in Parliament. Women also made inroads on regional councils and are expected to hold 26 per cent of seats. 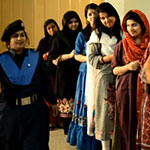 An historic 15 million women voted in Pakistan’s recent general elections in May 2013 – 40 per cent of all votes. They were counted for the first time thanks to efforts by the Election Commission of Pakistan and UN Women. They also ran a voter education campaign, with direct outreach through local civil society networks, reaching more than 1 million women. To encourage women to cast their ballots, UN Women also helped produce songs, TV commercials and dramas, estimated to have reached more than 25 million people.

As part of efforts to gather information and raise awareness, UN Women and the All-China Women’s Federation (ACWF) held a two-day workshop in Beijing in January 2013. The first “Asia-Pacific Workshop on Promoting and Monitoring Women’s Political Participation” gathered 70 governmental and non-governmental leaders in one of the regions with the lowest number of women in politics. They called for effective measures to increase the number of women in political decision-making at all levels. 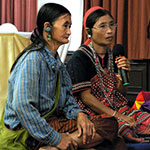 To overcome their invisibility and lack of public voice, in Southeast Asia, indigenous women from eight countries found common ground during a consultation on violence against indigenous women worsened or caused by economic development projects. Held in Chiang Mai, Thailand, it was organized by the Asia Indigenous Peoples' Pact (AIPP) and supported by UN Women under its Regional Programme on Improving Women's Human Rights in Southeast Asia. The meeting is part of work to connect indigenous women with each other and with experts, and provide them with the skills they need to define and respond to pressing issues. 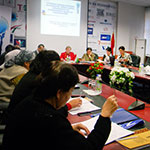 In Europe and Central Asia, UN Women has supported trade union’s women’s groups and NGOs in Azerbaijan, Russia and Kazakhstan to raise awareness of the rights of domestic workers and decent work in line with ILO Convention 189. They are now lobbying jointly for the adoption of the ILO Convention and integration of its standards into relevant national policies and legislation.