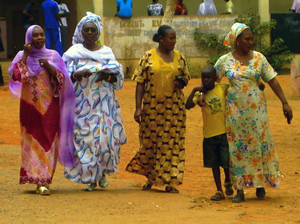 With 44.6 per cent of female parliamentarians, Senegal has come close to achieving parity in its National Assembly. 64 women now occupy a total of 150 seats, up from 33. Adopted on 28 May 2010, the law on parity has ensured a major step forward in female political participation in the country. The legislation aims to secure full equality in all elective and semi-elective bodies, and at all levels - whether national, regional or local. It does so by requiring that political parties submit an alternating list of men and women candidates, with a male-female ratio as close as possible to 50 per cent.

As early as 2008, UN Women supported the committee responsible for drafting the legislation, as well as the Senegalese Council of Women (COSEF in French), which brings together women from the country's various political parties

“This is the end of a long and hard fight, taken up over several generations. The road has been long, the fight must continue and there is no doubt in my mind that we will succeed, said Fatou Sarr Sow, gender expert and President of Senegal's Caucus of Female leaders, a women's organization set up to facilitate the adoption of the law.

Collaborating with COSEF and the Ministry of Women's Affairs, Children, and Female Entrepreneurship, UN Women helped implement the legislation by launching a large-scale public awareness campaign on 30 May 2012. It also organized training for about 300 women on the electoral lists. The women in turn participated in the public awareness campaign run in fourteen regions in Senegal. 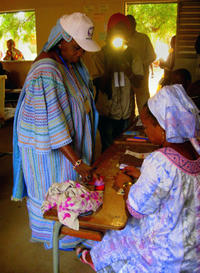 “It's a good idea to bolster female capacity-building before they go out in the field, and before they start the election campaign, explains Coura Ndiaye, a leading candidate for a political party in the Department of Thiès, who herself took training on the electoral process and campaign techniques. “Women must be better equipped in order to acquire the skills to be able to represent their peers in the National Assembly.

In March when the presidential elections were held, UN Women also supported the launching of a Women's Platform for Peaceful Elections, to help the voting process take place in a peaceful and transparent manner. Founded by women's organizations as a mechanism for conflict prevention and mediation, the Platform has enabled female leaders to join and organize observer missions during the electoral process, using a gender-based approach.