From where I stand: “They said that a woman couldn’t run for elections…I proved them wrong”

Coumba Diaw is the only female Mayor in the Louga region of Senegal. She grew up listening to a rhetoric that restricted women from participating in politics and public life. But that didn’t stop her. Today she makes other elected officials aware of the importance of women’s leadership. 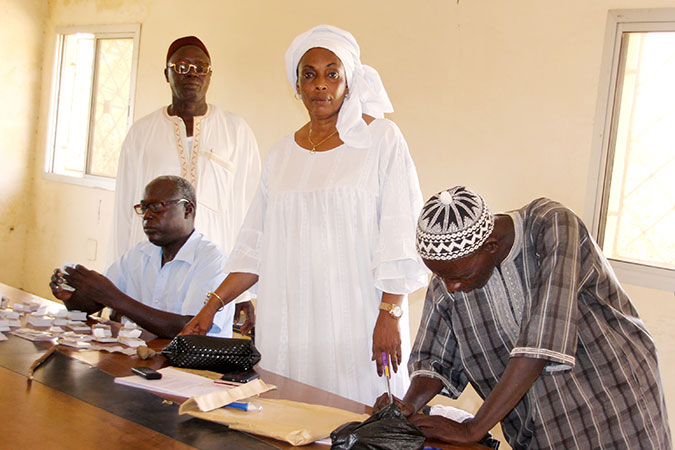 I have proved them all wrong.

I was born into a conservative family. Nothing [in my background] predestined me to take up politics. At the age of 14, I was forced to leave school to get married. For almost 30 years, I was a housewife, as was expected of me. But, I believed that I could change my destiny. I was inspired by the women in my country who had pioneered new careers—for example, Leyti Ndiaye who served as the mayor of Linguère and Aminata Mbengue Ndiaye, who was the Minister of Woman, Child and Family from 1994 to 2000. I joined politics in 1998.

In my first job as a health worker, I had educated women on issues of hygiene and reproductive health. I had also worked on various projects to create income-generating activities for rural women. I was close to the communities and made them aware of the importance of women's participation in public and political life. Thus, I gained the confidence of the people who voted for me as Mayor of Sagatta Djoloff.

As a woman Mayor, I know that I must inspire other women. I also know that I must not disappoint the hopes placed in me. One of my first actions was to install drinking water taps in 33 out of 43 villages of the Sagatta Djoloff community. This freed up women’s time that used to be spent fetching and collecting water from distant sources. I also set up a weekly market for women to increase their income.

The trainings on gender equality that I received from UN Women enabled me to trust my own capabilities and to fulfil my responsibilities. Recently, I finished a training on women’s leadership and local governance. I will deliver the training to all the elected officials in my area so that they too see the value of women’s participation in public life and promote their leadership within institutions.”

Coumba Diaw, 48, overcame many cultural barriers to join politics. She is now the only female Mayor of the Sagatta Djoloff community in the region of Louga, Senegal, which is made up of 54 other municipalities, all headed by men. Diaw is a mother of six—four girls and two boys aged 14 to 30 years. Her story shows the immense leadership potential that women have and relates to the Sustainable Development Goals, specifically SDG 5, which calls for women’s leadership and participation at all levels of decision-making, including in politics.