Women Working Together for the Africa We Want: African Women Leaders Network convene for a second forum

The launch of the African Women Leaders Network on 2 June 2017 at UN Headquarters in New York. Photo: UN Women/Ryan Brown

UN Women Executive Director, Phumzile Mlambo-Ngcuka, arrived today in Addis Ababa, Ethiopia to take part in the Second Forum of the African Women Leaders Network hosted by the African Union, in partnership with the United Nations and with the support of the Government of the Federal Republic of Germany.

The “Second Women Leaders Forum for Africa’s Transformation” of the African Women Leaders Network (AWLN) will run from 24 to 26 April at the African Union (AU) Headquarters in Addis Ababa, under the theme, “Women Working Together for the Africa We Want: From Commitment to Action”.

Following its first launch at the High-Level Women Leaders Forum for Africa’s Transformation in New York in June 2017, the AWLN is an action-oriented initiative that seeks to enhance the leadership of African women in bringing transformative changes focusing on peace, security and development in the continent. The Network further aims to harness the wealth of African women’s experiences of leadership, build on other existing and emerging networks of women leaders, as well as develop new partnerships to strengthen the capacity of women, in line with the 2030 Agenda for Sustainable Development and the AU Agenda 2063, a visionary framework for the socio-economic transformation of Africa.

The African Women Leaders Network has articulated its aspirations and visions through High-Level Solidarity Missions to Conflict Affected Countries in Nigeria and in the Democratic Republic of Congo (DR Congo); the launch of a Group of Friends of the Network to the UN, the creation of National Chapters in DR Congo and Cote d’Ivoire, the initiation of an African Women Leadership Fund and the establishment of the Interim Steering Committee at the AU HQ in December 2017.

The Second Forum will seek to establish and operationalize the Network, and will mobilize more than 120 women leaders from various sectors across Africa, including the founding members of the Network. The Network will endeavor to develop the 2018-2020 Plan of Action, establish its governance structure and operationalization mechanisms and take actions to ensure more visible and sustainable leadership by women across all sectors of the society.

As an open-ended platform and space for women leaders in Africa, the AWLN will create opportunities for gender equality and women’s empowerment through global strategic agenda such as Planet 50/50 by 2030, AU Agenda 2063, Sustainable Development Goals and the G7 Forum for Dialogue with Women.

Highlights of the coverage 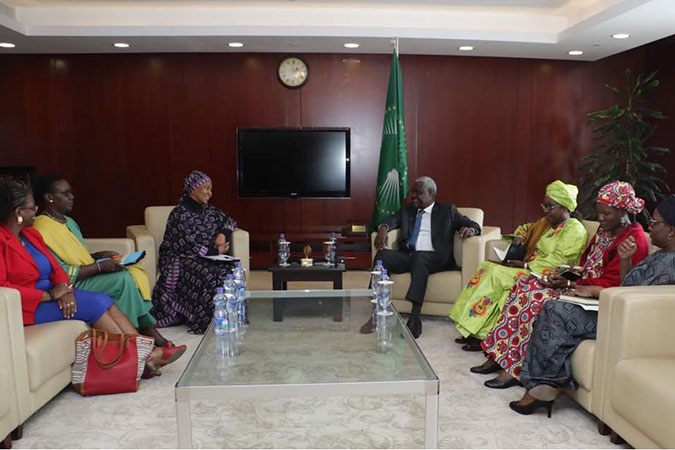 After the opening ceremony of the second Forum of the African Women Leaders Network, UN Women Executive Director, Phumzile Mlambo-Ngcuka, met the Chairperson of African Union, Moussa Faki Mahamat, to reiterate the commitment of UN Women to work closely with the AU to advance the Gender agenda in Africa and to ensure that African Women Leaders play a decisive in the transformation of Africa. The Executive Director acknowledged the efforts that African governments and the African Union are making towards ending child marriage and FGM in the continent by 2030. She also requested the Chairperson for his support towards a strong and well-resourced gender directorate that can deliver on the upcoming Gender Strategy by monitoring Member States’ progress on gender equality and women's empowerment commitments. 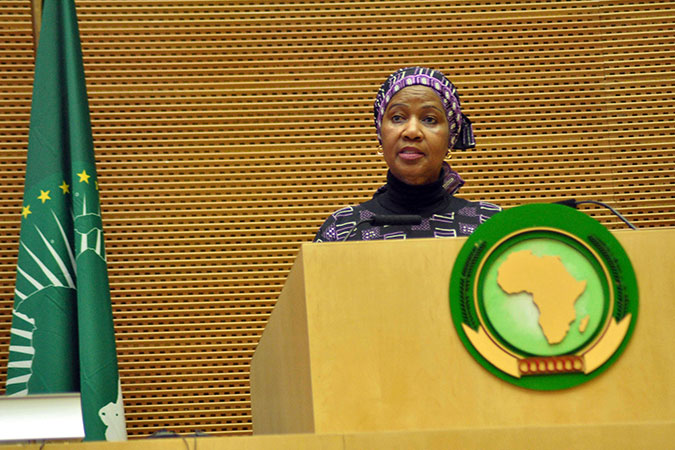 UN Women Executive Director Phumzile Mlambo-Ngcuka gave a speech during the opening the ceremony of the second Forum of the African Women Leaders Network. “The network has the vital mission to have African women take their rightful place in Africa and the world," she said. "We are committed to hold our leaders accountable, and to be accountable to the women and girls of Africa. We are not outsourcing our responsibility, we are part and parcel of the work that needs to be done”. 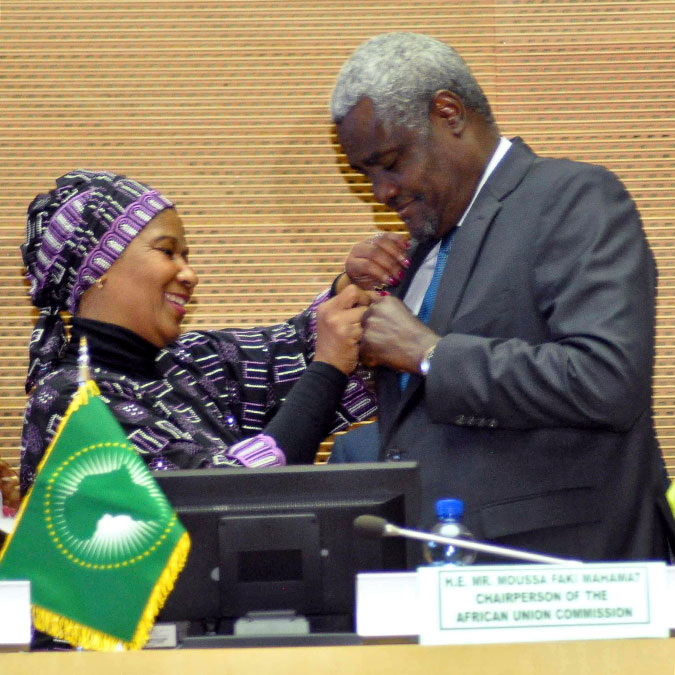