"It was a life-time experience to cast my vote for the first time. It renewed my hopes for the nation," said Saadia, a first-time female voter from the Khyber Pakhtunkhwa province in north-west Pakistan.

Saadia is one of the 15 million women who ventured to the polls during Pakistan’s general elections on 11 May 2013. 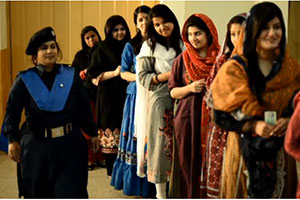 A screenshot from a 2-minute motivational video "Tum Pakistan Ki Beti Ho" (“You are the daughter of Pakistan-get up”) created by the Election Commission of Pakistan with UN Women's support
With an overall national voter turnout of 55 per cent, the results were a marked improvement over the country’s historically low turnout, which barely crosses 44 per cent. The voter turnout for women was an unprecedented 40 per cent of all votes. The female turnout is considered remarkable, although there are no comparative figures for previous elections.

This election also saw other firsts. The number of women voters at every level was counted for the first time, due to efforts by the Election Commission of Pakistan with the support of UN Women. As part of a broader series of efforts in Pakistan to increase female voter registration and encourage women to cast their ballot, the Commission worked to collect gender-disaggregated data for votes cast.

As of August 2012, approximately 92 million Computerized National Identity Cards (CNICs) were issued in Pakistan, of which 40 million went to women and 52 million to men. According to the National Database and Registration Authority, which has been receiving technical assistance from UN Women since 2011, over 86 per cent of the country’s female population has registered for the ID Cards, compared to less than 50 per cent just four years ago.

Once they have their ID card, Pakistanis are required to register as voters.

To fill the gaps of the more than 11 million women who are currently not registered, the Election Commission of Pakistan and UN Women led a public awareness campaign coupled with direct outreach to women through local civil society networks. Seminars and community fairs were held in all district election commission offices as well as in colleges and universities to target youth and mobilize young women to register as voters.

But once registered, barriers remain.

“Cast my vote? I wish I could. My husband will never allow me,” said Naziran Bibi, a participant of community awareness-raising sessions held in the months leading up to the elections in Mianwali, a remote district in southern Punjab which has historically witnessed low female voter turnout. Traditionally, the men there sign an agreement not to let the women vote. Such concerns were voiced in the more than 20 districts across the country where UN Women partners organized sessions from March to May 2013.

UN Women also supported civil society organizations in every province, to conduct voter education with a specific focus on women, marginalized groups, minorities and people with disabilities. More than 1 million women were reached directly through this campaign, including minorities and first-time voters.

Another 25 million women were reached indirectly through a mass media campaign supported both financially and technically by UN Women. It included the development of songs, dramas and advertisements urging women voters to take part in the general elections.

“The country needs this vote, which is your right. You’re entrusted by the country that has nurtured you,” go the lyrics of one of two songs that aired on Pakistani radio and TV channels a month before the elections.

The two motivational songs aired on 15 radio channels at least three or four times a day, with more than 520 spots over the five-week campaign. They highlighted the critical importance of women’s role in electing public representatives for the lower house of Parliament. They were complemented by radio dramas and programmes to educate the public about electoral processes and women’s role. 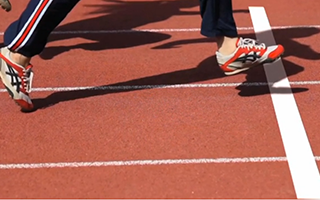 A screenshot from the 1-minute video "Is Vote Ki Mulk Ko Zrorat Hai" ("This vote is needed by the country – it is your right") created by the Election Commission of Pakistan with UN Women's support
In addition, a video version of the song was aired as a television commercial, with 275 spots on more than 15 channels. The one-minute video evoked the message of “one line, one destiny,” resonating with the ink line marked on the finger after casting a vote.

In the words of one civil society partner, “when we played this in the community we could see tears coming into women’s eyes and this in itself gave us goose-bumps.”

All told, the combination of song, TV commercial, radio and TV dramas are estimated to have reached more than 25 million people.

“While the impact of civic voter education is hard to quantify, it can partially account for the historic turnout, despite astounding threats of electoral violence,” says Sangeeta Thapa, Deputy Representative of UN Women Pakistan. “The elections of 2013 were unprecedented; women stepped out as voters and as candidates and made their presence felt. We hope to continue working with these brave women and support them to have greater participation in electoral processes.”