From where I stand: “A big part of being a feminist is to make sure that young women know that they have rights”

Sophia Pierre-Antoine lived through many coup d'état in Haiti and watched the rising violence against women and girls all around her. Her feminism led her on a path to work with young girls to break the cycle of violence. 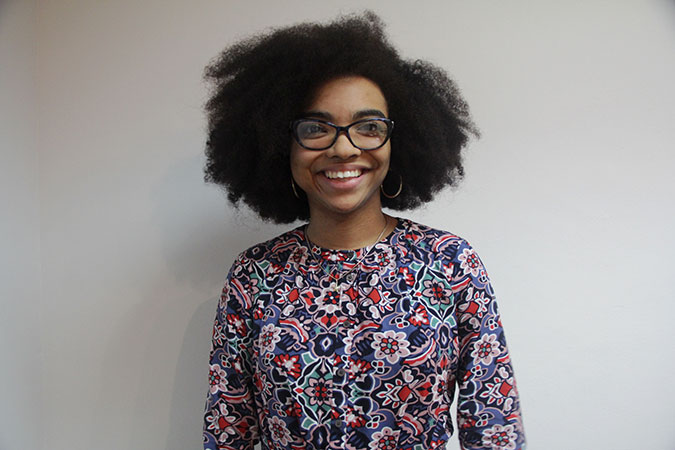 I have been a feminist for as long as I can remember. I was born in 1991, the year when the Haitian coup d'état took place. Since then, we have had more political upheavals.

Haiti’s political instability, along with poverty and lack of opportunities, has made our lives even harder. It has also led to a rise in violence against women. In the last coup d’état of 2004, for example, a lot of women I knew were kidnapped and murdered.

Haitian feminists are quite vocal about controversial issues, such as abortion, LGBTQI rights, and as a result, [we] are targeted [with violence] more. It’s a very patriarchal society, and just talking about the rights of women, or talking about something as simple as menstruation, is considered a taboo.

At the Youth Centre, I work with girls aged 6 – 18 years, coming from marginalized groups and difficult situations. We provide them one hot meal from Monday to Saturday, and sometimes, that’s the only meal they get in the day.

We hold workshops and talk about gender-based violence, sexual and reproductive rights, financial literacy and self-esteem. Many of the girls who come to the centre are survivors and need psychosocial support. There’s a lot of unlearning to be done—sometimes, a girl would come to the centre and tell me that she was raped by her father. But she had also seen her mother and her sister being abused, and she thinks it’s normal or expected.

I think that a big part of being a feminist is to make sure that young women know that they have rights and that they have bodily autonomy; that they can say no…And, there must be resources to help them heal."

Sophia Pierre-Antoine, 25 years old, is the Programme Coordinator of the Young Women's Christian Association (YWCA) in Haiti. A self-proclaimed feminist, she works with young girls, coming from Haiti’s biggest slums and disadvantaged areas, to teach them about their rights and bodily autonomy. She recently participated in the first regional consultation for Youth, Peace and Security in Panama City, organized by UN Women, UNFPA, UNDP, UNESCO, UNHCR, UN Peace Builders, the Organization of American States and the Ibero American Youth Organization, in Panama City. The event brought together 63 youth leaders from the region to discuss issues that impact youth and advance their role in building a peaceful world. Pierre-Antoine’s work contributes towards Sustainable Development Goal 5, which promotes gender equality and empowerment of all women and aims to eliminate all forms of discrimination and violence against women and girls, as well as SDG 16, which promotes peaceful and inclusive societies for sustainable development.

Related News
08/08/2018
From where I stand: “When we sing, we feel free”
29/05/2012
Q&A with peacekeeper Sahely Ferdous, Superintendent in the Bangladesh Formed Police Unit, Haiti
15/11/2021
From where I stand: “Our territories are our futures.”
21/10/2021
Statement by Celia Umenza Velasco at the UN Security Council Open Debate on Women, Peace and Security
21/10/2021
I am Generation Equality: Caryn Dasah, peacebuilder
END_OF_DOCUMENT_TOKEN_TO_BE_REPLACED