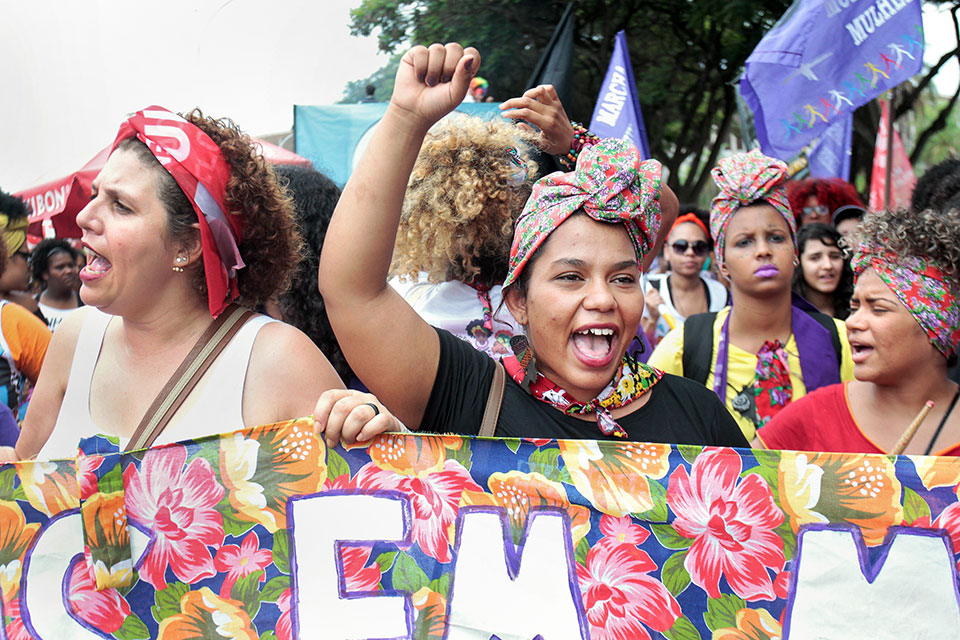 This year, International Women’s Day comes on the heels of unprecedented global movement for women’s rights, equality and justice. Sexual harassment, violence and discrimination against women has captured headlines and public discourse, propelled by a rising determination for change.

People around the world are mobilizing for a future that is more equal. This has taken the form of global marches and campaigns, including #MeToo in the United States of America and its counterparts in other countries, protesting against sexual harassment and violence, such as #YoTambien in Mexico, Spain, South America and beyond, #QuellaVoltaChe in Italy, #BalanceTonPorc in France and #Ana_kaman in the Arab States; “Ni Una Menos” (‘not one less’), a campaign against femicide that originated in Argentina; and many others, on issues ranging from equal pay to women’s political representation.

International Women’s Day 2018 is an opportunity to transform this momentum into action, to empower women in all settings, rural and urban, and celebrate the activists who are working relentlessly to claim women’s rights and realize their full potential.

Echoing the priority theme of the upcoming 62nd session of the UN Commission on the Status of Women, International Women’s Day will also draw attention to the rights and activism of rural women, who make up over a quarter of the world population and majority of the 43 per cent of women in the global agricultural labour force.

They till the lands and plant seeds to feed nations, ensure food security for their communities and build climate resilience. Yet, on almost every measure of development, because of deep seated gender inequalities and discrimination, rural women fare worse than rural men or urban women. For instance, less than 20 per cent of landholders worldwide are women, and while the global pay gap between men and women stand at 23 per cent, in rural areas, it can be as high as 40 per cent. They lack infrastructure and services, decent work and social protection, and are left more vulnerable to the effects of climate change.

Making the promise of the Sustainable Development Goals a reality, to leave no one behind, needs urgent action in rural areas to ensure an adequate standard of living, a life free of violence and harmful practices for rural women, as well as their access to land and productive assets, food security and nutrition, decent work, education and health, including their sexual and reproductive health and rights.

Rural women and their organizations represent an enormous potential, and they are on the move to claim their rights and improve their livelihoods and wellbeing. They are using innovative agricultural methods, setting up successful businesses and acquiring new skills, pursuing their legal entitlements and running for office. Recently, as hundreds of courageous women from the film, theatre and art industry in the USA started speaking against sexual harassment and assault by powerful men in the industry, they found a powerful ally in Alianza Nacional de Campesinas, the national farmworker women’s organization, no stranger to the abuse of power.

On 8 March, join activists around the world and UN Women to seize the moment, celebrate, take action and transform women’s lives everywhere. The time is NOW.

Related News
12/08/2022
In Colombia, UN Women Executive Director galvanizes action for women’s leadership and gender equality
08/06/2022
A comprehensive approach to ending violence against women in rural spaces in India
09/08/2021
I am Generation Equality: Immaculate Akello, climate change activist and lawyer standing up for rural women
21/01/2019
In the words of Mereng Bessela: “I am a fighter and I do everything I need to”
11/10/2018
We are equal, we are important, say nofotane women of Samoa
END_OF_DOCUMENT_TOKEN_TO_BE_REPLACED