For Ina Grădinaru, a psychologist with a women’s centre in Moldova, her work with survivors of violence is much more than a job, it’s a social responsibility and her life mission. For the #HearMeToo campaign, she talks about her work, the persisting challenges and myths that must be broken to end the violence. 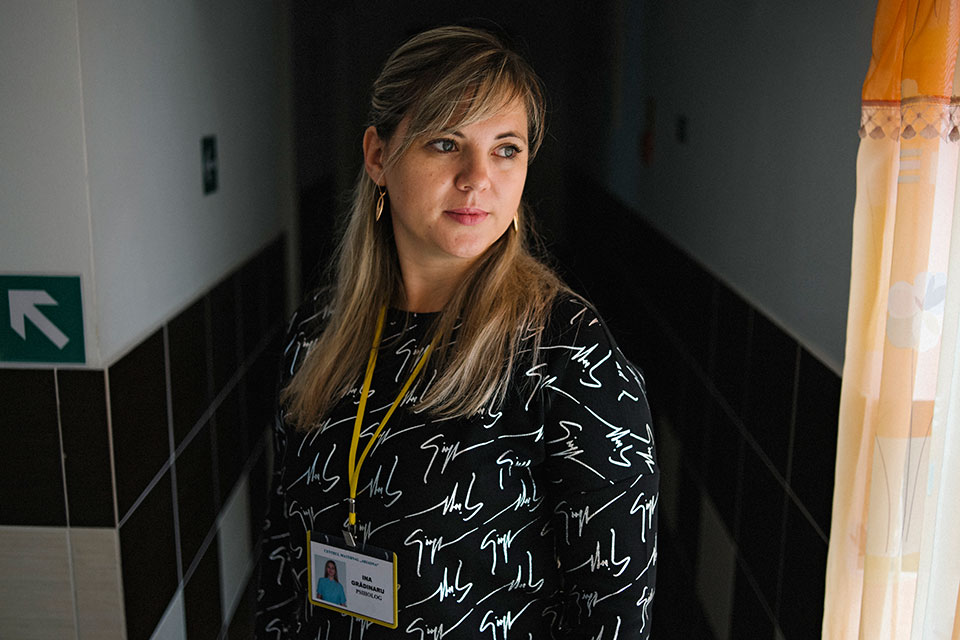 I have been working with women survivors of violence for 12 years, and every day I learn something new from the women. They are the ones who motivate me.

I am the first person that the women talk to when they come to the Centre. I have learned that the attitude you have and show when you first meet a survivor is very important. Before anything else happens, a victim of domestic violence needs to be believed. If you think that she is lying and give that impression, she will not communicate openly.

My job as a psychologist is not to solve their problems, but to guide them towards the finding their own solutions.

Among many women there’s a persisting myth that violence is a private matter. We must fight this perception that what happens in the family remains in the family. This is the reason why women continue to accept and bear this violence.

Another myth that I must constantly challenge is that violence means only physical wounds and bruises; many women don’t realize verbal, psychological or economic violence counts as violence against women and as a result, they perceive this as normal.

Women need to understand that violence is not a norm, but a crime that is punishable by law. And the men in Moldova must understand that family conflicts can be solved through effective communication. Anyone—a woman or a man—has the right to express their opinion. A strong man is not the man who strikes with his fist, but who respects the equality of both partners.”

Ina Grădinaru is a psychologist and Deputy Director of the Ariadna Centre, an assistance and counseling centre for women survivors of violence in the city of Drochia, 167 kilometers north of the capital of Moldova. UN Women, with funding from the Government of Sweden, supports the centre as part of a programme to improve essential services for women survivors of violence. Ms. Grădinaru has faced threats of violence herself, because of her work, but that hasn’t stopped her from continuing her work with survivors. Her story is related to the Sustainable Development Goal 5 on gender equality, which targets ending violence against women and girls.