Green, open spaces where everyone can convene, relax and take a break may be taken for granted in some parts of the world. For women and girls in Al-Shoka, a conflict affected neighbourhood in Gaza, this was a distant dream, until now. It took three female architects and a group of young people to rebuild the only public garden in Al-Shoka, since it was destroyed during the 2014 conflict. The architects sought feedback from the community to design the inclusive space, and for the first time, women and youth feel safe and excited about using the public garden. 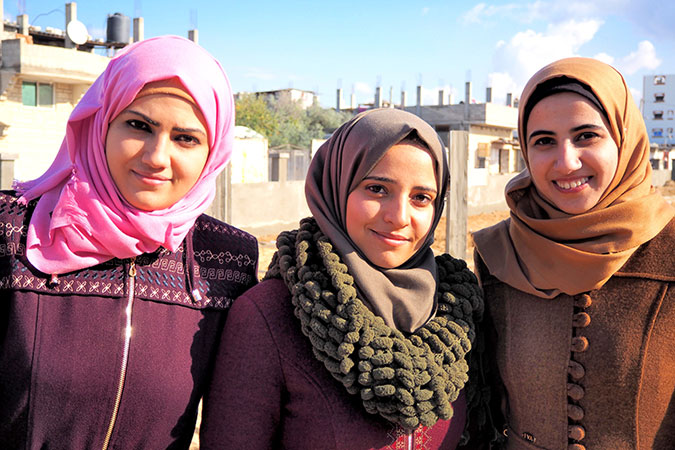 From left: Samah Al-Nahal, Dalia Osama and Nihal Zourob are three female architects who completed the blueprint of the public garden in Al-Shoka neighborhood in collaboration with the community members. Photo: UN Women/Eunjin Jeong

Dalia Osama, a young architect from Rafah, a city South of Gaza bordering Egypt, didn’t know where her degree in architecture and interest in gender issues would take her until she saw an advertisement seeking female architects to design a public park in Al-Shoka, a small and marginalized neighbourhood in Rafah. Osama applied immediately and a few weeks later, she had her dream job.

“I was very happy to be part of the project to bring back the garden in Al-Shoka,” said Osama. The garden was the only green area in the neighbourhood before the 2014 conflict destroyed it. What excites her more, however, is that the new garden will become a place where everyone in the neighbourhood— including women and girls—can use without the fear of harassment.

"Everyone needs a green area where they can relax and enjoy, but before, the garden was always occupied by men and women were afraid to go there because they didn't feel safe," explained Osama. 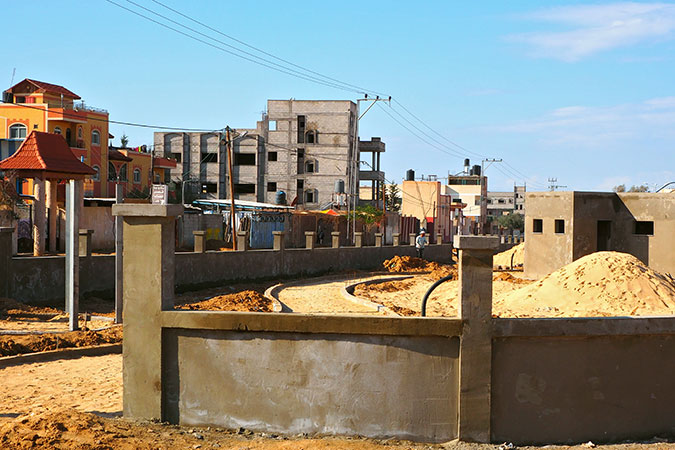 The 2,600 square-meter garden will be open to public by the end of March 2018, benefiting the entire Al-Shoka population of 10,500. Photo: UN Women/Eunjin Jeong

Since July 2017, Osama, along with two other female architects, Samah Al-Nahal and Nihal Zourob, has been working to redesign and restore the garden in Al-Shoka as part of a joint programme of UN Women and UN Habitat, funded by the Government of the Kingdom of Belgium. The programme is also targeting two other neighbourhoods in Gaza, Beit Lahia and Wadi as Salqa, also marginalized and affected by the protracted conflict between Israel and Palestine. All three neighbourhoods are expecting to open their public gardens this year, designed by female architects and with inputs from the community members. 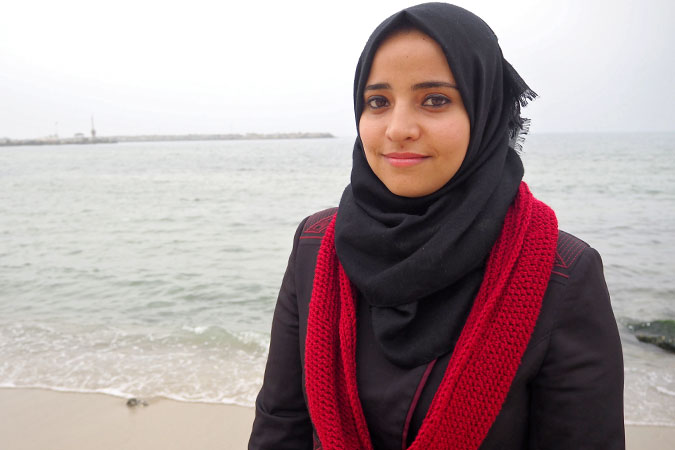 Meet Dalia Osama, 26, one of three female architects at Al-Shoka neighbourhood in Rafah City, Gaza Strip, selected to redesign and restore the public garden in Al-Shoka.

“When the conflict in Gaza broke in 2014, I was preparing for my graduation project. The project was to design a public space where people with disabilities could feel comfortable and empowered. For two weeks, my neighbourhood in Rafah was bombed. After the bombing stopped, my classmates and I resumed working on our project—and we managed to finish and graduate!” Read the full story, in Osama's own words»

After three weeks of training on gender equality, digital tools and civic engagement, the architects worked together to create a blueprint of the public garden in collaboration with the local community. In Al-Shoka, this included 30 young people, male and female, who were trained to use the video game Minecraft to design a public space that met the needs of their community.

“The architects used our Minecraft designs to finalize the blueprint and also asked for our opinions on the various aspects of the garden design, including the colour and the facilities,” said Yasmeen Abdel-a’al, a 22-year-old woman who participated in the project. “Once the garden is ready, we will support the maintenance of the garden as well,” she added. Today, the young and old alike in Al-Shoka take pride and feel ownership towards the public garden that they helped rebuild.

According to Gateway, a social enterprise based in Gaza, which provided training to the community on digital technology as a tool for civic engagement, more than half of the 30 youth participants were girls and young women aged 20 to 27.

“Women and girls from all three neighbourhoods voted for proper lighting, fences, grass and tree area, and separate spaces for women and family,” said Mariam Abu-atta, a project officer at Aisha Association for Woman and Child Protection, an implementing partner of the joint programme. According to Abu-atta, the public gardens are up to international standards and will have features that were identified by men, women, girls, and boys alike from the neighbourhoods.

“The public garden is a proud result of an innovative approach utilizing digital technology and civic engagement to advance the participation of women and youth in the recovery efforts in Gaza,” said Heba Zayyan, who heads UN Women office in Gaza. “Now that everyone rebuilt it together, it’s not a men’s garden anymore but a garden for all.” 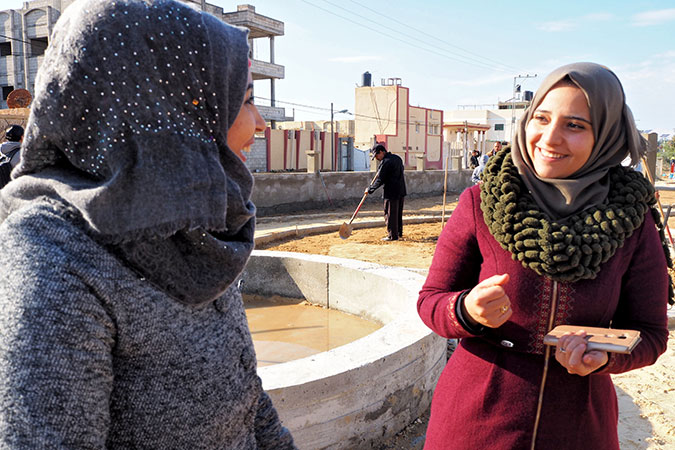 Youth played an important role in the restoration of the public garden by having their voices heard through minecraft designs and direct communication with the architects . Photo: UN Women/Eunjin Jeong

The 2,600 square-meter garden in Al-Shoka will open to the public at the end of March 2018. The Al-Shokans are eagerly waiting for the day when they can stroll into the public garden, one that they helped build themselves, where at last, everyone can enjoy some fresh air and feel safe and welcomed.

Related News
02/03/2018
From where I stand: “I learned to see beyond a physical space – and see what people needed”
14/11/2017
Standing up for survivors in the Shari’a court every day: Ayah al-Wakil is determined to leave no woman behind
07/10/2021
From where I stand: “I want to leave a significant imprint in the society”
09/08/2021
I am Generation Equality: Immaculate Akello, climate change activist and lawyer standing up for rural women
28/06/2021
Winners of the comic and cartoon competition, “Generation Equality: Picture It!”
END_OF_DOCUMENT_TOKEN_TO_BE_REPLACED