Coverage: System-wide Strategy on Gender Parity: How to walk the talk?

At a side event during the 62nd session of the Commission on the Status of Women, senior UN officials, along with Member States and civil society partners, discussed the latest measures to reach gender parity within the UN System.

Eighteen years past the original target date, the goal of gender parity in the UN has yet to be realized, with men dominating higher level appointments. Peacekeeping, which is the most visible face of the UN, has only 3 per cent of female peacekeepers and 10 per cent of female police.

Secretary-General António Guterres launched the System-wide Strategy on Gender Parity in September 2017, with the goal of reaching parity across the board by 2028. The strategy provides recommended actions and targets for senior appointments, for significantly increasing the number of women peacekeepers and police, and for building an enabling environment through measures such as family-friendly policies, flexible working arrangements, as well as standards of conduct. It also provides for shadow reporting by civil society organizations, with support from UN Women. 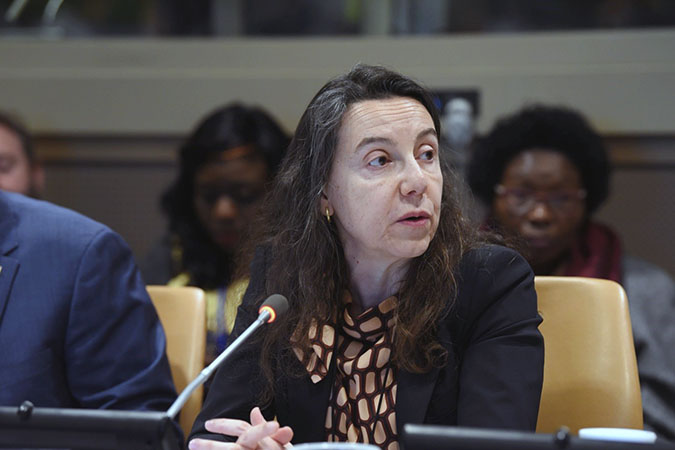 This is not the first time that the UN has tried to reach gender parity. But what’s different now, said Ana Maria Menendez, Senior Policy Adviser to the Secretary-General, “this time we have a roadmap, we have recommendations, we have targets. We have a monitoring mechanism and there will be accountability for managers if they do not reach the targets that they set. The first deadline will be 2021 for senior management.”

This time we have a road map. We really mean it. -- Ana María Menéndez, USG Senior Adviser on Policy, at #CSW62 event on walking the talk to achieve gender parity within the @UN system. pic.twitter.com/SQN14BVRvp

By the year 2028, the strategy expects all UN agencies to establish gender parity at every level of appointments, in the Headquarters and in countries.

Secretary-General Antonio Guterres, a self-proclaimed feminist, has proven that leadership and political will can accelerate progress in this area. For the first time in the history of the United Nations, gender parity was reached at the most senior management level last month, with 23 women against 21 men. The next targets for parity are set for female Resident Coordinators—the highest UN officials and the chiefs of UN diplomatic missions in countries—and Special Representatives and Envoys.

Emphasizing on the importance of leadership, UN Women Executive Director Phumzile Mlambo-Ngcuka said, “When everyone who has the authority to make a difference uses their authority, you are able to drive change quicker.”

Ms. Mlambo-Ngcuka also drew attention to the importance of preparing female candidates for senior positions, especially at country levels. She urged the audience to “encourage your nationals, women in your countries to apply for those jobs, and contact us to help you prepare for those interviews,” adding, “We need you to engage your Ministries of Defense, your security institutions to recruit, train and have more women in order to enrich the pipeline of women who are participating in the security forces.”

To support the gender parity strategy, UN Women will address UN Women-specific recommendations laid out in the strategy: amongst others, develop guidelines on creating an enabling environment and a dedicated strategy for increasing the numbers of women peacekeepers, work with civil society to encourage shadow reporting on the progress made on parity within the UN System, generate public information to promote women in field missions, as well as create a database of women National Officers.

The event also highlighted the role of Member States in making gender parity a reality at the United Nations.

“Member States guide the organizational priorities of the United Nations,” said Adonia Ayebare, Permanent Representative of Uganda. “We can start by providing good female candidates for senior UN jobs. In case of peacekeepers, troop contributing countries like Uganda should continue to provide women peace both at the command level and regular troops.”

Ambassador Ayebare also outlined the importance of contributing adequate financial and human resources to achieve gender parity and shared a number of recent measures by Uganda to enhance women’s leadership, including affirmative action to increase women’s participation in politics, and the Unemployment Act of 2006, which provides for equal pay, non-discrimination, and prohibits sexual harassment.

ˋGender Parity is not about numbers, it’s about changing perspective, and this is what we achieved in Qatar’ stressed @AmbAlyaAlThani while addressing the audience at the #CSW62 side event discussing the strategy on achieving #genderparity in #UN system by 2028 pic.twitter.com/8jnMMPYxJQ

The Permanent Representative of the State of Qatar to the UN, Sheikha Alya Ahmed bin Saif Al-Thani, shared Qatar’s experience in ratifying the Convention on the Elimination of all forms of Discrimination against Women (CEDAW) in 2008 and said that change must come from within. “It took us years to implement national consultations among women and men, especially with women, to make sure that people not only understand the Convention, but also embrace it,” she said. 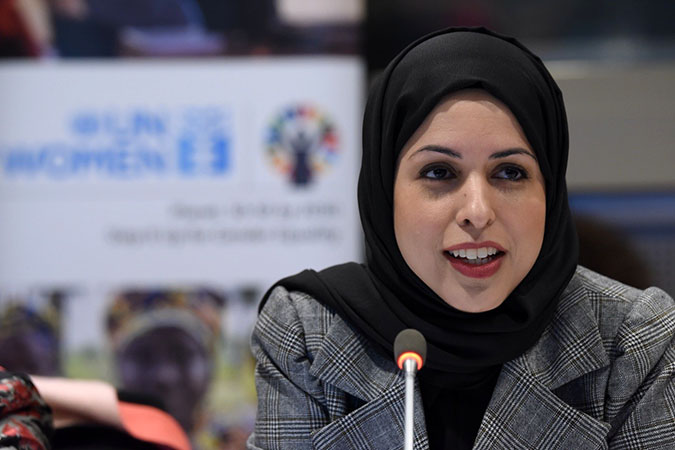 “We need to go beyond gender parity, we need to go to gender equality,” said Ms. Balakrishnan, adding, “We need a feminist agenda for the United Nations.” She also stressed on adequate financing as a critical issue for the gender equality agenda: “We need a lot more money for gender equality. The task force needs to create open space where we know where the money is, so that there is transparency in terms of the budget.” 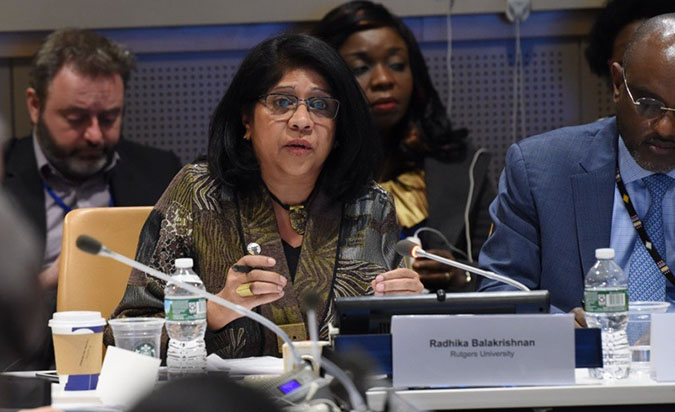 Ending sexual harassment and violence against women is a pivotal part of creating an enabling environment for gender parity everywhere, including within the UN system. Ms. Peacock reflected upon the importance of engaging men. “Time’s up for the patriarchal practices that continue to impede women’s progress. If men are the main impediment to women’s advancement…men must be part of the solution, men must speak up and challenge that.” He urged men to use their authority in every sphere, be it at home, in the workplace or in the community, and announce their commitment to challenge inequality and violence.

Q. Why is gender parity important to men?
"If half the world's population is denied the opportunity to manifest their full potential, then we all lose." - @deanjpeacock, Co-founder & Co-Executive Director @SonkeTogether #Planet5050 #CSW62

The event was organized by UN Women and moderated by Senior Adviser Katja Pehrman.

For more information on the gender parity strategy of the UN and UN Women’s efforts to improve the status of women in the UN system, visit https://www.un.org/gender/ and https://www.unwomen.org/en/how-we-work/gender-parity-in-the-united-nations