By Phumzile Mlambo-Ngcuka, UN Under Secretary-General and Executive Director of UN Women

Equality between women and men, and opportunities for women’s voices and leadership at all levels of decision-making have been globally acknowledged as vital contributors to more prosperous and stable societies in the 2030 Agenda for Sustainable Development. With increased agency and representation in society and in public life, women are better able to raise the profile of key issues including reproductive rights, childcare, equal pay, parental leave and pensions; and broader development issues such as the alleviation of poverty and delivery of services. But while we are seeing more women than ever holding public office and engaging in political processes, there is still a gaping gender gap for women in politics. Globally, just 23.5 per cent of national parliamentarians are women, six per cent of heads of state and six per cent of heads of government. Currently, just six Commonwealth member states have a woman as head of state or government. 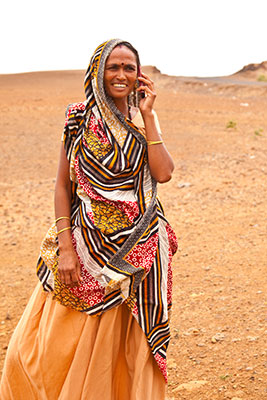 Violence against women remains one of the most serious obstacles to the realization of women’s political, social and economic rights today. One aspect of this is the scale of prevailing discriminatory legislation and policies. More than 150 countries still have laws that discriminate against women. These include family laws, penal codes, nationality laws and laws relating to inheritance, ownership and control over land and other resources. In fighting for policies that empower women and prevent and eliminate violence against women, we have worked to ensure that more women have access to policymaking positions, political leadership and other seats of power. But the path towards election and holding office is far from easy in Commonwealth countries, as elsewhere, and championing women’s leadership in politics can bring severe repercussions for both women voters and candidates.

In many countries, women candidates face intimidation, violence and harassment when contesting elections. Is this because their participation in elections threatens the dominance of male power, or is it a form of punishment for not conforming to the gender roles assigned to women?

The women who are elected know that violence and harassment do not end at the ballot box. Far from it. Online abuse of female politicians is rife, and opens to public gaze the broader picture of toxic targeting through social media, increasing where gender as a trigger is compounded by other intersectionalities like race or sexuality. The UK Member of Parliament (MP), Diane Abbott, who received half of the 25,000 abusive tweets sent to female MPs in a six month period in 2017, has highlighted the chilling effect this abuse has on women – and especially young black women – taking part in public life. Excluding Diane Abbott, black and Asian women MPs in Westminster received 35 per cent more abusive tweets than white women MPs. Similarly, the former Prime Minister of Australia, Julia Gillard, has spoken out about women in public life facing “nearly daily” threats of violence or rape. New social media and communication technologies present opportunities for attacking women, with one report finding that women are 27 times more likely to be abused online than men. Their stories must be taken seriously and come with repercussions for the perpetrators. 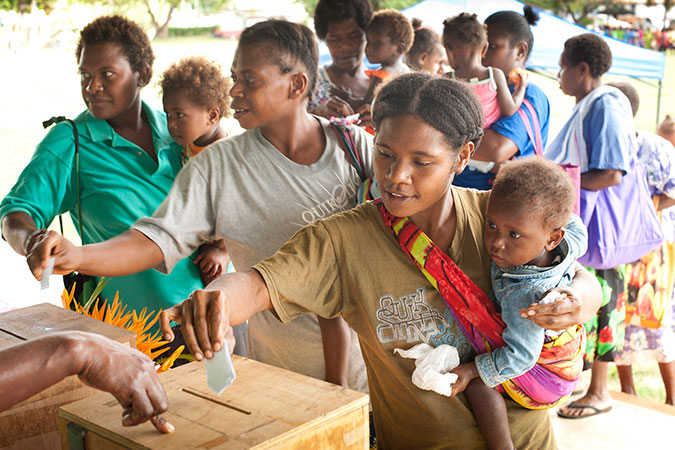 Women who seek to exercise their right to vote can also find themselves the target of violence, and intimidation can result in drastically reducing the number of women casting their ballots. In Kenya’s 2017 elections, women across the political spectrum reported harassment. During the 2015 parliamentary by-elections in Pakistan’s Lower Dir District, none of the 53,000 eligible women voters turned out to vote. It was reported that they were prevented from doing so by male family members, religious communities and by armed men at polling stations. In countries with already low rates of women in politics, violence – or the threat of it – can severely discourage women from entering politics or taking part in elections. The consequences and the causes are both of deep concern, each indicating a cycle of persistent discrimination.

Thanks to movements such as #Metoo and #Timesup, more and more women across the world have been able to share their experiences of violence and harassment – from film sets to political chambers. They exemplify the positive power of the media to expose abuses, build solidarity and ignite global conversations. It is a shared experience that has important potential for building longer-term change, together with women’s marches around the world. The United Nations also faces these issues, and Secretary-General António Guterres has announced a five-point plan to ensure zero tolerance for sexual harassment across the UN system.

Democracy is not democratic without equality, and while women in politics experience violence and intimidation. Women must be free to vote, campaign, hold political office and speak out on behalf of their constituents, free from violent or toxic retribution. Innovative prevention and response measures to counter violence against women in elections are needed globally, along with continued research to quantify the scale of the issue. By recognizing violence against women in politics as a serious barrier to closing the gender gap in other aspects of our societies, we can resolve to find ways to ensure that women can participate freely, fairly and safely in elections and politics in all Commonwealth countries. And with more balanced societies, we are better able to gain peace and prosperity.