Ready for peacekeeping deployment, with a gender lens 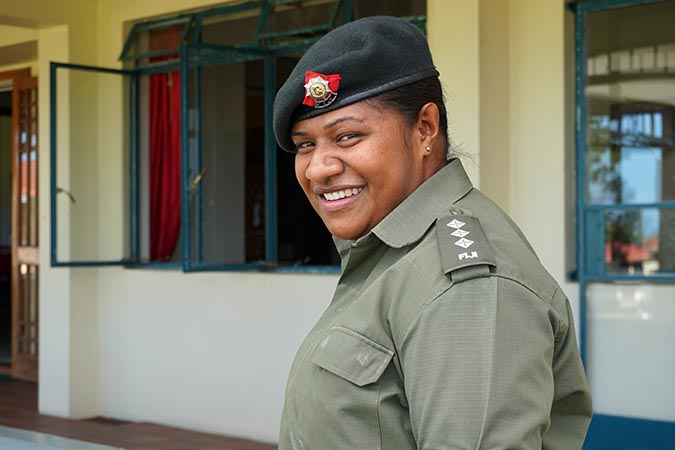 Captain Anaseini Navua Vuniwaqa of the Republic of Fiji Military Forces, has taken part in two very different kinds of UN Peacekeeper trainings. At the UN Staff Officer’s Course in Beijing in 2017, she was the only international woman participant.

“There were two other females that joined, but they were both from China, and then one had to drop out midway through the course,” said Captain Vuniwaqa, who first joined the military in 2009 and is now ready to be deployed to UN peacekeeping missions.

In April 2018, she travelled to India to participate in the ninth edition of the Female Military Officers’ Course (FMOC), which aims to bridge the gender gap in UN peacekeeping. The two-week course organized by UN Women and partners, provides specialized training for female military officers around the world to create a global network of trained women peacekeepers. 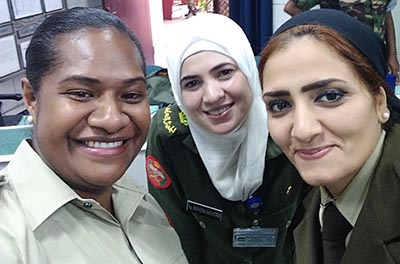 “The experience was just different,” said Captain Vuniwaqa, about the FMOC training. It was centred around women officers and specific skills and information they would need as peacekeepers. “I just loved to sit and look around and see how things are going, and how these women are talking and the things they are talking about…Women from all different countries doing all different things. It broadens your horizons.”

“When I came back, I would tell the women (in Fiji), when they say the world is your oyster, they basically mean it!”

Women currently represent only 4 per cent of the more than 80,000 UN Peacekeepers, despite their key role in preventing sexual violence during and after conflict, and their unique abilities to engage with the communities they serve, especially women and girls.

Increasing women’s participation in peacekeeping is recognized as a critical factor for the overall success of missions. From gathering intelligence, identifying hot spots for patrolling and providing relief and rehabilitation services to survivors of violence, UN Peacekeepers rely heavily on engaging with the community. Often, women officers are more likely and capable of gaining access to and trust of the community. They also have greater awareness of women’s vulnerabilities and needs. Their presence in mission areas inspire members of the local community and can be an opportunity to model more equitable gender relations.

“When someone has been violated by a man, they would not open up to a man. It’s about common sense,” said Captain Vuniwaqa. “Female military observers are needed in these areas because they can relate, and especially when they’re not armed. When they come in and they’re not armed and they’re seen as female, the victims tend to gravitate towards them.”

The Female Military Officers Course, funded by the Governments of the Netherlands, Norway, Australia and Finland, has trained 340 women officers and held 10 sessions in India, China, South Africa and Kenya. 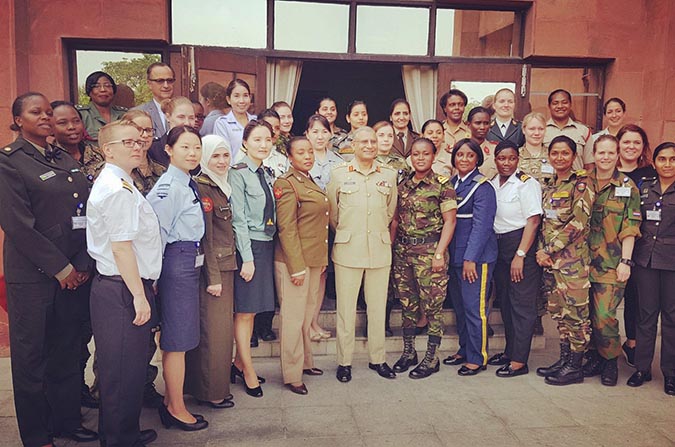 “The training sessions, led by a mix of civilian and military women and men, focus on scenario-based and role-playing exercises on a range of skills, from communication techniques for interacting with victims to detecting early warning signs of conflict-related sexual violence, and knowledge of mandates,” explains Bradley Orchard, UN Women Policy Specialist and Military Liaison Officer.

After the training, most participants say they feel better prepared for peacekeeping missions. “I feel more prepared to perform the duties of a UN Peacekeeper, and more confident of selection to a mission. I also feel more capable, responsible and accountable to prevent conflict-related sexual violence,” said Major Vimala Parimi, from the Indian Army who attended the training in 2017.

Another participant from the same year, 31-year-old Captain Elisabeth Gielens from the Netherlands Royal Army, emphasized the value of bringing women together to share stories: “I liked sharing mission experience, or just experiences on being a female in a 'men's world'. To share my thoughts with female officers from all over the world was a fantastic opportunity. I made friends for life!”

For Captain Vuniwaqa, being able to take what she has learned back to other female and male officers in Fiji has been a rewarding experience. Since returning, she has expanded the training on sexual exploitation and abuse and sexual harassment for officers in the Fiji military force.

“It empowered me to teach and give back to the Fiji Military Forces,” she said. “We have added more information in the training, and I’ve even used examples that they gave us in India.”

Captain Vuniwaqa is more eager than ever before, to join the UN peacekeeping missions. “Female military officers and soldiers need to go out,” she says, her passion palpable. “There is a real need, not just to make up the numbers because we stand at 4 per cent... [There is] need for more women to be on the ground, more women to deal with the victims and the most vulnerable…there is a need for women to walk in the streets unarmed and engage with the locals.”

Increasing the number of female peacekeepers is one of the key recommendations of the “System-wide strategy on gender parity” launched by UN Secretary-General António Guterres in 2017. The strategy includes recommended actions to reach gender parity by 2028.

Related News
19/12/2018
In the words of Captain Anaseini Navua Vuniwaqa: “There is a need for female peacekeepers”
25/05/2018
In the words of Major Cleo Bigwood: “Many of us are working tirelessly to make things better for you.”
06/03/2013
Presentation by Michelle Bachelet and Julia Duncan Cassell at a side event on the COMMIT Initiative
17/09/2018
From where I stand: "I believe women should be involved in peacekeeping operations"
26/05/2016
From where I stand: Maruti Joshi
END_OF_DOCUMENT_TOKEN_TO_BE_REPLACED