In the words of Captain Anaseini Navua Vuniwaqa: “There is a need for female peacekeepers” 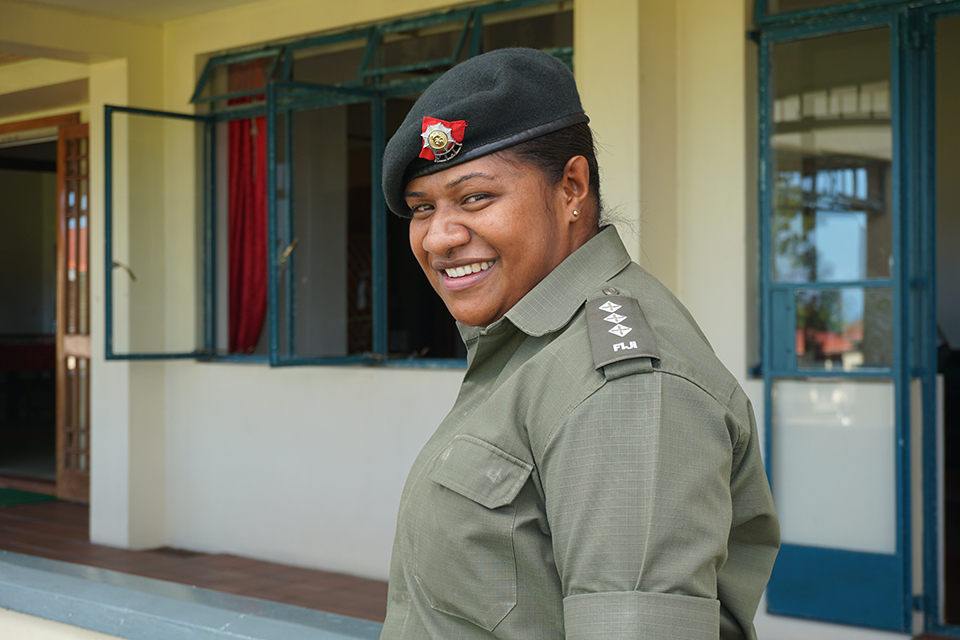 Back in April (2018) I was teaching at the Officers Training School in Vatuwaqa (Suva), and got a call from another woman officer asking if I wanted to go to the UN Female Military Officer’s Course in India. I’d heard about it, and obviously I wanted to go, I couldn’t let this opportunity pass me.

The experience was mind-blowing. There were 31 participants from 27 countries; you sit in a room and look around and it’s all women. I’m used to sitting in rooms full of men all the time.

In the training, we learned about conflict-related sexual violence, about victims of war. And you know in war, women and children are classified under the most vulnerable people. They are the ones who are the most affected because when men are busy going out to war in certain conflict areas, the women are the ones who are left behind and they are not armed.

This is where the female military officers come in, because when someone has been violated by a man, she would not open up to a man. It’s not about learning psychology, it’s about common sense. So that’s where female military observers are needed because they can relate to other women and they’re not armed.

Survivors tend to gravitate towards the female officers, they are able to open up to them. It’s important for us to inform the women officers that they have an important role in peacekeeping; there is a need for female peacekeepers.

The United Nations Female Military Officers course is a good base to learn about how to deal with a survivor, how to talk to a woman who has been raped or sexually harassed, and how to deal with it when there is a child involved.”

Related News
29/05/2018
Ready for peacekeeping deployment, with a gender lens
06/03/2013
Presentation by Michelle Bachelet and Julia Duncan Cassell at a side event on the COMMIT Initiative
08/04/2022
Women spearhead climate change response in the South Pacific
05/05/2021
From where I stand: “The more Roma women are visible, the more impact they have on society as a whole”
28/05/2020
From where I stand: “Although the situation is unpredictable, we are still working to maintain peace”
END_OF_DOCUMENT_TOKEN_TO_BE_REPLACED