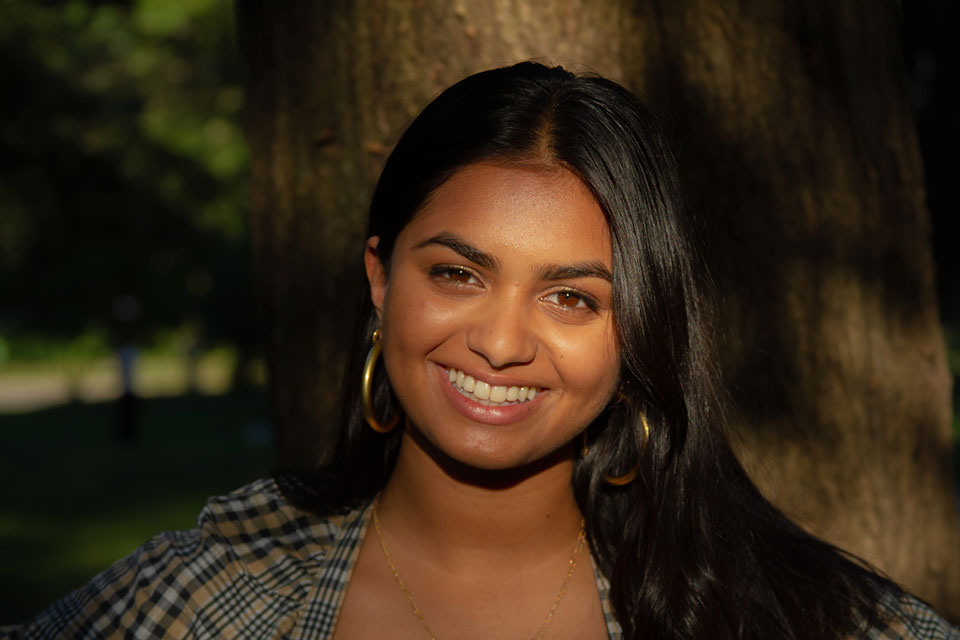 “I speak up. Women and girls need to speak up because WE know what we need to make things better for each other. We understand the impact of the barriers we face on a daily basis, whether it’s discrimination or everyday sexism. We need to find the confidence to call out things which affect us and stand up for each other.

Three things you can do to fight period poverty

For me, I see and hear from women who have no voice and no agency every single day. These are women and girls everywhere who feel that everyone has forgotten about them, that their needs have been sidelined and silenced. I speak up for them because I’m fortunate to have avoice and everyone deserves to be heard.

After I read that girls in the UK were missing school because they are unable to afford period products, I started the campaign Free Periods, to end period poverty.

Everyone benefits when girls are educated

Girls’ education is an urgent issue. I don’t think we are seeing enough progress in this area. Just two in three countries have achieved parity in primary education, one in two in lower secondary, which is not good enough.

“Young people are starting to create the change we want to see. ”

Closing these gender gaps is complex and the barriers are often culturally and socially entrenched, but the benefits of providing girls an education is incredibly far-reaching, and can improve the lives for generations. Everyone benefits when girls are educated.

I just got back from Zambia where I saw first-hand why we need to work harder to keep girls in school.

Girls who went to school felt empowered, they had extraordinary ambitions to improve their communities, they were less likely to be victims of forced marriage, and they were just starting to discover how much they could offer the world.

Youth action for a better future

I think we are living in quite a unique time where young people are starting to create the change we want to see. We aren’t waiting for adults to take the initiative. We are demanding change and orchestrating that change ourselves.

I would say that if there is something you see that’s a glaring injustice, don’t think it can’t be you that changes that. Find a group of people who feel the same way and join forces. Organise a protest, raise awareness. Just do something because it’s only when you start that you realise how much impact you can have.”

Amika George is a 19 year old student at Cambridge University, who, at the age of 17, started the Free Periods campaign to end period poverty in the UK.

Related News
22/10/2019
I am Generation Equality: Anna Lavreniuk, student leader and opinion shaper
18/01/2021
Comic and cartoon competition
GENERATION EQUALITY: PICTURE IT!
27/06/2019
Call for applications: Beijing+25 Youth Task Force
04/02/2015
Photo essay: They were not at the Beijing Conference, but...
12/02/2020
Calling for action to meet the unfulfilled promise of education for girls
END_OF_DOCUMENT_TOKEN_TO_BE_REPLACED