A safe city for women and girls in El Alto, Bolivia 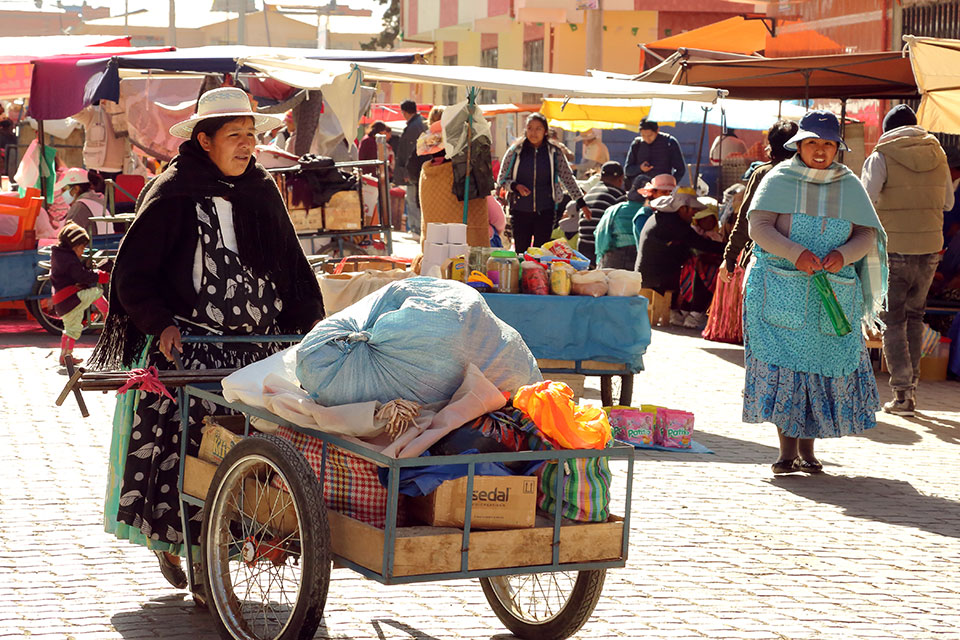 When dusk sweeps down El Alto, surrounded by the Andes mountains, women are unlikely to be seen on darkening streets.

That’s because most women and girls are told to stay inside after dark, for their safety. Still, some women simply can’t avoid it.

“It affects us a lot,” explains Rosa Juana Quispe Vargas, a 42-year-old local vendor, single mother and community leader in the Lotes y Servicios zone of El Alto. “Before getting into a minibus at night, we have to look first to see if there are women, because if there are only men, there will be harassment... in the streets, if we come across dark places, we have to take a different route.”

It’s one of the pitfalls of living in this sprawling city just 15 km away from the Bolivian capital, La Paz. Once a desolate bedroom community, El Alto is the country’s second-biggest and fastest growing city.

“I have a shop in the area, and I have seen women and girls getting assaulted by men several times, sometimes by their husbands,” says Quispe Vargas. “We haven’t escaped that machismo; indeed, now it is worse than before, even though we have Law 348 [a 2013 law banning violence against women].”

In 2018, when El Alto requested to participate in UN Women’s Safe Cities and Safe Public Spaces Global Flagship Initiative, UN Women, with funding from the Republic of Korea, conducted a scoping study to better understand the nature of the violence and where it happens. The study identified streets, bars and public transportation as the sites where sexual harassment and other forms of sexual violence were most likely to occur, and detailed women’s coping mechanisms. 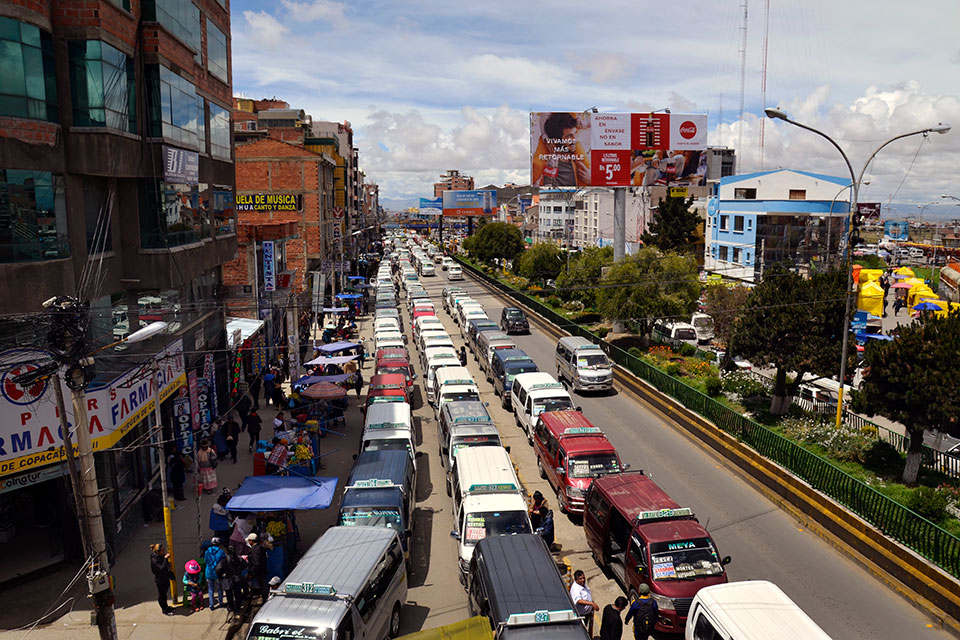 “I look for [buses’] transportation union logos,” recounted one young woman interviewed for the study. “I check if there are drunk people. I Whatsapp my family to tell them that I'm going into the bus. I look behind me, to see if anyone is watching me, and hide my purse.”

In El Alto, the new Safe City programme aims to increase safety and improve women’s quality of life by developing and implementing a local approach to prevent and respond to sexual violence in public spaces. Going forward, with funding from the Spanish Agency for International Development Cooperation, the programme will engage local authorities (police, local government and transportation), women’s rights organizations and other partners to design services for survivors, integrate gender issues into urban planning, and lead community mobilization efforts to prevent such violence.

“Planning that is inclusive of women is important,” explains Patricia Urquieta, of the Development Sciences programme at the Greater University of San Andrés (CIDES-UMSA) and lead researcher of the El Alto scoping study. She explains that, “Cities must be places where women can freely, exercise their right to happiness, their right to move, grow... The planning of public transportation, and sidewalks, etc. should take into account the care economy and caregivers’ mobility… Feminist urbanism speaks of security, but also of vitality.” 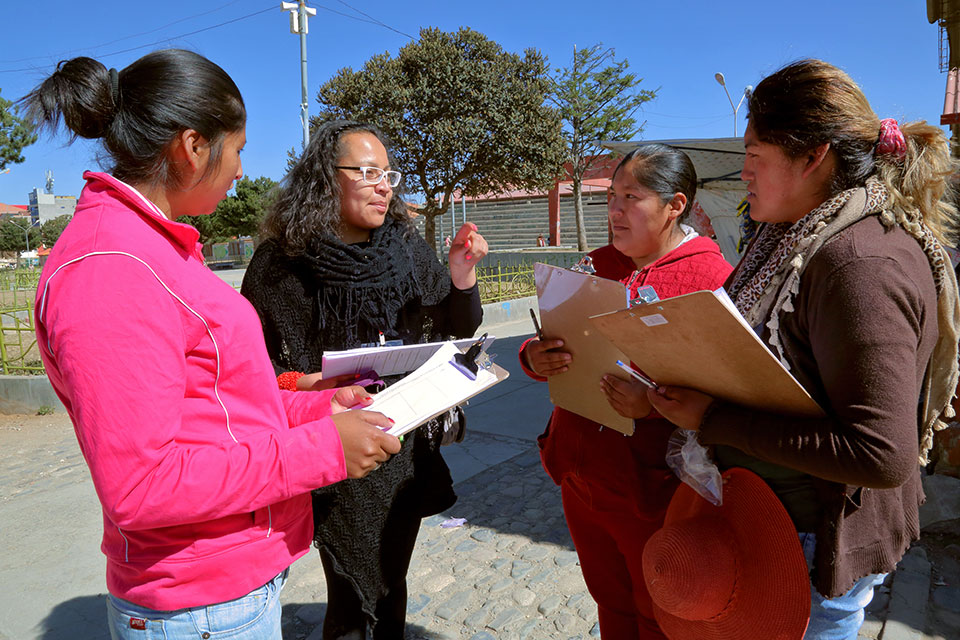 She says a gender-responsive approach to urban planning is needed across all municipal departments’ planning, with investments in public infrastructure (safe potable water, improved sanitation, lighting, creation of market stalls), along with training for women on financial literacy and economic development.

More than a third [2]of the population of El Alto lives in poverty. Although Bolivian women’s labour participation is the highest in the region (62 per cent), their living and working conditions are in need of serious improvements. Specific groups of women, such as indigenous or migrant women, and young women, are particularly vulnerable to sexual harassment in public spaces, and there’s lack of public services for working women.

“What women demand most are day-care centres for their children, as this would improve their financial resources, being able to devote themselves fully to commercial activities,” adds Ariel Ramírez Quiroga, deputy director of the Munasim Kullakita Foundation, a local partner of the programme. 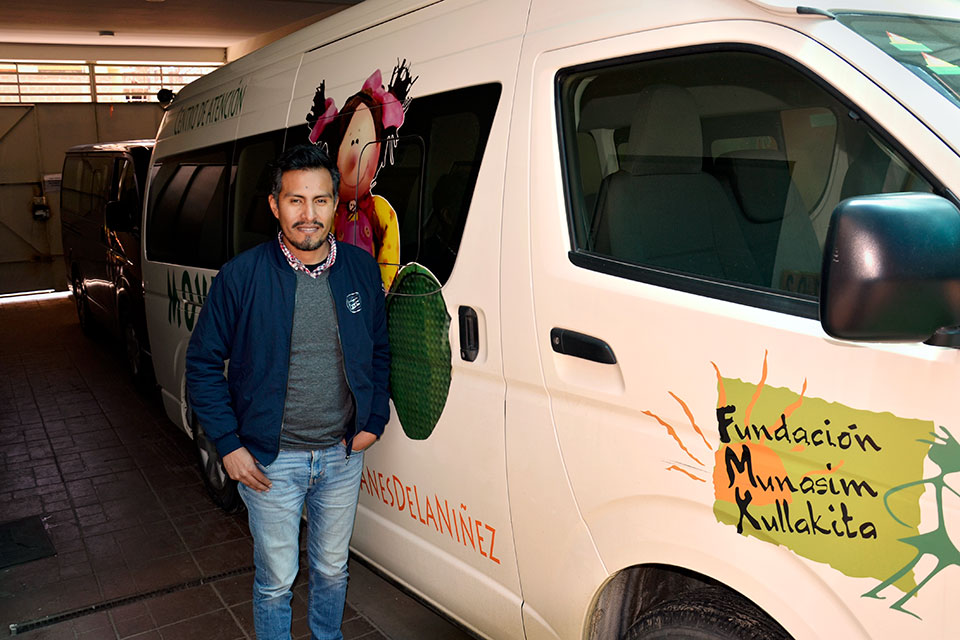 It’s also important to create awareness among women and men about sharing care work, he explains, “Many mothers didn’t want their daughters to attend the prevention workshops we conducted because it took time away from their housework and care responsibilities… the burden of care needs to shift exclusively from women for more equitable sharing of domestic and care work between men and women.”

Cecilia Enriquez, manager of the Safe City programme in El Alto is confident that the programme will succeed, because, “among other factors, the Government knows that this programme delivers concrete results and has prioritized this work within the urban agenda and investing in efforts to eradicate violence against women.”

In 2019, the El Alto Safe City programme will examine laws and policies to prevent and respond to sexual violence in public spaces. Authorities, women’s organizations and community partners will be equipped to monitor the effective implementation of laws and policies, and make sure that laws are accompanied with sufficient resources so that they make a difference in women’s lives.

“We want the community shape municipal public policies,” says Ramírez Quiroga. “Women also need their spaces to organize and demand change. NGOs, foundations and institutions can give them the tools to advocate, but the decisions must be made by women in all their diversity.”

[1] Ministry of Justice and Institutional Transparency, National Institute of Statistics (2017). National Survey on the Prevalence and Characteristics of Violence against Women. https://www.ine.gob.bo/index.php/prensa/publicaciones/411-publicaciones/todas-las-publicaciones/2017/326-encuesta-de-prevalencia-violencia-contra-la-mujer