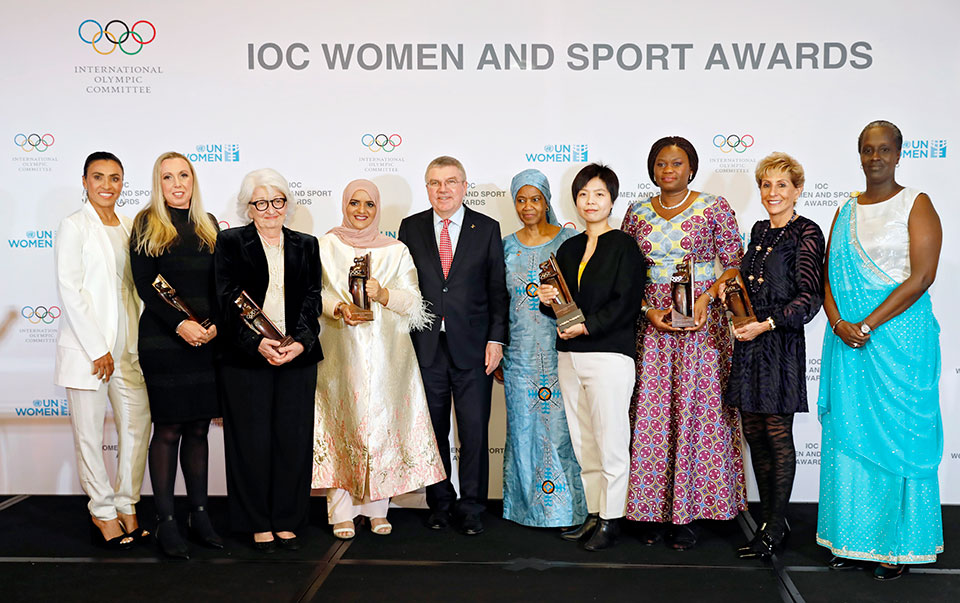 On the margins of the 63rd session of the Commission on the Status of Women, UN Women and the International Olympic Committee (IOC) co-hosted  the Women and Sport Awards celebrating the role models and change makers in advancing women and girls in and through sport.

Introduced in 2000, the awards are given to individuals or organizations who have made remarkable contributions to the development, encouragement and reinforcement of women and girls participation in sport.

IOC President Thomas Bach highlighted the role that sport plays in development and women’s empowerment, not only on the field, but also in other areas of society and in their personal development.

He also described the IOC’s work to empower women within the organization, including through increasing women’s membership in the Commissions to 42 per cent, with the goal of reaching full equality in the future. 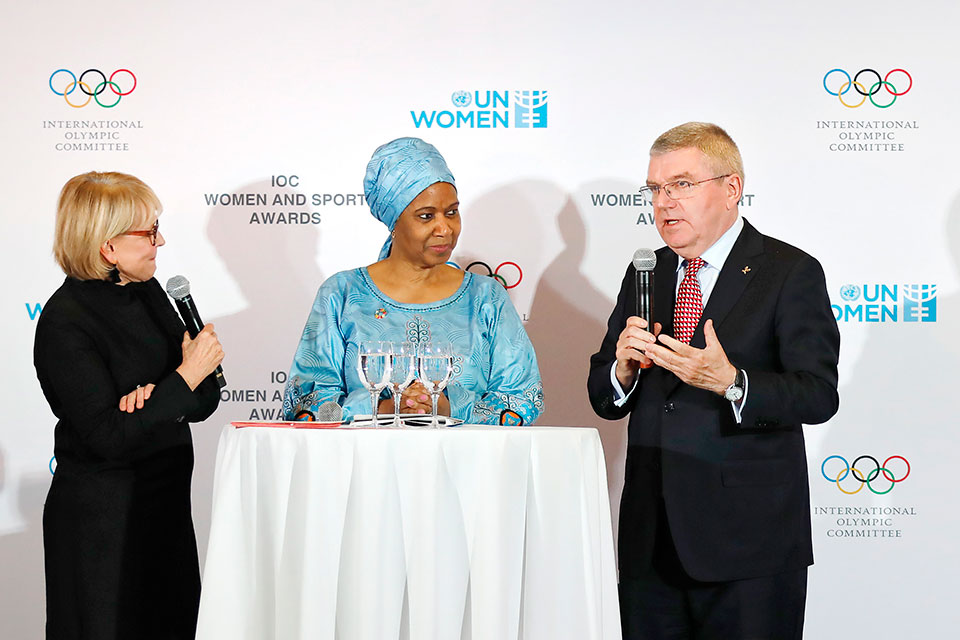 UN Women Executive Director Phumzile Mlambo-Ngcuka echoed Mr. Bach, agreeing on the off-the-field benefits that sport can have for girls, including learning leadership skills and teamwork.

“Sport teaches team play, it teaches them to win and lose gracefully, they make friends for a lifetime, and of course, it improves their health.”

Ms. Mlambo-Ngcuka also called on the media and social media users to amplify the stories of women and sport to increase the visibility of women in sport and to raise the profile of women athletes.

Six trophies are distributed each year, one for each of the five continents and one at the world level.

This year, the world winner was International baseball umpire, Po Chun Liu, from Chinese Taipei, who was awarded the World Trophy for her devoted advocacy for female empowerment through sport. Known as ‘the Mother of Women’s baseball’ in Chinese Taipei, Liu has worked relentlessly to create opportunities for girls and women to get involved with sport, either in leadership or on the field of play, “striking out gender discrimination”.

“It’s our responsibility to empower girls and women so they’ll realize their full potential and take charge of their life,” said Liu. “To help a girl is to help a family.”

Her determination saw her go from volunteer in Little League to becoming the first female baseball umpire in her native Chinese Taipei and making Forbes’ 2018 list of the Most Powerful Women in International Sports.

An icon and role model for many, global soccer star and UN Women Goodwill Ambassador Marta Vieira da Silva, shared her personal story of overcoming adversity and obstacles, including the prejudice she faced as a child playing with boys in her community.

“I need to remember that not all talented, courageous and persistent girls will get where I did,” Marta said. “Many of them were left behind and many of them will remain along the way, hindered by barriers that are much bigger than themselves. How many girls will have the strength and the luck of overcoming so many obstacles on their own?” 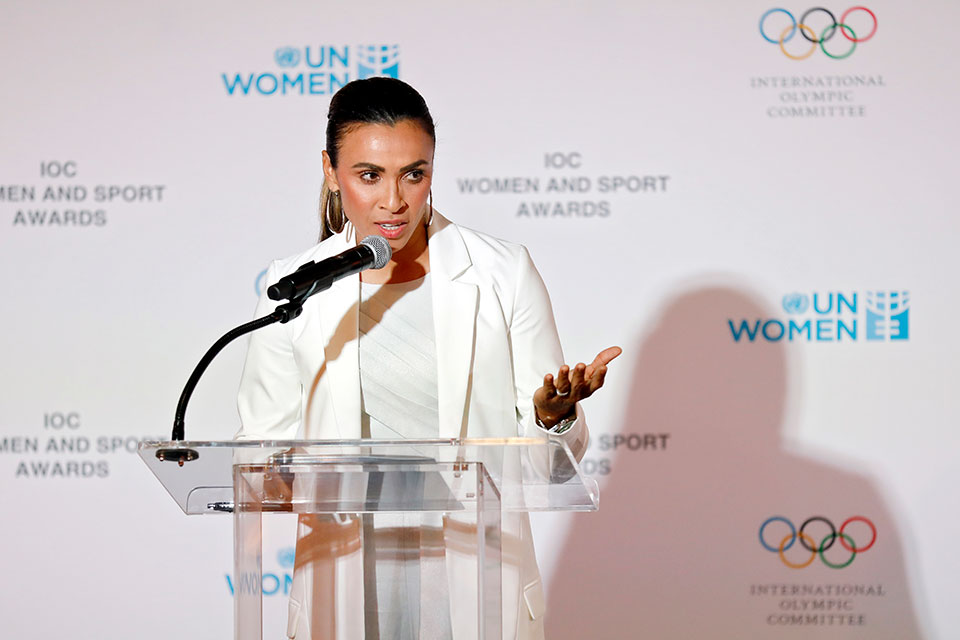 “I do not want to be an exception,” she added, emphasizing the importance of empowering women and girls in sport by celebrating those who are at the top of their game, and using their stories to inspire the next generation.

Winners of the five continental awards are: