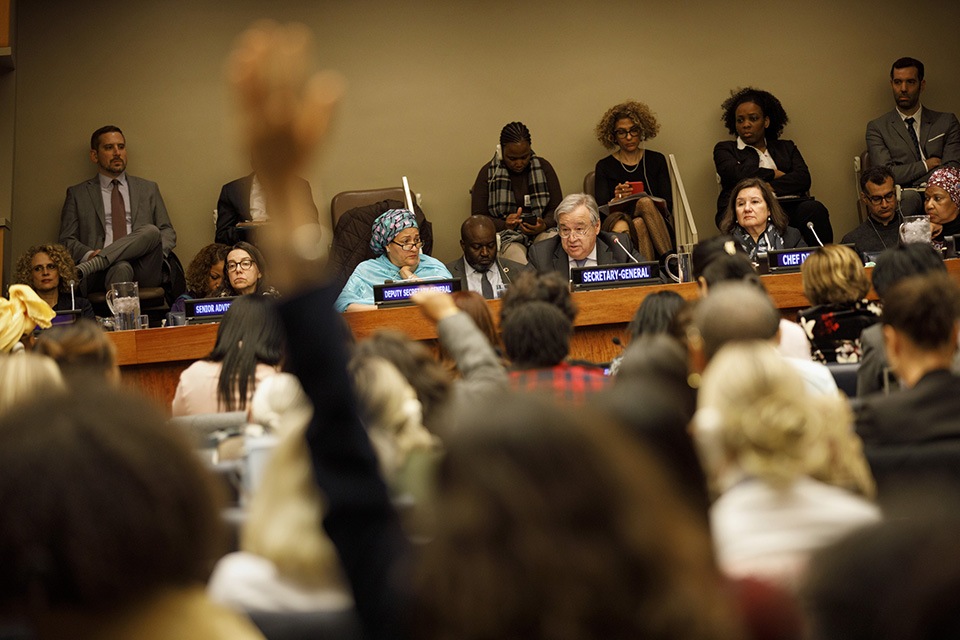 After hearing from many of the world’s top women politicians on Tuesday in a session on “Women in Power”, Secretary-General António Guterres, held a Town Hall meeting for civil society activists where he underscored the importance of women seizing the initiative in the struggle for gender equality.

“Power is not given, power is taken”, he stressed, adding that “we have to push back” against the resistance to change “because people do not like power being taken”. 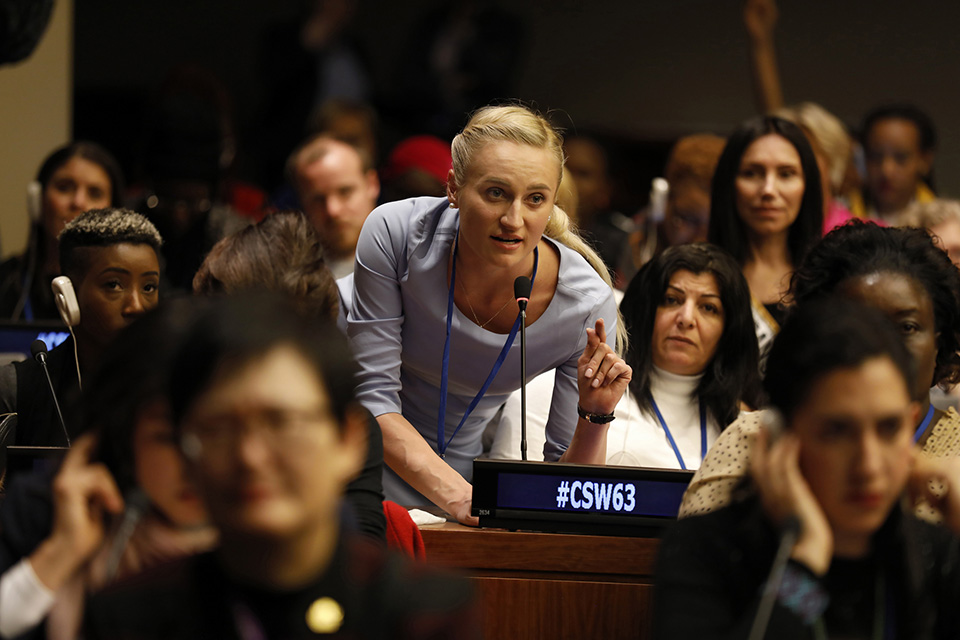 Representatives of civil society organizations posed questions to the UN Secretary-General at the Town Hall meeting of civil society during the 63rd session of the Commission on the Status of Women. Photo: UN Women/Ryan Brown

“We will only be successful if we are able to combine the institutional approaches, like the ones the UN develops, with the approaches at the civil society [level], the grassroots movements and the public opinion in general”, he elaborated.

In enumerating the UN’s internal priorities, he listed the first as parity, telling the meeting that at the senior Under-Secretary-General (USG) and Assistant-Secretary-General (ASG) levels, “we are now at 53 per cent men and 47 per cent women, which means that we are in line to the commitment I made to reach full parity in senior management in 2021”, he stated.

He added that while there are 26 women and 16 men in senior management, peacekeeping remains a male-dominated field. “We need to have probably a majority of women in headquarters” at the USG and ASG level, he said, “to compensate for what is still a minority in the field, but we are making progress very quickly”, he explained.

Notwithstanding the progress at the top levels, where he can personally appoint women, he said he was aware of a “pushback” moving down the ranks. To remedy this, Mr. Guterres said he was encouraging all Member States to include gender as a criteria and vowed to keep pushing, adding that “the battle is enormous”.

Turning to sexual harassment, he flagged that the victims are predominantly women and girls “because of the power relations”.

The Secretary-General said the main obstacle to introducing a zero-tolerance policy was the doubt people had over its effectiveness, pointing out that often “the victim becomes a double victim” instead of the perpetrators being punished.

To combat this, “we have done something revolutionary” he told the group: “We created a team of six women experts on sexual harassment investigations” where complaints bypass the old bureaucratic system and go straight to this team, “which might make some men think twice”. This second priority was greeted with a stirring round of applause.

Related News
16/03/2021
Women must be ‘front and centre’ of pandemic recovery, UN chief says
16/03/2021
Remarks by Under-Secretary-General of the United Nations and Executive Director of UN Women, Phumzile Mlambo-Ngcuka at the Town Hall with Civil Society and the United Nations Secretary-General
16/03/2021
United Nations Secretary-General's remarks at Town Hall with Civil Society during the 65th Session of the Commission on the Status of Women
19/03/2018
Youth Dialogue at CSW62 presents policy recommendations for inclusion of young women and girls living in rural areas
09/03/2018
Press release: As global mobilization intensifies on women’s rights, UN’s largest meeting on gender equality begins
END_OF_DOCUMENT_TOKEN_TO_BE_REPLACED