From where I stand: “We won the First International Women’s Blind Cricket Series” 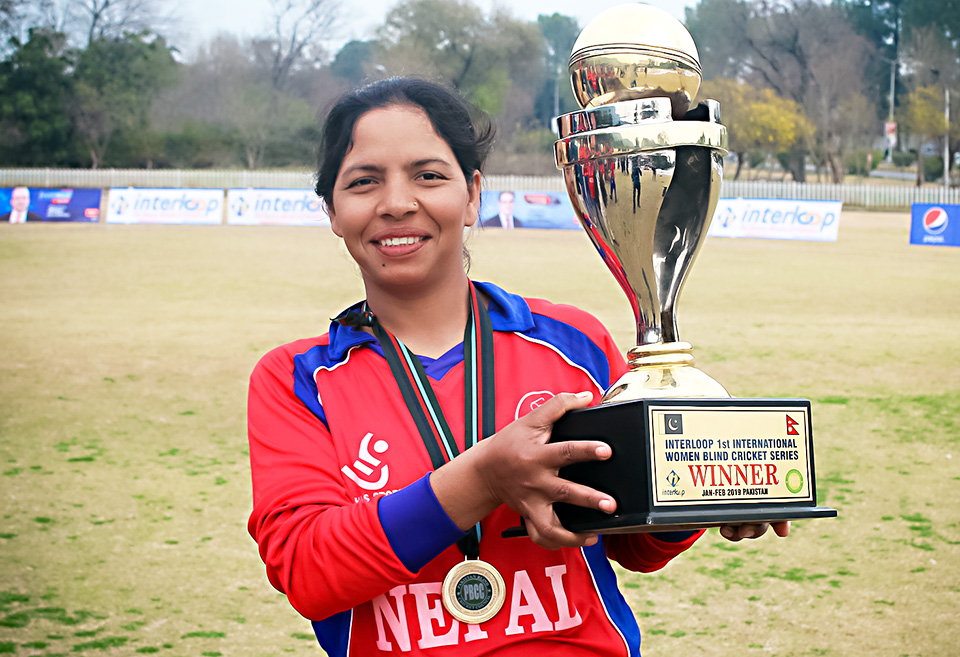 I have been playing cricket since 2007, after receiving a one-week training at my school. I was in eighth grade then and the training was open to everyone in my class. We started playing amongst friends, sometimes even skipping classes to play cricket. Back then, our families weren’t supportive. No one believed that we would make it very far. Our society did not have confidence in blind players like us.

We faced many challenges to continue our passion for cricket. It was hard to find players and come together to practice. People living with disabilities often undermine their ability to play sports due to mobility restrictions and negative stereotypes and perceptions towards people living with disabilities. But despite these challenges, my team and I persisted. We defeated the English team in 2014, in a 3-match series held in Nepal. This year, we won the First International Women’s Blind Cricket Series held in Pakistan. Today I have earned respect in my society as a national level cricket player.

I feel proud to have represented my country in an international platform. It has also boosted my confidence and sense of leadership. People in my community have now started believing that blind players are as capable as anyone else. If provided with opportunities, women and girls with disabilities can also demonstrate competence.

Due to limited financial resources and facilities provided to blind players, we still face many challenges in terms of accessing suitable ground and equipment, even when we are preparing for international matches. But we haven’t given up. I want to continue playing and lead my team to the World Cup. I also want to support the blind community. I want to bring more women and girls to the game and coach them. With everyone’s support, my plans might just work out.”