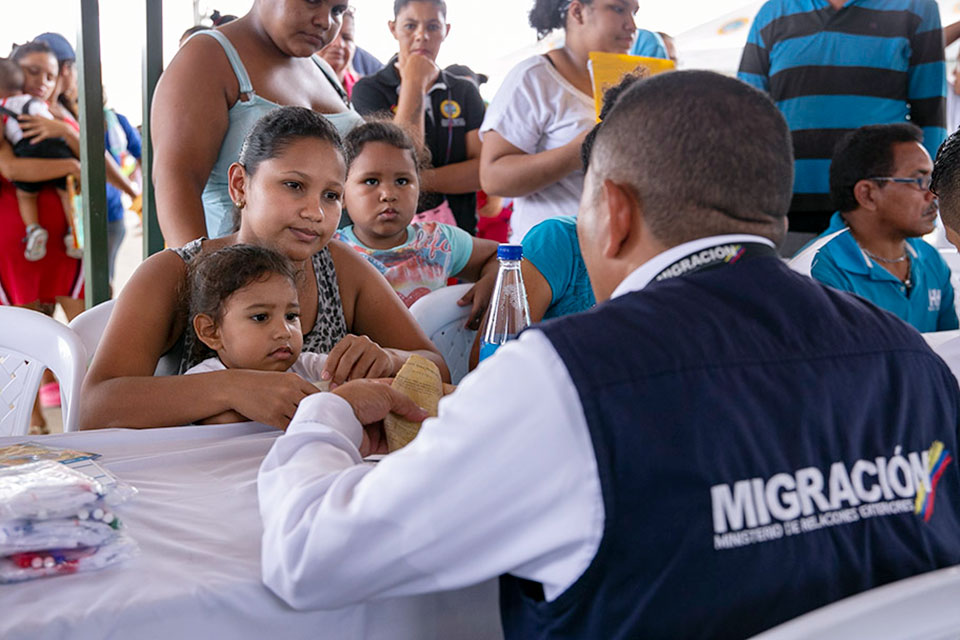 In Colombia UN Women is working together with the National Government and other UN Agencies with support programmes, border mobility cards and a special work permit that has allowed thousands of migrants to stay and work legally in Colombia. Photo: Tico Angulo / UN Women

In Colombian cities straddling the Venezuelan border, women hawking coffee or sweets at traffic lights while their children line the sidewalks are a common sight. Many of them have migrated from Venezuela, the scene of the largest exodus in Latin America’s recent history. More than 4 million Venezuelans[1] have fled the country’s dire economic conditions, insecurity, lack of food, medicine and essential services.[2] 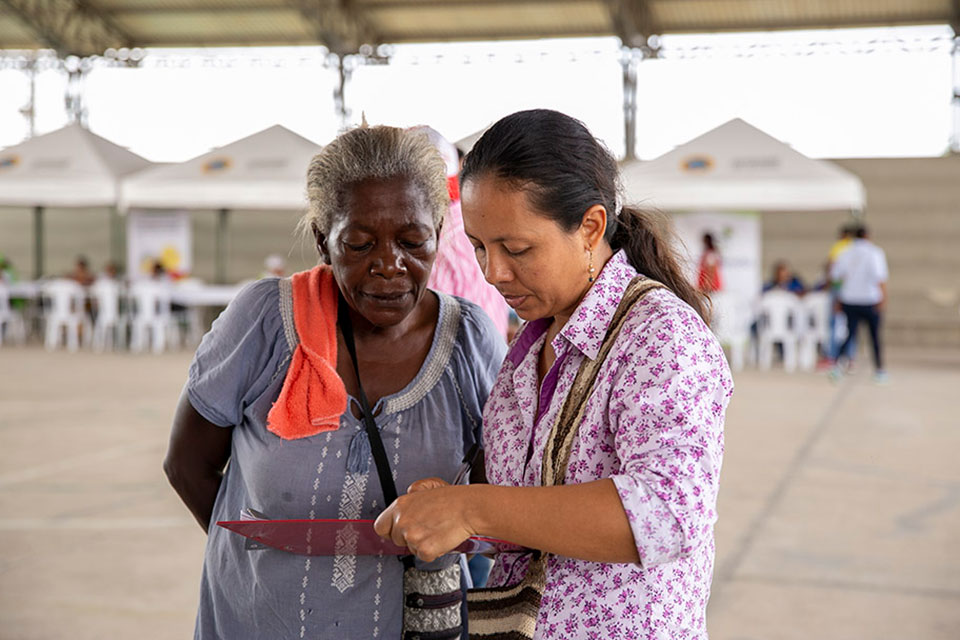 In Colombia, UN Women is working to improve the management of the information registry for women and girls, providing local rapid response plans for gender-based violence and sexual exploitation, and sensitizing the public about migrant women’s rights Photo: UN Women 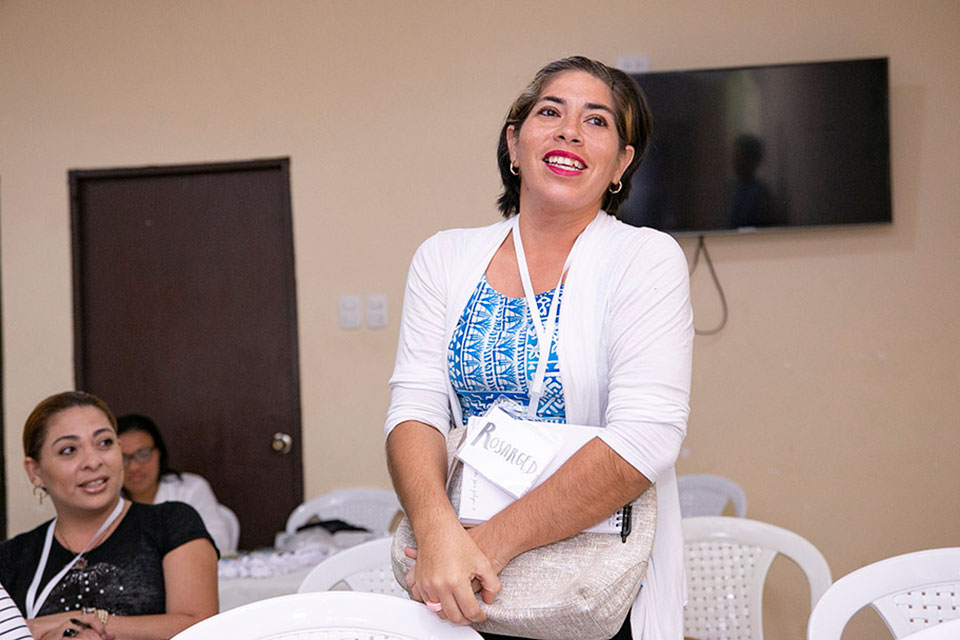 From where I stand: “There are things for which life doesn’t prepare you” 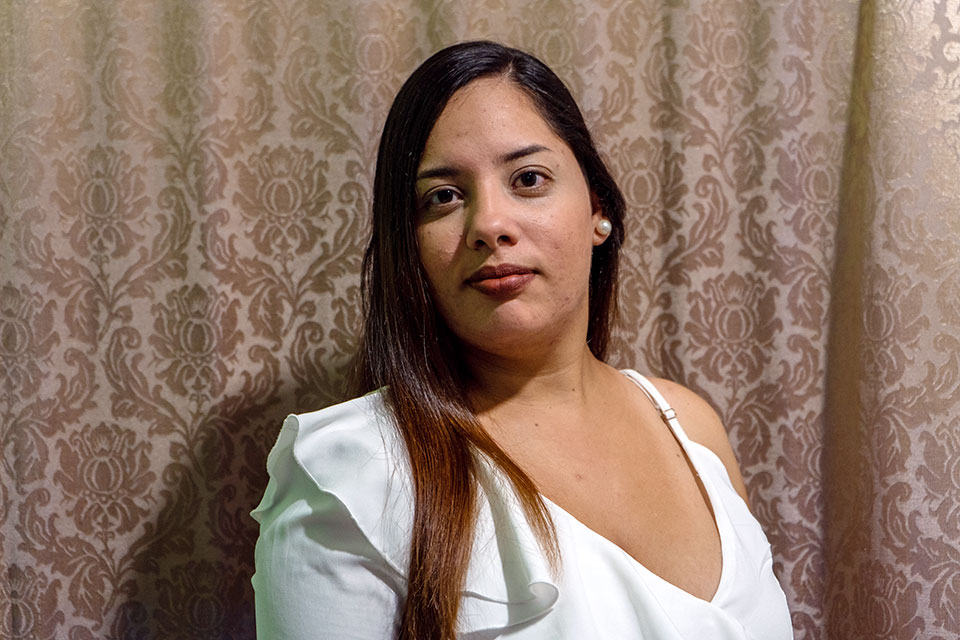 Ask an activist: What is being done to help Venezuelan women migrants?

“I feel like a brave woman, a fighter & what I would most like is for my children to study.”

Esperanza is a Venezuelan refugee who found safety in Brazil. She reflects on her journey to empowerment through @ONUMulheresBR.#WithRefugees #WorldRefugeeDay pic.twitter.com/nbpYamDkoN

“When I work, there are people who are [aggressive] just with words… I feel bad,” says Yenifer Guidice Naveda, a 19-year-old Venezuelan migrant who sells coffee in the town of Entre Ríos, La Guajira.

She arrived in Colombia in July 2018 with her husband and two children, all living in a man’s apartment. “The gentleman started being disrespectful, offering me money to be with him... Then one day, he made an advance.” Naveda said no, he touched her anyway. The family moved to another house, but never filed a complaint.

“[Migrant] women are vulnerable because of their gender,” explains Thailer Fiorillo, a Venezuelan lawyer and leader of the foundation ¡De Pana, que sí! which supports and provides legal advice to migrants. “They’re often deceived…Many of these women end up as sex workers... There is also workplace harassment and sexual harassment. The problem is that they think they’re going to be deported [if they come forward to complain]... but having no documentation doesn’t mean they have no rights.”

Over 1,260,000 Venezuelans live in Colombia, which has welcomed migrants with open arms, introducing support programmes, border mobility cards and a special work permit known as the Permiso Especial de Permanencia (PEP) that has allowed thousands of migrants to stay and work legally in Colombia.

Some 770,975 Venezuelans have legal status,[3] while another 489,619 have ‘irregular migratory status (who can only access protection and urgent care services and particularly vulnerable to labor exploitation, human trafficking, etc.)’, according to the latest Colombian Government report.[4]

To assist vulnerable migrant women, in 2018 UN Women began interventions in different coastal cities of Colombia, starting with the department of La Guajira and continuing towards Barranquilla and finally Cartagena, where sex trafficking and sexual exploitation is on the rise. These interventions provided emergency assistance, information on services for survivors of gender-based violence and sexual exploitation and sensitized service providers.

“The demand exceeds our capacity to respond,” says Ernestida Peñaranda Pérez, an official with the Nuestra Señora de los Remedios Hospital in Riohacha. For example, they ask “that we include [checking weight and height] for registered Venezuelan children, [which number] around 1,000 children. We would have to hire new personnel and obtain new resources – and we have no budget for that. The same goes for care and monitoring of pregnant women... We need another solution so that health institutions aren’t so affected.”

Candelaria Martínez, Women and Gender Affairs officer with the Ombudsman’s Office in La Guajira and a participant under UN Women’s project, explains that Colombian “officials have little training on how to serve the needs of migrants” and some are unaware that Colombian law obliges public officials to provide services and protect women’s rights, regardless of their [immigration] status. She sensitizes public servants and service providers about migrant rights.

There are several grass-roots organizations in Colombia that have emerged to support and inform migrants, who are using these products. Rosarged López González, a science teacher from Venezuela who found herself selling cookies to survive in Cartagena, is one of them. 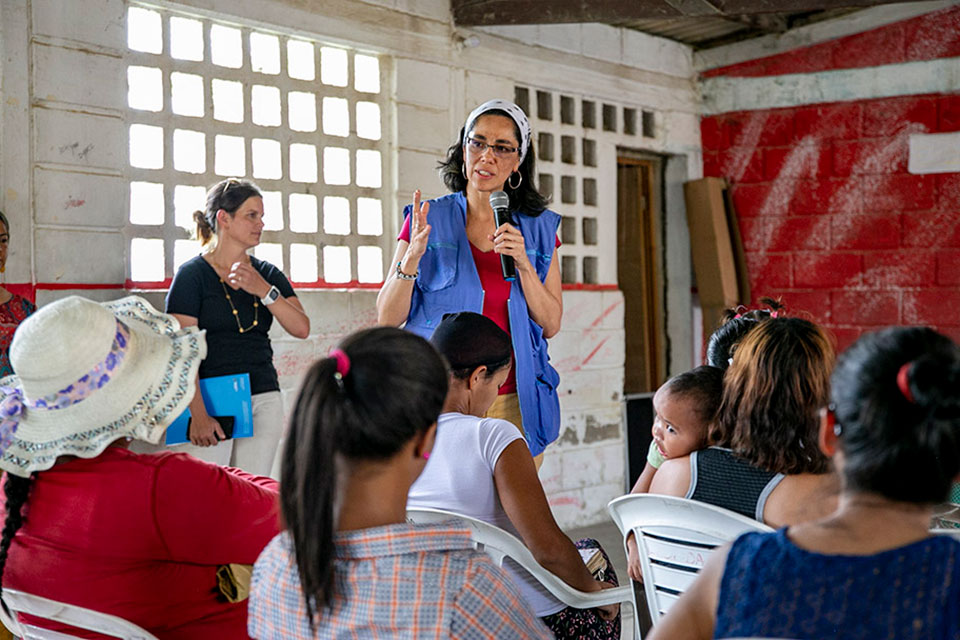 “I have been in need; I have experienced what it is to be a migrant woman. And because of that, I continue working for the rights of migrant women,” she says.

“When you arrive, you feel alone. So, I decided to create a social media network to support people,” says Zuneyka Dhisnays González, creator of the Venezuelans United in Quilla network, where she informs and guides her compatriots.

After a first set of interventions funded by the UN Central Emergency Response Fund in 2018, this year UN Women began implementing a project funded by USAID.

The project, now active in the cities of Maicao, Barranquilla, Soledad and Cartagena, is part of the UN system response in Colombia and has also facilitated dialogues between Venezuelan and Colombian women’s movements.

[1] According to the Coordination Platform for Venezuelan Migrants and Refugees (R4V), 6 June 2019. https://r4v.info/es/situations/platform

Related News
16/07/2019
From where I stand: “There are things for which life doesn’t prepare you”
16/07/2019
Ask an activist: What is being done to help Venezuelan women migrants?
09/09/2019
Empowering Venezuelan migrant women in Brazil
04/09/2019
From where I stand: “We can break barriers and provide a better future for ourselves and our families”
15/11/2021
How women migrants in Thailand are stopping trafficking and gender-based violence in their communities
END_OF_DOCUMENT_TOKEN_TO_BE_REPLACED