Before 8 a.m., under a scorching equatorial sun, dozens of Venezuelan migrant and refugee women had lined up in front of the Consolata Church in Boa Vista, the capital city of Roraima, a northern Brazilian state that borders Venezuela. 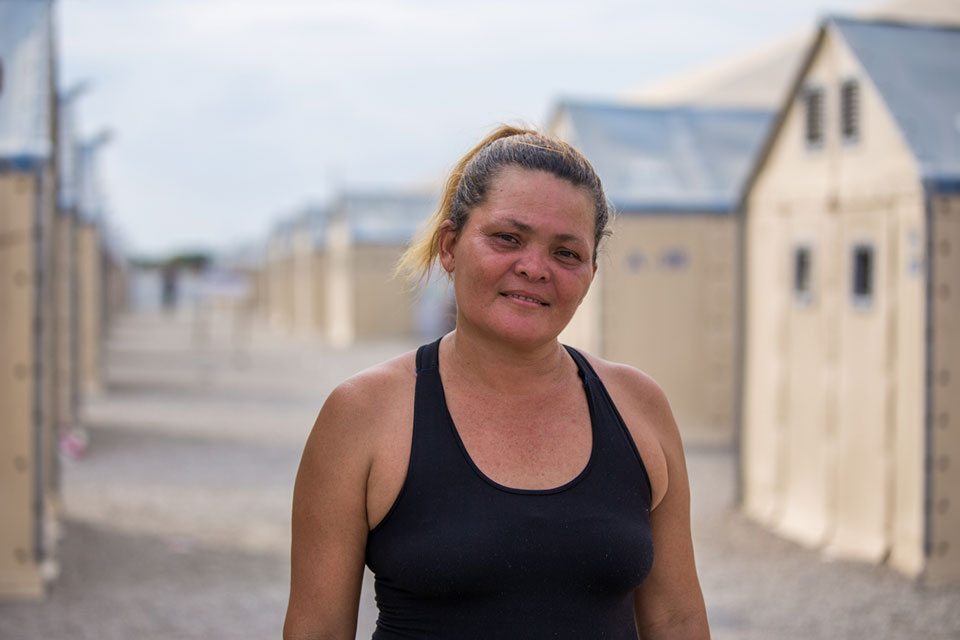 Briggitte Jimenez left everything she had in Venezuela, in the hope of finding the cure for her oldest son, who had cancer. UN Women's programme helped her when she was in a very challenging moment of her life. Photo: UN Women/Felipe Abreu

Among them was 49-year-old Briggitte Jimenez. She arrived in Boa Vista in February 2019, after Venezuelan public health cuts to cancer care. Her 17-year-old son had gastric cancer and Jimenez left her three other children in Venezuela in the hopes of saving her first-born. On her own and unable to work while she cared for her barely-conscious son, Jimenez queued alongside the other women in the hopes of receiving assistance from UN Women.

With funding from the United Nations Central Emergency Response Fund, UN Women offered various services and training from November 2018 – March 2019. Jimenez came seeking psychosocial assistance and cash support. The programme focused on extremely vulnerable women, such as those living in the streets, with serious health problems or disabilities, caring for an ill relative, or at-risk of sexual exploitation and/or trafficking. 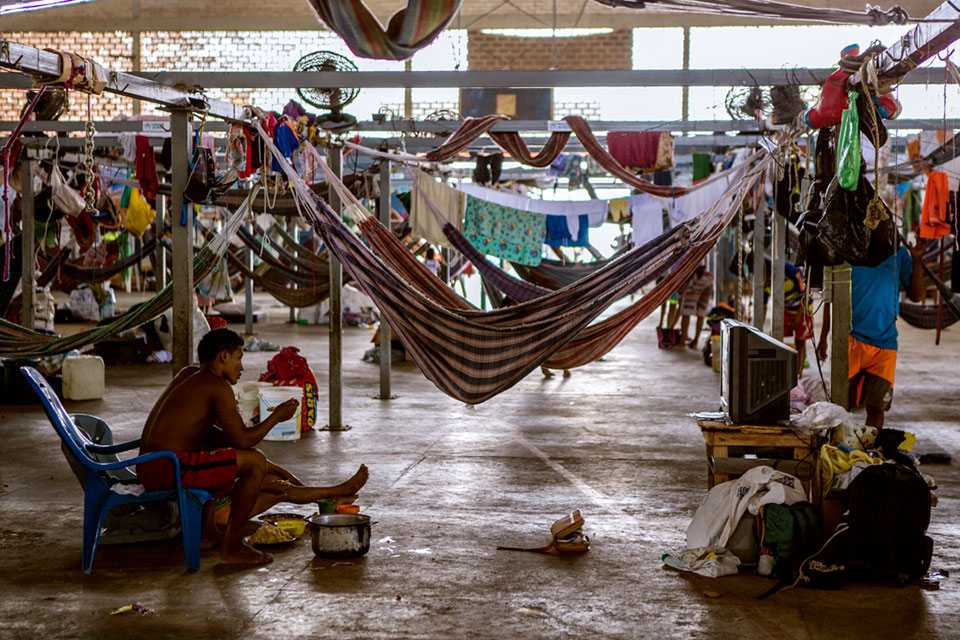 At Pintolândia, a shelter exclusive to indigenous people coming from Venezuela to Boa Vista (Roraima, Brazil), UN Women supported women from Warao and E'ñepá ethnicities to have their own income by making and selling handicraft. Photo: UN Women/Felipe Abreu

“This was the first support I had in Brazil,” she said. “They saw my depressive emotional state and the psychologist helped me leave the dark hole I was in and face reality as it is. I am now more connected to my own strength.”

With unbreakable faith, Jimenez cared for her son and managed the cash she received to buy food he could digest. She also took some economic empowerment workshops.

“We come with this idea that we will arrive here, and everything will be provided for us, but this is not true,” she admitted. “The course I did with UN Women about financial education taught me how to save money and use it more wisely.” 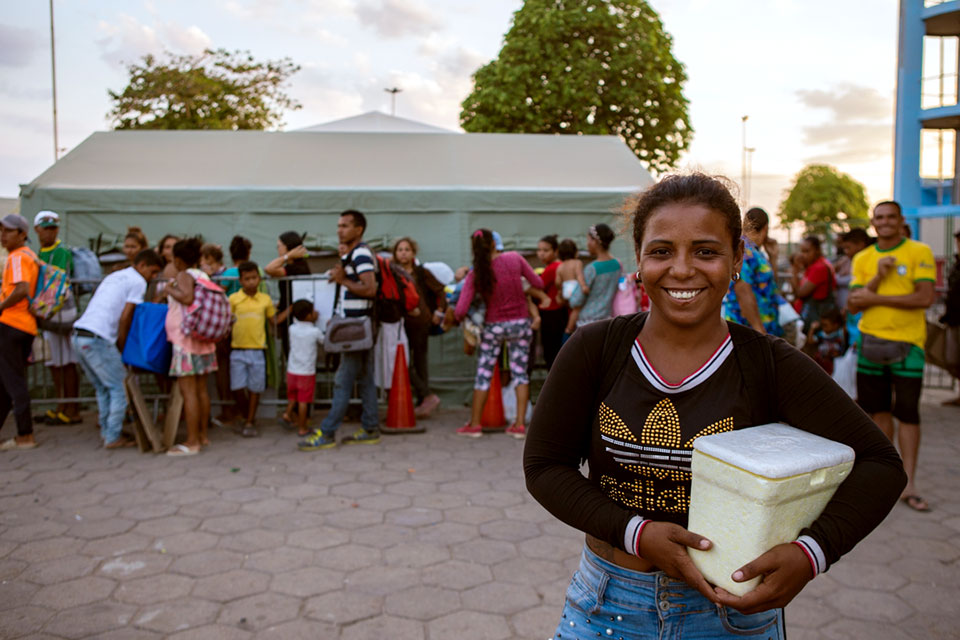 Esperanza’s name means ‘hope’ in Spanish. After receiving emergency cash and taking cooking classes provided by UN Women at Boa Vista, her hopes of a better future for her family were renewed. Photo: UN Women/Felipe Abreu

Run in partnership with the Public Defender's Office of Roraima State and the Federal University of Roraima, private-sector and UN agencies, the workshops have reached 1,148 women and 177 men. Themes are decided based on what women consider they need most: conflict resolution, professional qualifications, entrepreneurship, cooking and handicraft classes, and conversations with men on non-violence and shared responsibilities.

Gabriela Avila, 33, instructed Briggitte Jimenez and another 107 women on the skills that she also had to learn—how to save, spend and invest the financial aid received. Read her story» 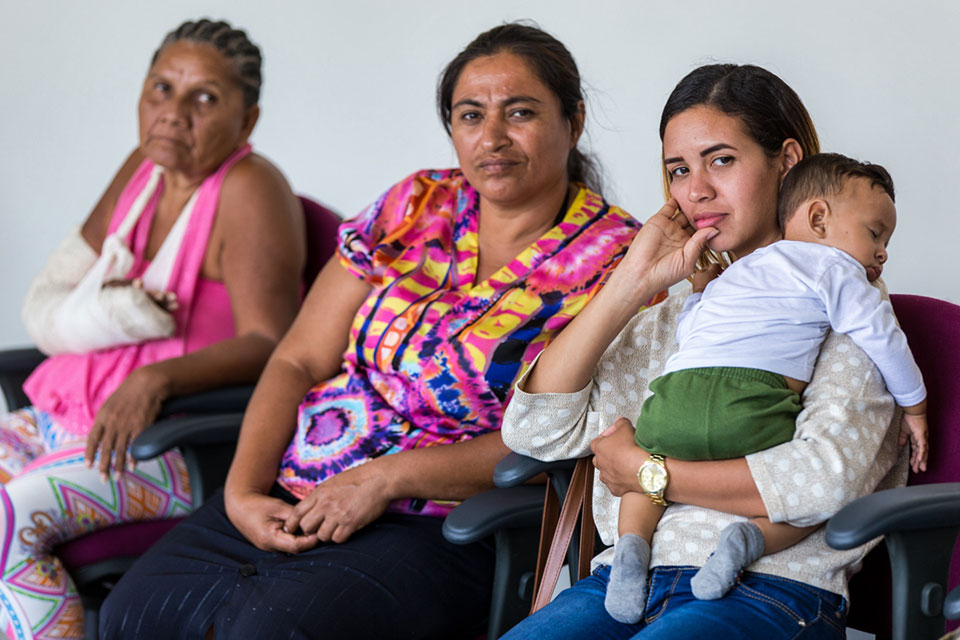 In safe spaces provided by UN Women, migrant women share their life stories and learn from each other. Photo: UN Women/Felipe Abreu

In the first three months of 2019, 609 women were seen in Boa Vista by UN Women’s multidisciplinary team composed of a psychologist, social assistant and a lawyer. After screening, 67 accessed free psychological treatment, 77 received legal advice and 443 obtained emergency cash that they can spend on their urgent and immediate needs.

“When we started working in the field, women used to tell us they felt they were being heard for the first time since they arrived in the country,” says Fernanda Givisiez, UN Women’s Psychosocial Support Coordinator. 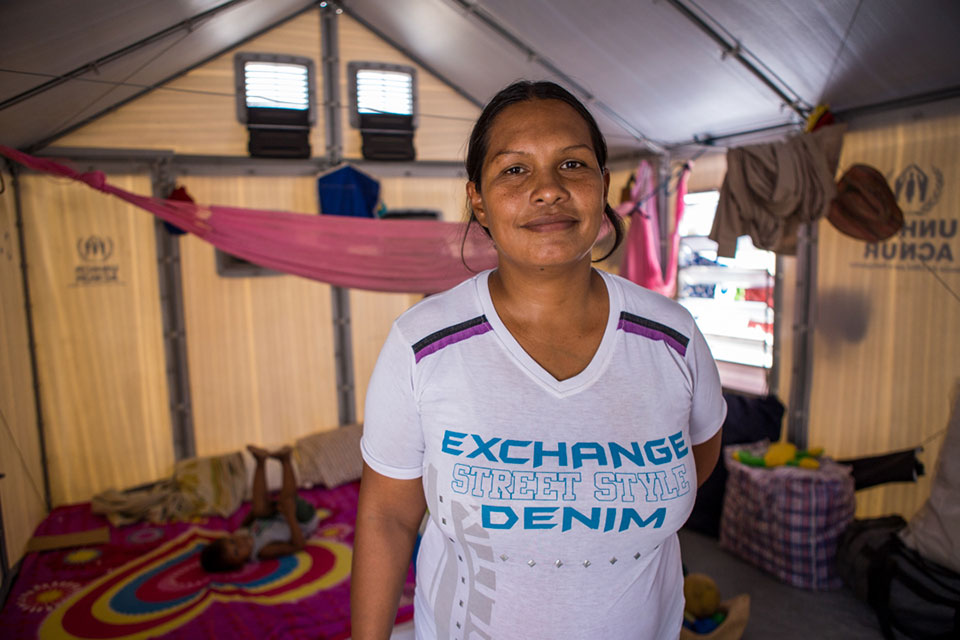 "If it wasn’t for the group, I would be probably isolated and bitter in my tent”, says Jenny, who, with UN Women's support, now leads a group of women that produce piñatas as a new source of income. Photo: UN Women/Felipe Abreu

UN Women’s field office opened in Boa Vista in November 2018 to bring a gender perspective to the national humanitarian response. According to the latest statistics from Brazilian Federal Police, some 500 Venezuelans are entering Brazil daily. Roraima state registers the most, at 10,000, half of whom are currently living in shelters and others who don’t have the means to rent a home, live in the streets or squat in abandoned buildings.

At Pintolândia, in an emergency shelter exclusively for Warao and E’ñepá indigenous groups coming from Venezuela, women are also receiving income-boosting skills, such as to increase their handicraft production. 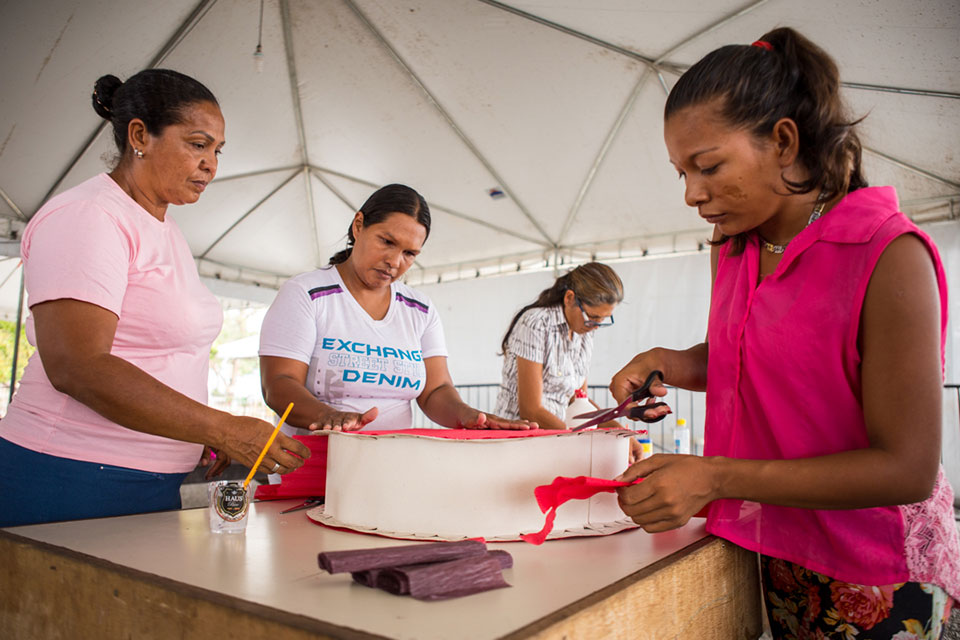 “We are showing the culture of our ancestors and this makes us feel stronger,” says Oriana Gonzalez*, a 54-year-old Warao woman leader who is teaching younger women to make baskets, key-chains, necklaces, bows and arrows. 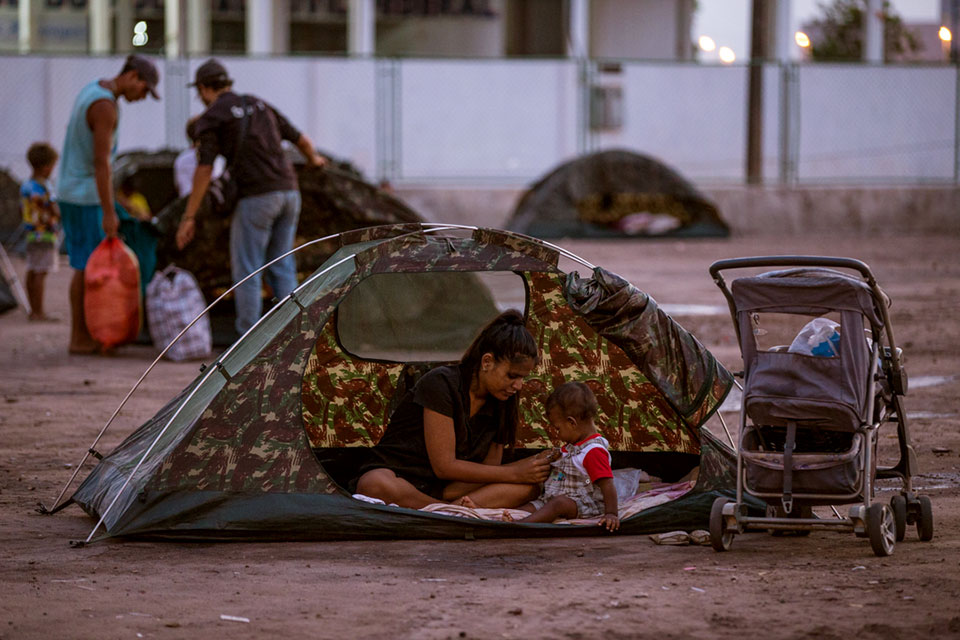 In migration, women face extra vulnerabilities related to sexual violence and exploitation. When they arrive at Boa Vista, most of them have to live in the streets until they find a place in a shelter. Photo: UN Women/Felipe Abreu

“Our role here is to save women’s lives,” says Flávia Muniz, UN Women’s Safe Space Coordinator. “And we do so by giving women hope and practical tools—financial aid, psychosocial and legal support, referrals to public services, educational workshops to develop and strengthen their skills, and safe spaces for women to care for each other.”

UN Women is also training public officials on the additional and unique obstacles faced by women as migrants and asylum-seekers.

*The names have been changed to protect the privacy of individuals.

Update: Briggitte Jimenez’s son died a few months after her arrival in Boa Vista. She returned to Venezuela, only to return to Brazil two months later – driven by hunger and scarcity. She continues to take UN Women’s vocational training and is receiving psychological counselling.